Why Vine is dying on the…well…vine

Earlier this year when Twitter unveiled its new video-sharing, GIF-like-producing app, Vine, I was a little skeptical. 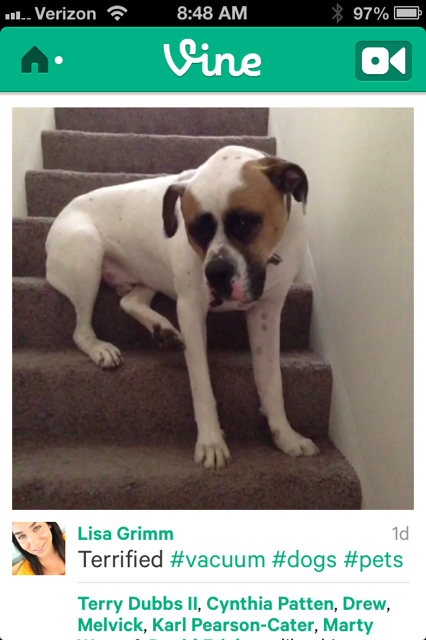 But, I seemed to be in the minority amongst my cohorts in the marketing field. People were posting Vines everywhere. Celebrities like Jimmy Fallon were in the on act early on (but he hasn’t posted a single Vine since Feb. 28, FYI). Brands were getting in the act. Media outlets were lavishing praise on the app left and right.

But, I was still skeptical. I usually am when the vast majority of folks get so excited about a tool or technology. Think QR codes.

But, it’s not just my personal opinion here. Take a look at the numbers:

* Vine grew its monthly active users by 50% in the first month, and it was used on 2.66% of all iOS devices in the U.S. by the end of February, according to TechCrunch.

* Roughly 4 percent of highly active Twitter users shared a video through Vine or a top competitor between January 24 a and February 24, 2013, according to RJMetrics.

* Vine has been used by 2.8 percent of highly active users (source: RJ Metrics).

* During the one-month period, 98 percent of the same group shared at least one photo through a leading photo-sharing service (again, source: RJ Metrics)

And that last stat holds the rub. Photo sharing still rules the Web. Video capturing and sharing is quite a ways off.

It’s not that capturing the videos on Vine is all that though–they’ve made it quite easy, in fact. It’s that there are just so few people who WANT to capture videos.

The reality is that ratio has not changed. And that’s why Vine is dying on the vine.

Capturing photos is a part of many people’s lives. They take photos of their kids. Their dinners. Their vacations. Their cats.

But, very few people in contrast take vides of those same things. Or, anything for that matter.

Add to that the cool filtering options that Instagram adds to photo capturing and sharing, and you just can’t trump that with Vine.

Make no mistake, I like Vine. I think the way they’ve made creating 6-second GIFs as simple as they have is absolutely amazing. But, it’s just not ready for mass appeal. And, the truth is, it may never be.

But, that’s just my opinion. I asked a few other folks why they’re NOT using Vine yesterday on my Facebook page:

* Matt LaCasse: I have it, I just don’t use it as much as I probably could. I personally favor still images. Probably because I haven’t really explored it yet. There’s so many ways to share info…learning best practices for yet another app is exhausting. (Me: I think this is probably a more popular opinion than most people think)

* Ted Saydalavong:  I have it on my iPhone, used it twice and I think it’s pretty stupid. 6 seconds of video is pretty useless, maybe if they increase it to 30 seconds then it might be fun to use it. Also, most of the clips I’ve watched on there pretty lame. (Me: Even tough we’re three months in, the “lameness” factor is still a major obstacle, especially for non-industry-type people)

* Mary Barber: I haven’t used it a lot because when I have tried, it seems wonky. I also don’t like the VERY short time frame, or auto repeat.

* Rohn Jay Miller: I’ve tried and found it pretty useless. You have to shoot the video loop with your phone and there’s no editing functionality. So you either get a cool moment through pure luck or you get something stupid, which is most of the time. Here today, gone tomorrow. (Me: The no editing seems to be the point of Vine, but I thin Rohn’s point is a valid one)