In case you missed it Dallas Mavericks owner, Shark Tank star and one of entrepeneurs I most admire, Mark Cuban, shared this post on Blog Maverick about the future of the education system. 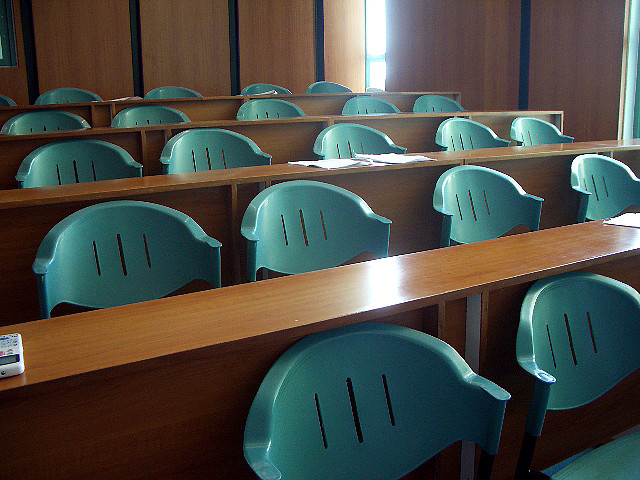 While Cuban made many points worth giving serious thought, including the notion that the upcoming election won’t mean a diddle to the economy, the biggest takeaway I had was that the “college experience” of our children will most likely look a LOT different from the one we all had.

Why? Because college, as we think about it in the traditional sense, may not make financial sense for most families in the years ahead.

I know many people have broken this down in much more detail (and much better) than I’m about to do, but for argument’s sake, let’s say you live in Minnesota. You don’t like the in-state options, so you consider out-of-state universities. Public schools like the University of Kansas (where I went for a year), The University of Illinois. Or the University of Iowa, just to keep it in the Upper Midwest. All three will run you in the neighborhood of 25K per year for out-of-state (that’s an educated guess by the way). That’s roughly 100K in tuition for four years (not including other expenses like rent, food, etc.). And, that’s assuming your child graduates in four years (which many don’t these days).

Now, think about the job prospects for someone in our line of work right now. Not the greatest right. I mean, the numbers just don’t add up. In fact, according to recent reports, almost HALF of all recent grads were either unemployed or underemployed. HALF.

Let’s say, for a moment, you’re among the 50 percent who actually get a job in PR. Great–you’re probably making 40K a year, right? But, you need to pay for rent, food, transportation and recreation. How much is left over to pay down that student loan (which on average, runs about $27,200 these days)? Not a whole lot–maybe $500 a month or so. So, how long will it take you to pay off your loan at that rate? Granted, you’ll make more money over the years, but the rate doesn’t increase by that much that quickly for most folks. So, you’re most likely looking at 4-6 years to pay off that student loan at MINIMUM. And remember, this is BEST case scenario.

Now, let’s look at worst case scenario. You’re in the other 50 percent. You’re unemployed or underemployed. At best, you’re making $10-15 an hour in an hourly wage job. Add it up and you’re looking at $1,600-2,400 a month before taxes. That’s not a lot of take home pay. In fact, it’s barely enough to live on for many. So, that leaves virtually nothing to put toward those hefty college loans. How long will the loan take to pay off at that rate? 15 years? More? At that rate, you might have a student loan payment for most of your adult life (especially for those who double-down and take on graduate school–that’s where it gets really scary).

Does this sound like the type of financial situation you want to put your kid in? Me neither. That’s why, as a parent, I’ve been rethinking the possibilites.

And, from a PR perspective, this is why the future of our industry may not be learning in a university classroom in 10-15 years. The education system may change (in some ways, it already has with options like the University of Phoenix and Capella). Sure, it makes sense for some. But I would argue for an increasing segment of the population the education system will soon be out of reach (if it isn’t already). And, if it’s not out of reach, it’s putting our young people in an impossible financial situation for a big chunk of their adult, working lives.

So, what’s the answer? I don’t know. But, like Cuban says, the market will respond and offer alternatives. It already is. And those will continue to evolve.

For now, I’m concerned about my kids. I’m searching for alternatives and the best opportunities for them.

But for the PR industry, I’m not entirely convinced anymore it revolves around a University classroom.

What about you? What do you think about this whole trend? Does the future of our industry reside in the traditional classroom? Or, will online and alternative venues make for a different brand of education in our future? Or, will something else emerge as a viable option?