You remember that Seinfeld episode? The one where George lands the job with the NY Yankees? Remember how he got the job? By doing the opposite.

Brilliant, right? For George, his whole life had been a series of bad decisions. By simply flipping his thinking and doing the opposite, he had to be right, right? 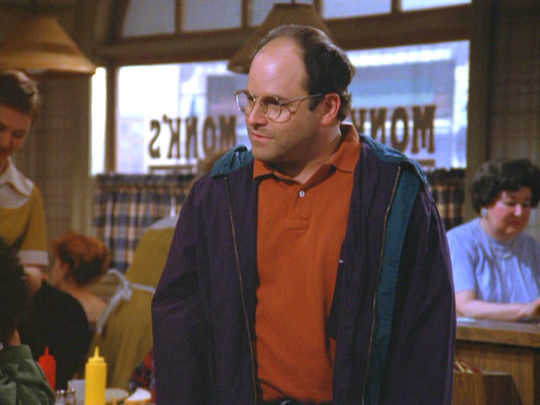 Real life’s not that easy, obviously. And, in the marketing world, life is certainly more complex. But, let’s think about this opposite thing for a minute and how it relates to companies and social media.

Let’s just look at a few of the typical company approaches to social tools and strategies and what would happen if some of these companies actually did the opposite–just like George did:

Let’s write a blog post about the cool new project our engineering department is putting together.

Write a blog post about the problems this new project solves for your customers–from THEIR perspective (not yours). In fact, why not give a specific customer (maybe one who interacts with you regularly on Twitter) an interview opportunity with one of the team members and ask THEM to write the blog post?

Let’s tweet this event one of our partner organizations is facilitating.

Might be valuable information to your customers/audience, but I’d actually go a different direction with this one (maybe not the opposite direction, but hang with me here). I’d live tweet the event–from your perspective. And put some personality behind it. Get some pics at the event. Share some “overheard” quips. By live tweeting the event, you’re giving those who don’t have a chance to attend a glimpse from afar.

Viral videos don’t exist. If it really was “viral” you’d have little reason to share it on your own Facebook page. Instead, look for discussion topics your Facebook community actually cares about and play to those. Don’t know what those are? Just ask them! Create content your customers value.

Your Facebook community is typically made up of your biggest supporters. In many cases, you don’t have to “convert” them. Instead, generate content with that lens on (they’re your biggest fans). For example, one of my clients is a bike advocacy group. On our Facebook page, we typically don’t try to convince these people to bike more–we assume they already are. Instead, we play to that pride factor–that they are huge bike proponents and want to help us spread the message.