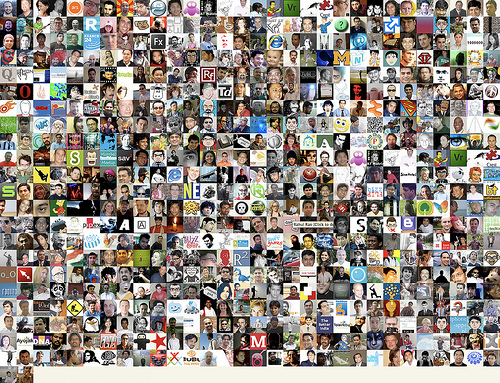 I had a sad realization a while back. Twitter’s just not the same anymore. It’s not the same exciting place it was 2-3 years ago. Today’s Twitter is more crowded. More SPAM-filled. And full of a different crowd than when I was spending more time on the platform a couple years back. Friend and local PR pro, Kary Delaria summed it up well recently over at Gini Dietrich’s blog.

It was inevitable. More users. The industry is evolving. Many reasons.

But, I noticed a while back that there’s an interesting trend emerging around who’s still on Twitter–and who’s not.

I see a number of clear “personas”–people who are using Twitter for different reasons:

Mostly talking about digital and interactive agencies here, but you do see some folks from traditional shops, too. Twitter is an extension of their new business networking toolbox–they’re using it to uncover leads and build relationships (smart).

Much like the new biz person above, the small agency owner needs to be on Twitter in many ways. For credibility (if they’re selling social) and for nurturing referral sources and potential leads. Think Gini Dietrich here (who’s seemingly on Twitter ALL the time–not sure how’s she’s doing that).

Probably not on Twitter as much as some of the others on this list, but there’s also probably a bit of cross-over with the agency owner persona on this one, too. In this case, I’m not thinking so much about folks like Brian Solis–more like Jason Falls.

Twitter is a god-send for the job seeker. The ultimate door opener. A great networking tool. Between hash tags like #happo, industry chats like #pr20chat and #journchat and plain old networking, there’s really no reason *not* to be on Twitter if you’re looking for a job.

OK, so those are the folks we know who are ON Twitter. Now, let’s talk about who’s NOT on Twitter:

People who are doing the actual work

This one’s pretty simple folks. And it highlights my main point. Do you notice who you don’t see on Twitter all day? Mid- and lower-level agency people and corporate digital marketing folks (for the most part). Why?

Well, for the agency folks, it’s largely because they’re billable. And if they’re on Twitter, they’re not billing. And, because they’re usually busy as all get out. So, if you’re billing 8-12 hours a day, you certainly don’t have an hour to hang out on Twitter (unless, of course, you don’t enjoy seeing your kids or family).

For the corporate folks, it’s usually because they’re locked up in meetings most of the day. Tough to check Twitter when you’re in a conference room all day. Many corporate folks also face a different challenge. As it turns out, many companies aren’t comfortable with their employees chatting on Twitter all day long. In fact, according to B2B Social Media’s Jeffrey Cohen, 31% of companies are blocking social media sites–tough to get on Twitter if your organization is blocking it. And, even if they’re not blocking, some companies just don’t want their employees talking about the work they’re doing online. I have a friend who works for a large Fortune 500 company in town. She’s doing absolutely fantastic work for the company–but you never hear about it or from this person–because she’s not allowed to talk about it.

This trend has been pretty obvious for a while–just really crystallized for me recently. And, what’s even more interesting is that a lot of those people I got to know in the early Twitter days–they’re not on either (at least, not as much as they were before–think David Mullen here). Because, again, they’re busy doing the work. Just today, long-time friend and blogger Kate Brodock took a killer job with Syracuse University–probably won’t be seeing too much of her on Twitter in the near future either.

It’s been interesting to watch as those early adopters have taken different turns and roles over the last few years–and I’m sure we’ll see our online behavior evolve in the next few years as well.