Home Blog PR Who do PR awards really belong to: Agencies or clients?

Who do PR awards really belong to: Agencies or clients?

Not just for the entertainment industry–but for the PR and marketing industry. PR Daily just announced its awards. Here in Minnesota, it’s PRSA Classics time. I really wish MIMA had some kind of awards program here locally (different post).

In the past, I’ve been fortunate enough to be a part of teams who have taken home some of these awards. We won a couple Classics Awards. A couple IABC Bronze Quill awards. Even some MarComm Creative Award I’ve really never heard of before. 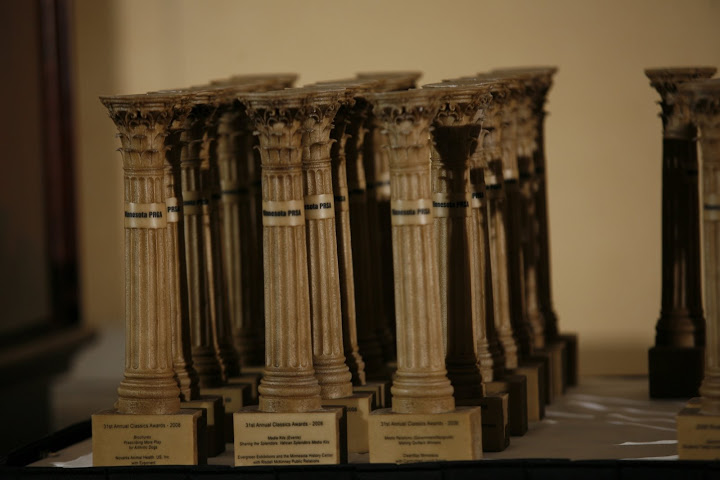 It was a great experience. Submitting the work. Attending the ceremony. Actually winning and accepting the award.

But, as I look back at my experience, I think about how it all shook out.

Most of the awards I was a part of winning came when I was on the corporate side. It was all really due to one huge, organization-wide project I was leading at the time. But, many internal partners were involved. And an outside agency was responsible for helping us produce the strategy, content, design and other deliverables.

So, didn’t they deserve as much of the credit as I did and the company I represented?

The agency’s name wasn’t on the award. Our names were.

The agency didn’t get to walk up and accept the award. I did.

Now, I will admit that I pushed for some of these awards, as I believed we had a great opportunity to win. And, at the time, I was very active within PRSA.

But, this all drives at one simple question: Who do PR/marketing awards really belong to–the client or the agency?

This happens ALL the time. And, I typically see it going both ways.

Of course, the easy answer is “BOTH.” Good client/agency relationships are a partnership. So, when awards are involved, you’re BOTH winners, right?

This stuff happens. If you’ve worked in the industry long enough, you’ve most likely seen it.

So, I’m just curious: As we sit on the precipice of awards season, who do they belong to? The client or the agency?