In late May, the Times-Picayune in New Orleans announced it would be moving to a three-day-a-week publishing schedule shortly. And, that it would also have to cut staff as a result–and re-allocate resources toward helping the digital side of its new business. 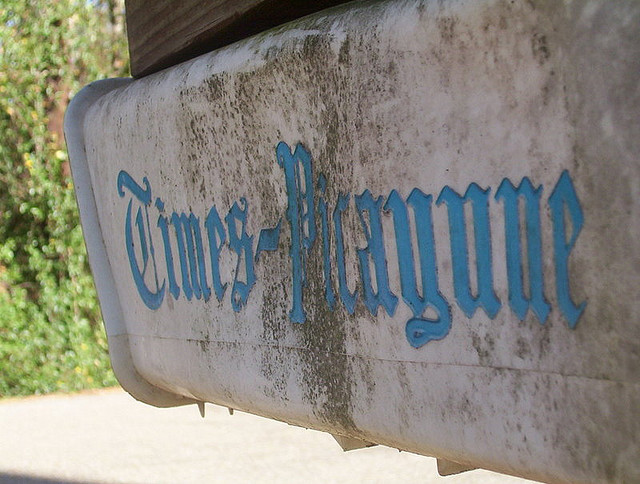 This kind of news is hardly new in the publishing world. In 2009, The Rocky Mountain News shuttered its doors, citing financial difficulties and the fact that the city could not continue to support two newspapers.

But, in New Orleans case, we’re talking about relatively major metropolitan city in the country now without a daily newspaper.

As my friend Adam Singer recently said, “I still can’t believe print newspapers are around.” (I’m summarizing) Now, given, Adam’s at the tip of the digital divide (wayyyyy on the right). But, he’s also an upwardly-mobile young person. Many young people have never read or picked up a hard copy newspaper. And, those are your new readers. Those are your new advertisers. Do you think they’re going to support an industry and vehicle they largely see as “dying?”

So, with Times-Picayune ratcheting down its print schedule and moving to more online content, what does this news mean for us, as PR counselors?

I see a five opportunities for PR folks:

Downsized newspapers means publishers need to do more with less. In some cases, that means cutting full-time reporting staff (unfortunately) and replacing that talent with freelance journalists. Locally, I’ve noticed a few outlets taking this approach. So, instead of pitching a journalist who’s a full-time representative of a media outlet–you’re pitching someone who’s working for a project fee. Bit of a difference in how you pitch them since they may be writing for other outlets as well.

2–A focus on more byliners vs. reported stories

As more newspapers shrink their reporting staff, there’s fewer resources, obviously. But, they still have space to fill. Here’s your opportunity to pitch byline content! Locally, a business partner of mine took this approach with a local publication and it landed the client a bi-weekly byline opportunity through the end of the year! Think about how you can fill the publication’s content holes with your own “editorial” content.

Fewer resources means fewer photographers, too. But again, the media still have a need for photo resources. I spoke with one outlet that has been considering outsourcing a portion of its photography to the general public through Instagram or amateur photos. Here’s another opportunity to the seasoned PR counselor. Look for photos you can shoot to complement your pitches and byliners–making the reporter or editor’s job that much easier.

One job the media are constantly doing–aggregating content around specific topics or stories? Why not help them by doing a piece of this for them? Use tools like Storify to curate your own content around a specific story. The media outlet may not pick up that post–but they may use it as a source in a story.

5–Pitch your subject matter expert as a roving reporter

Since media outlets don’t have the staff to cover events like they used to–but they still have the desire–why not pitch yourself or your subject matter expert as a “roving reporter” covering the event on behalf of the outlet. This puts you in the reporter chair–so there will be some considerations (need to be impartial and objective, obviously), but it also gets your client or company’s name in the byline–and there’s a lot of authority that comes with that title.

What do you think? What other opportunities are there for PR folks in the wake of the Times-Picayune news?