As you may know, our family cut the cable cord earlier this year. So far, it’s working out great. We watch less TV, and the TV we do watch is much better (appointment TV via Netflix or iTunes). 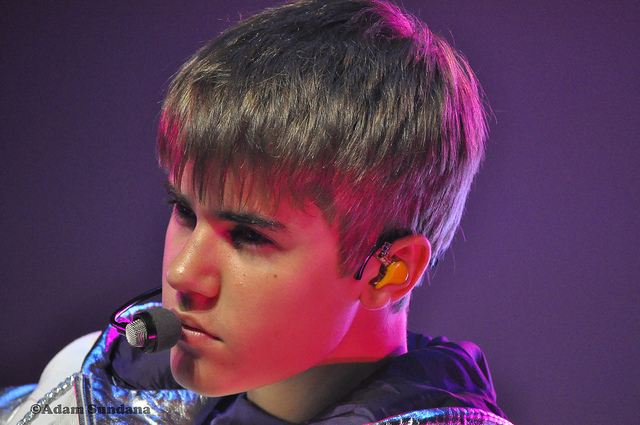 But, last month my daughter stumbled on the Justin Bieber bio-pic “Never Say Never” on Netflix. At age 5, she’s already a fan. We dance to Bieber songs all the time on Saturday mornings in her room (OK, so maybe I shouldn’t be admitting this, but she’s my daughter–c’mon!). So, when she saw the movie, we had to watch it.

Of course, I was a bit hesitant. After all, normal grown men don’t listen to Justin Bieber. Then again, I’ve never done anything the “normal” way. And I happen to appreciate musical genius–and Bieber is a definite musical talent. You don’t have to like him, but the kid has a musical gift. After all, there’s a reason Usher has as much money as he does.

But, here’s the other thing. In watching the movie, it quickly became clear that Justin Bieber is a *PR* genius, too. I counted 7 lessons I learned from “Biebs”–see if you agree:

Bieber is famous for his fan interaction. The one-on-one attention he gives all his fans–not just his “biggest” fans. Consider Avalanna Routh. The wonderful six-year-old, also known as “Mrs. Bieber” for her devotion to the star. Avalanna recently passed away, but before that Bieber had met the young girl and buoyed her spirits with the amount of time he spent with her. Just one example of the way Bieber connects with his fans–even the ones that have little chance of making it to the arena to see him. As communicators we focus a lot of time and energy on attracting many eyeballs–but we rarely focus on just two. But, can’t that one-on-one attention turn into the rabid word-of-mouth so many companies crave? Just look what Bieber is doing…

There’s a nice scene in Never Say Never where Bieber’s people are trolling the streets of Toronto before a show just talking to young girls in a neighborhood. It’s obvious the young girls are Bieber fans. After chatting with the girls a bit, the team offers the girls tickets to the show. The girls are floored. They go nuts. They scream. They jump. And they jump some more. And, then they run off to most likely tell everyone they know how Justin Bieber gave them free tickets to his concert. By giving away those free tickets, Bieber not only cemented loyalty with two life-long fans, he probably won over 10 more people–the friends and families those two girls told this story two for the next month. Many companies struggle with giving products, services and ideas away for free. But the reality is–the more you give, the more you get. I mean, isn’t that the mantra we were all told as kids? How come we forget that when we start working on behalf of organizations?

I challenge you to fine ONE moment in Never Say Never where Justin Bieber doesn’t have a smile on his face. I mean, he is the epitome of a photogenic kid. And it comes across naturally–he’s not faking it. He’s having fun. He’s enjoying himself. Something we could all learn from–not just in PR.

The power of one fan

You know the song “One Less Lonely Girl”? Well, I do because it’s my daughter’s favorite Bieber song. In the movie, Bieber makes a habit of picking one girl out of the crowd during the concert and asking her to come on stage for this song. He gives her roses. He puts her on a pedestal (literally). He basically makes her feel like the most loved and important person in the room. It’s basically ever Bieber fanatic’s dream come true. Why does he doe this? Because he understands the power of one fan. And the power of all those other Bieber fans seeing that one fan realize her dream. How can you channel the power of that “one fan” for your organization?

It’s all about the hair

Just kidding. Got you though, didn’t I? 🙂

In the movie, Bieber asks Jaden Smith to perform with him at his huge show at Madison Square Garden (as well as Ludacris and a few others). This is obviously a tactic performers have been using for years–bringing in other performers to give their show an extra oomph. In this case, I don’t think Bieber needed the extra “oomph”. So why do it? Because Bieber seems to be all about his community. His fans. His road team. His family. His partners. Think about what this means for your company. What partners do you have that you can promote from time to time? Can that help you achieve any of your strategic goals? We spend so much time thinking of ways to promote our own businesses, we sometimes forget that we can reach our target audiences through our partners from time to time, who are usually more than happy to help contribute to our success.

There’s a scene in Never Say Never where Bieber’s voice coach is coaching him on canceling one show to save the entire tour. Bieber had issues with his vocal chords after playing some 100-plus shows without missing a single one. In that scene, you can tell Justin wants to do the show. He doesn’t want to let down his fans. He doesn’t want to miss a single show. This is one hard-working kid. But everyone around him is telling him he has to postpone this one show to save the tour. Don’t fall into the same trap Bieber almost fell into. Work hard–just don’t work yourself to death. I have a saying I picked up from a mentor and boss a while back–“don’t work harder, work smarter.” So, so true.

OK, those are the lessons I learned from the Biebs (did I really just write that?). What about you? If you’ve seen the movie (read: If you also have a five-year-old daughter), what do you think? Any lessons to add?