ICYMI, last week, Target was at it again: Back in the news feed.

This time, they were taking some heat for its decision to label toys in a more gender-neutral way. That is, until Mike Melgaard started chirping in. This AdWeek post tells the full story. In short, Melgaard was “trolling” Target–but only for a short time (when it was put to a stop, apparently). 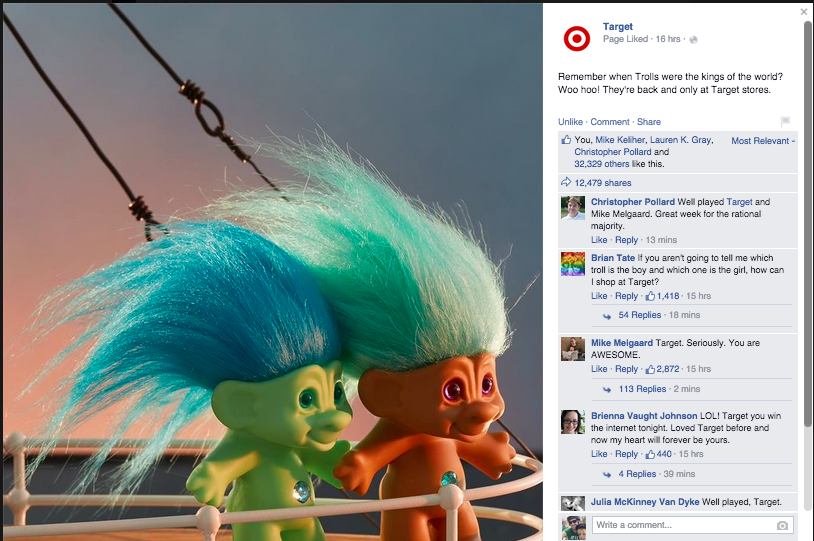 Here’s Target, a Fortune 100 company, having a little fun with itself, acknowledging a huge issue it had on the internet just 24 hours ago!

Except, maybe it wasn’t so savvy and skillful.

Maybe it was just luck.

As Danny Olson of Weber Shandwick fame, aptly pointed out in a Facebook posts where I had shared the AdWeek article, Target had been promoting the trolls for several days before the Melgaard incident. In fact, they had made several posts on Twitter and Instagram earlier in the week: 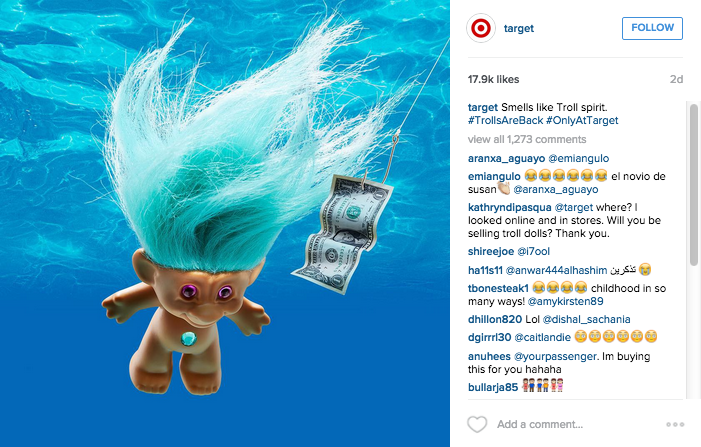 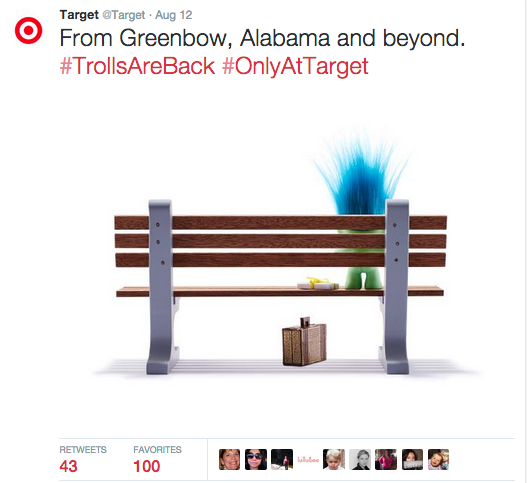 Meanwhile, everyone (again, including AdWeek–and myself, I might add), was lauding them for their smart move.

But, was it really smart, or was it just serendipitious timing?

Most likely, it was the latter.

But here’s my position. Let’s say this troll content was planned out months in advance. Let’s say it had been in their editorial calendar for more than a couple weeks.

Then, Melgaard happens earlier in the week (Sun-Mon, from what I can tell). The troll content is just staring at them in the edit calendar. Posts for Tues-Thurs. this week. Do they take the posts down, eliminating all risk of continuing the troll-like behavior they were seeing on Facebook (and effectively keeping the story in the news feed)? Or, do they keep the posts up and have a little fun with this? Almost a nod to Melgaard’s trolling attempts?

They could have easily done the former. I would argue many brands would have taken that stance. And, I probably wouldn’t have faulted them for it. Risk mitigation 101. Not always the best course, but limiting risk for a big company like Target sometimes wins the conversation.

But, they didn’t do that. They kept it up. And, I think they should be applauded for that–just a bit. Look, I’m not ready to crown them king of social media, but a tip of the cap, I think is well within the bounds of what’s allowed here.

So, did Target get lucky or were they strategic with their troll posts last week? I think it was a little bit of both.