Sure, we all know Facebook and Twitter have become absolutely critical to many media and publishers when it comes to sharing and distributing news stories.

But, for most media outlets, that has meant to things:

* Merely sharing stories on those two networks–sometimes with paid advertising to support the stories (see: Any of your local media).

* Reaching a good percentage of that Boomer and Gen X audience, but not reaching the Millennials and Gen Z audience as much (key to the future of news media business, obviously).

However, there are a small number of media and publishers that have been experimenting with newer and more “out of the box” ideas when it comes to sharing the news via social media.

Let’s take a peek at how some media are using different, newer social networks to reach that younger audience via social media distribution: 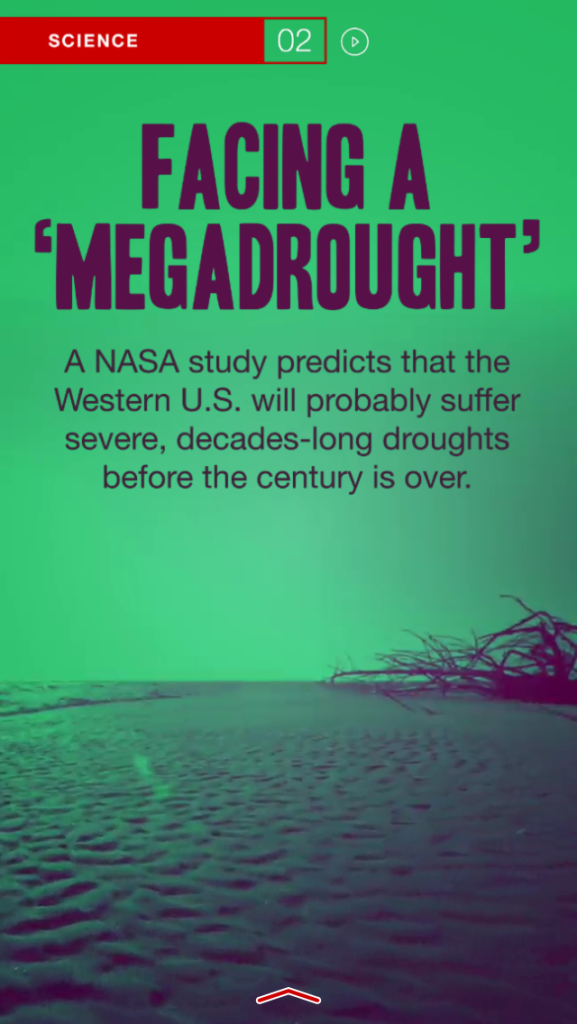 I wrote about this last week, but Snapchat’s new Discover tool may be one of the best things about Snapchat (for me, at least). A number of publishers have a presence within Discover including CNN, ESPN, and Vice. What’s beautiful about Discover is it’s easy to access on Snapchat (if you’re a power user, this is a big perk), and it gives you a quick glimpse at the news in different areas (world vs. sports vs. fashion) in about 2 minutes or less. My personal fave: The loops of sports highlights on ESPN (including the buzzer-beater by West Virginia over my Kansas Jayhawks earlier this week–damn you WVU!). Not too many other social apps have figured out the publishing angle yet. But, I believe Snapchat has. And kudos to the publishers on the forefront of the Discover tool. 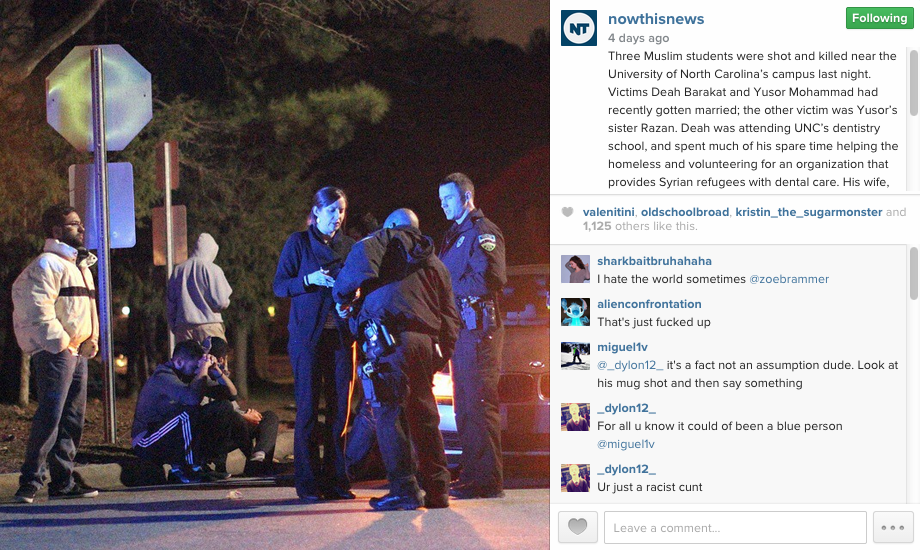 Now This News was one of the first media outlets I noticed that was really delivering the news in different ways. In this case, I noticed them using Instagram (and Instagram video, primarily) to deliver the news on a platform that has become well-known for cat, dog and food pics. Interesting, right? But, Now This News continues to see results from its approach. 136,000 fans on Instagram. And each post routinely solicits 1,000-plus likes and slews of viewer comments. Just one way Now This News is reaching that younger demo (see Snapchat and Vine for other examples). 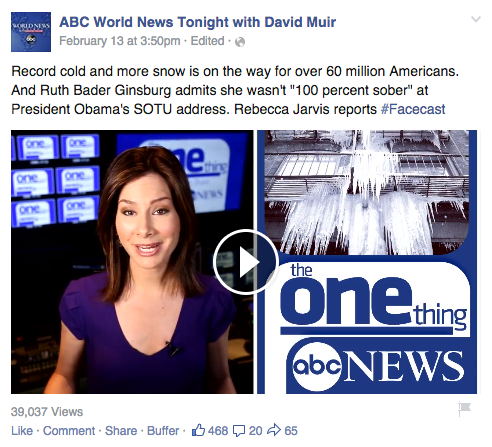 Go check out all the national media outlet Facebook feeds sometime. All they do is share links to stories. A few will feature a clip of a newscast from time to time. But, other than that, you won’t find much. That is, until you stumble upon ABC World News Tonight with David Muir. They started implementing a “The One Thing” video once a day that encapsulates the biggest stories of the day in two minutes or less. Rebecca Jarvis or David Muir usually anchor. It’s an interesting way to present the news (actually very Snapchat Discover-esque)–and very much on par with what some of the other outlets are doing with short-form video and chat tools to reach the younger (and/or short attention-audience).

With 229,000 followers, NTN is a serious player (news-wise, at least) on Vine. Most Vines get between 30,000-90,000 loops with a variety of likes and revines. And, not surprisingly, they’re not just reporting on “hard news.” Sure, they include the requisite mix of politics and national/international news stories, but they also mix in a bunch of stories like this one that includes a Mattel/Google partnership. Heads up PR folks–is the new b-roll short-form video for Vine and Instagram?

I’m sure we’ll see more innovation in this area in the years ahead as the news media and publishing worlds continue to evolve. But for now, pretty interesting to note the strategies above some of these publishers are taking to reach younger generations–wouldn’t you agree?