The online corporate newsroom has undergone big shifts in the way it looks and operates in the last 15 years–for sure.

Remember when online corporate newsrooms used to consist of a list of news releases and nothing more?

Heck, many corporate online newsrooms still DO look like that.

And therein lies the problem.

The cold, hard fact is this: Corporate online newsrooms really haven’t evolved as much as we’d like to think in the PR industry.

Take Kohl’s, for example. Here’s a glimpse at their newsroom home page.

Pretty basic, right? But, OK in the grand scheme of things. Until you click on “Read more.” Then you get this. 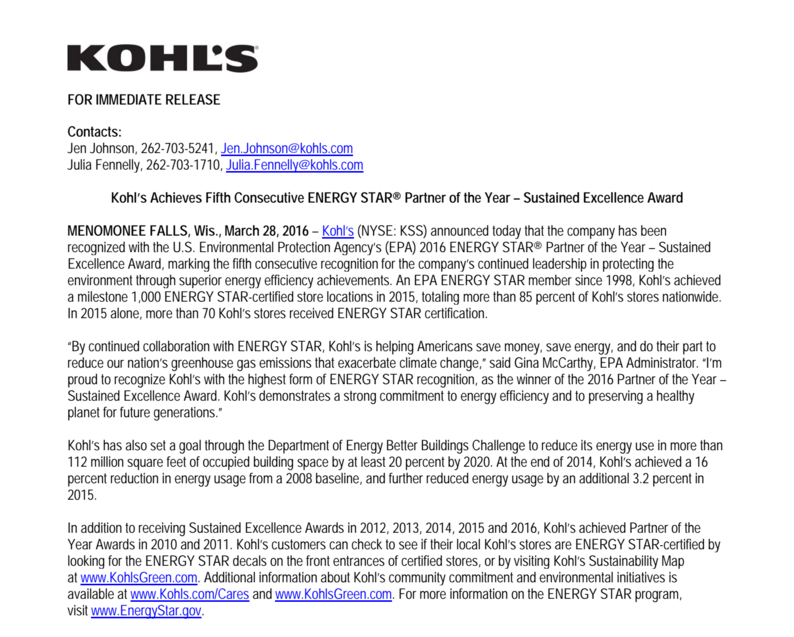 Yep–that’s a Google doc of the full news release. Now, I’m not hear to lay into Kohl’s. But, as an example, this highlights the current state of a decent amount of large-company newsrooms. They’re serviceable from a media standpoint, but are they optimized to serve a bigger purpose and multiple audiences?

This more broad-based approach to a newsroom makes a lot of sense for a few different reasons:

Think about it: When was the last time you saw a friend share a news release from a Facebook post of a big company? Yeah, that’s what I thought. With social being such a big part of the PR “ecosystem” now, this is a big angle.

The increasing importance of the visual web

News releases are inherently and historically text-driven (again, reference Google doc news release above). Blog posts, on the other hand, tend to be more visual. They include big visuals of people and and products. They include infographics. They include embedded videos. All things people regularly consume on the more visual web of 2016 (and, all the things media are looking for now, too, by the way).

Now, not every large company is taking this approach. But, I want to highlight three that are–and doing it quite well.

OK, so at first glance, Walmart flies in the face of my whole thesis. They do actually post news releases to their site. But, they do it in a way that looks and feels like a blog post. See below.

What’s more, the feel of the site is much different than a garden-variety newsroom. Take a peek. Big visuals. Limited text. Actually, it looks a lot like a Pinterest or Instagram page. 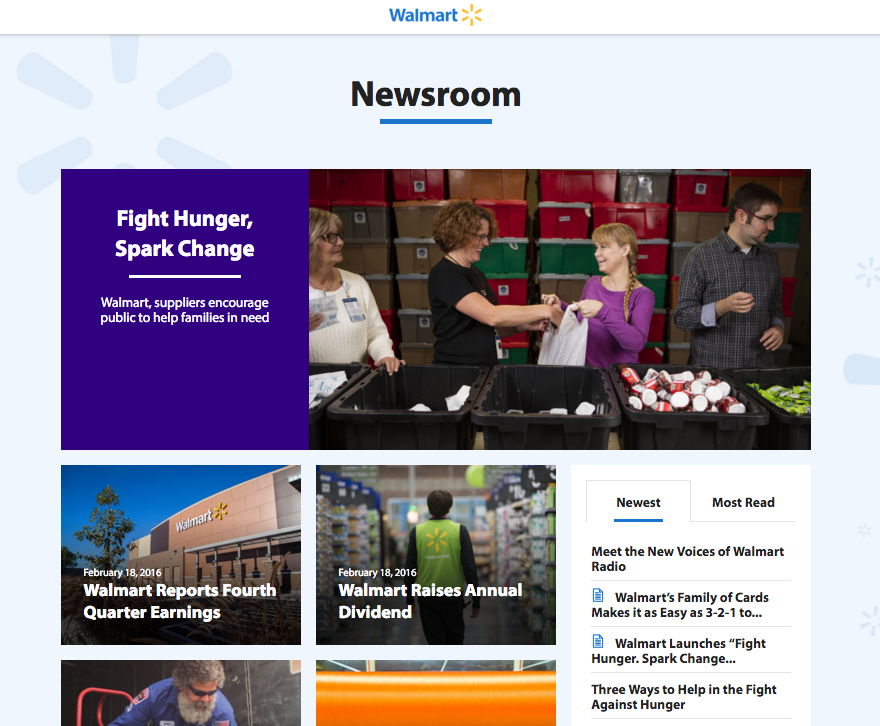 Back to the content. With most “releases”, Walmart takes another key step outside of posting them here. It links to another, more “fully-featured” blog post around the same topic at the bottom of each release. In this case (see below), it’s a more consumer-facing post about how folks can help in the fight against hunger (which Walmart is supporting). Nice way to bring the “news” to life for customers.

Best Buy posts zero news releases to its site (at least as far as I can tell). Go ahead–take a peek at bestbuy.com. What they do instead is post news in the form of blog posts on its corporate site. 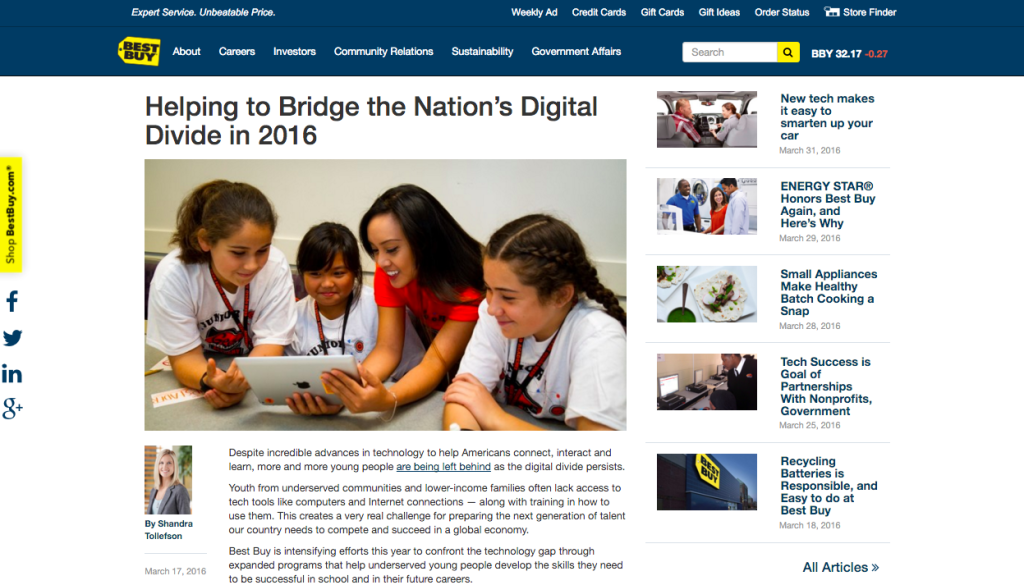 These clearly look more like stories/blog posts than news releases. But, they are also clearly news-driven (read: PR-driven). Another example: 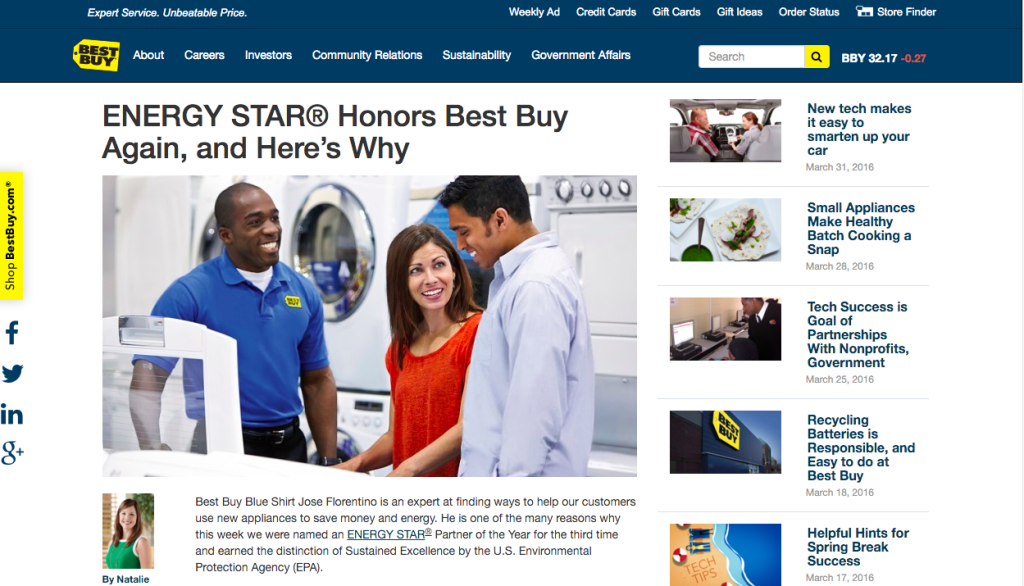 Here’s the media play–check out the bottom of each post. It lists a media contact and the ability to download other media assets. Smart and slick. This way, BBY gets best of both worlds–a story they can share across different channels, and a story they can pitch to media (and a story media can FIND on their site). 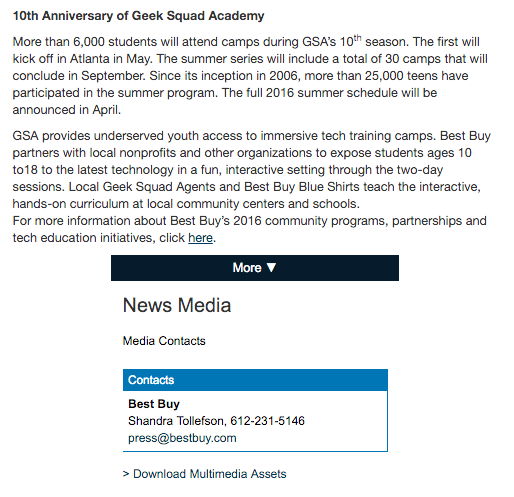 Sure, Starbucks technically post news releases to its newsroom. But, it feels more like a blog than a “newsroom. Just look at this recent post about its newest stores:

But not all the posts to the newsroom are in “news release” style. Sometimes, Starbucks is finding a way to get creative with more mundane and recurring corporate news: Such as when the CEO speaks at the annual shareholder meeting. Starbucks turned this annual opportunity into a short post with an interesting graphic: