Home Blog HAPPO|PR Should you put MBA behind your name on your LinkedIn profile?

Should you put MBA behind your name on your LinkedIn profile?

A tremendous achievement. A great honor. And another step in their lifelong commitment to always getting smarter as a professional communicator/marketer.

Not coincidentally, all three work on the corporate side, where the MBA has almost become a prequisite of sorts for senior-level jobs. 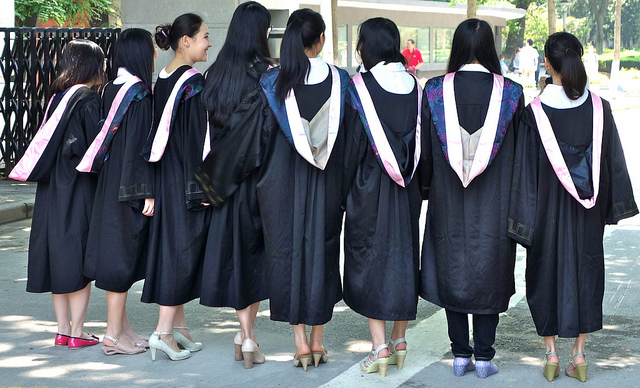 In chatting with a few other people in the last week, the topic came up: Should I put the initials, MBA, after my name on my resume and/or LinkedIn profile?

We’ve all seen it both ways. And, I believe this really comes down to a personal decision, but it’s a good question right?

What’s appropriate? Is it lame to put the initials after your name? After all, I know some PhD’s that don’t even use the Dr. title (even though they clearly are entitled to it). So, what makes sense?

Here are the big issues/questions/concerns, as I see them:

You don’t want to come across as too self-promoting

Probably the number-one issue. I mean, if it were me, this would be my top issue. I just wouldn’t want to come across as too in your face about it. Even though, clearly, it is deserved.

On the other hand, you don’t want to bury it either

If I were getting an MBA (and to be clear, I am not),I probably don’t put the initials after my name–I just call it out under the “Education” section on my resume/LI profile. For me, that would feel right. BUT, would recruiters, colleagues, managers and executives then have a propensity to miss it since that would be buried at the bottom of my resume or LI profile? That would be a concern.

Do you really NEED the credit?

That’s the question, right? Is this about the credit–or, is it about the journey and the knowledge you gleaned? I think there’s ample gray area here, but this is a legit question. If it is really all about the journey and your desire to improve yourself, it shouldn’t even matter if anyone sees the MBA on your resume of profile. And I think for many people, this is their approach (I think about my friend Allan Schoenberg here, who is always quick to point out that his MBA was all about the journey–and I don’t see him listing those initials after his name). But, many people want the credit, too. After all, it is a lot of work. And, they want the credit, because ultimately, they want a better job. And that’s why they did it.

But, does putting MBA after your name make you an attention-seeking ladder-climber?

I don’t think so–but I think it does speak to the reason why you sought the degree in the first place. That’s nothing to be ashamed of, but I think it rubs people the wrong way to suggest that. I’ll just use myself as an example–if I were working on the corporate side at my previous job at Fairview Health System here in MSP, I know that you cannot elevate beyond a certain level in that organization without obtaining an MBA (unwritten rule, but I believe it’s there, at least to an extent). If I were still there, and I had aspirations of gaining a director-level marketing or PR job, I would go get my MBA. And, when I was done, I would stick those three little letters behind my name. Because dammit, I want the recognition, and I want that next-level job. That was the reason I pursued the degree–and I need that credit. I don’t think you should hide from that, if that’s why you went after your MBA. And I would in no way feel ashamed of that.

So, what would you do? For those who have pursued MBAs, what did YOU do? I’d love to hear from some MBAs on this because I’ve seen in both ways.