A few months ago, I started seeing articles about robots that could develop actual content if given a somewhat organized data set. In essence, these “robots” were producing content from numbers.

Wait, is this for real? Are robots going to steal communications jobs? ARE ROBOTS TAKING OVER THE WORLD?

After I calmed down a bit, I decided to look into this a bit more for myself. I started by asking for a demo of a tool called “Wordsmith.” 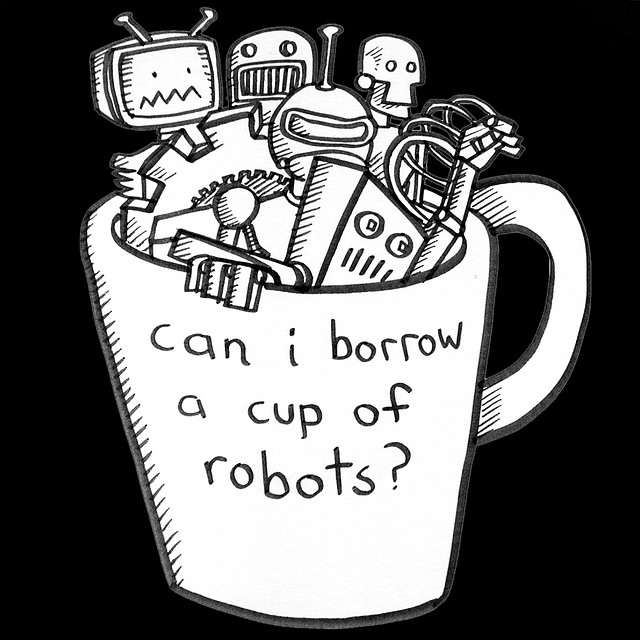 According to the site, Wordsmith “transforms Big Data into narrative reports by spotting patterns, correlations and key insights in the data and then describing them in plain English, just like a human would.”

Sounds pretty cool, right? What does that look like in real life right now?

Think Fantasy Football. Think about those personalized reports you receive that tell you specifically about YOUR team. Those may be written by a robot like Wordsmith. In fact, if you play Yahoo fantasy football, those reports were in fact written by Wordsmith.

And they’re a lot less robotic than you might think.

Want a bit more relevant example to our world? Look no further than AP. Yep, that AP. They’re using Wordsmith to auto-generate quarterly earnings stories–actually, they’re generating a whopping 4,400 of them a quarter. 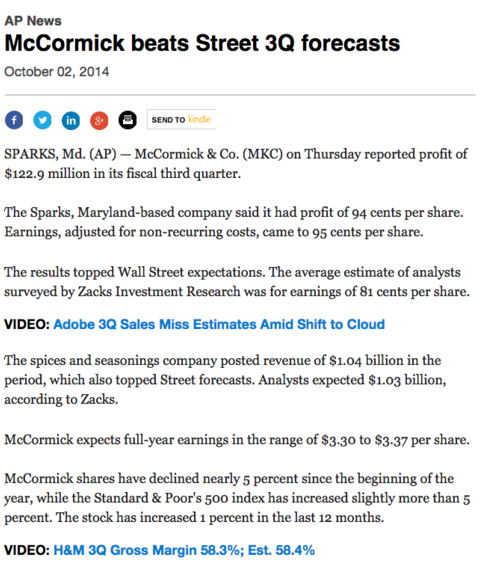 Why is AP doing that? Because those reports were a drain on their resources and reporters. And, apparently, Wordsmith can do it for a fairly reasonable price (check the site) and free up reporters to do more work they’re trained to do (more reporting less almost-admin-type work).

So, what does this look like (conceivably) for us as communicators?

Not a lot, for now. Unless you have a data set you can give the robot access to.

But, in the meantime, as we figure out new uses for this kind of tool, one use that DOES have potential RIGHT NOW: Using Wordsmith to generate monthly reports.

And this is where my demo comes in. I took the 30-minute spin around the block with the tool last week. The Wordsmith folks ran me through just how easy it is to generate monthly-type reports using Google Analytics.

Here’s an example of what the report looked like from my blog: 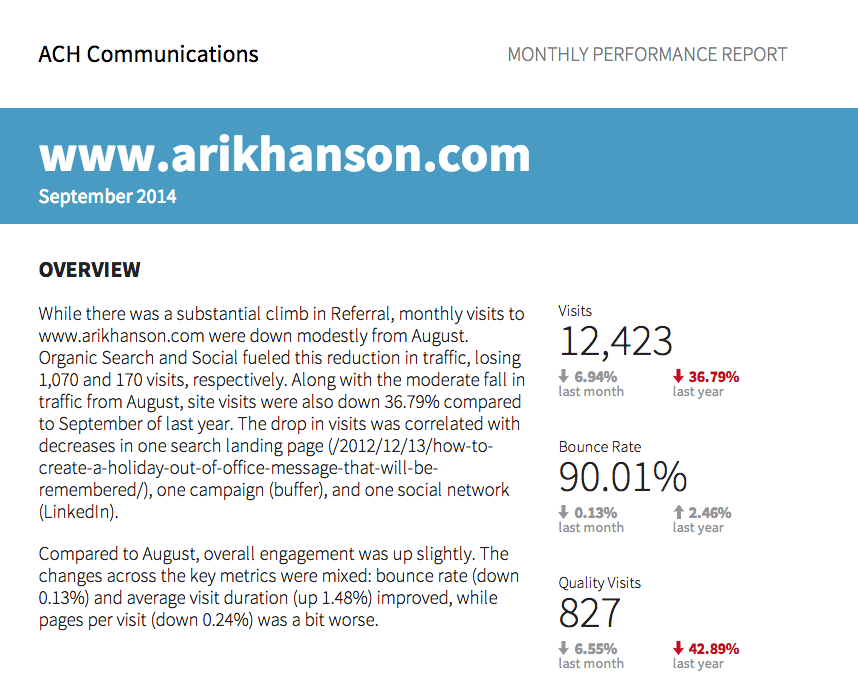 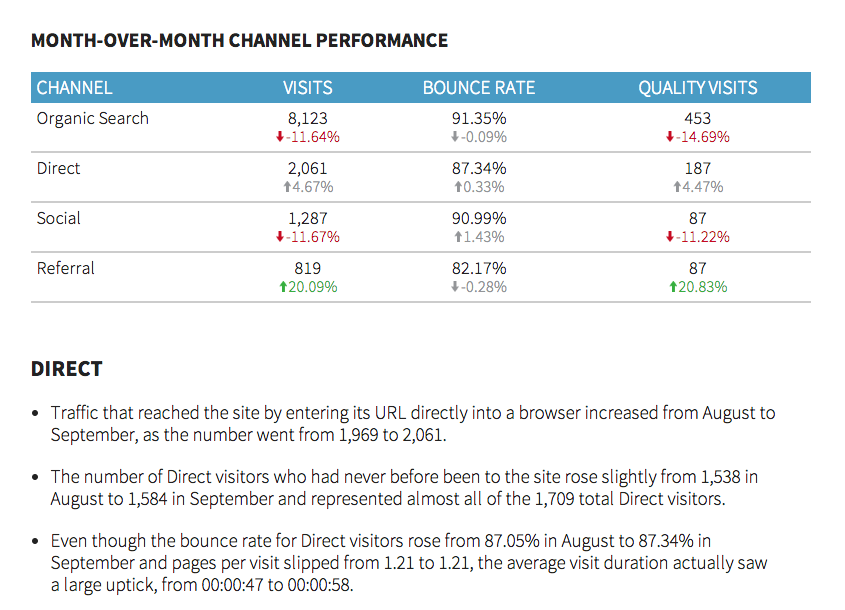 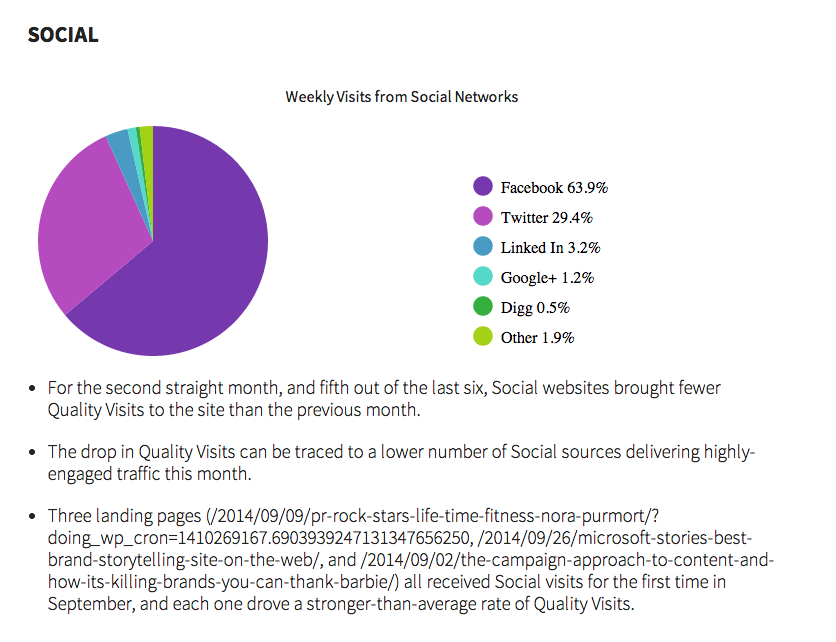 Now, there’s nothing special about what Wordsmith is doing here. Monthly reporting 101. But you know what? This would save me–and vendors and agencies, in general–A LOT of time!

The reports the tool generates aren’t perfect–they need work. But, they’re a good start. With a few tweaks here and there, most are probably client-ready faster than you might think.

It’s worth a look as a time- and cost-saving measure.

For now, I don’t think you have to worry about a robot taking your job. But, tools like Wordsmith may just have a spot in your communications tool basket in the years ahead.