Earlier this week, PRWeek unveiled its annual “Power List”–a list of people they believe are power brokers in the PR business across the U.S. (of course, I can’t read more about the list because PRWeek is gated and I’m not paying $350 a year to read all their content).

The list includes senior leaders at Weber Shandwick, Edelman, Microsoft and General Motors, just to name a few. It skews male (just 18 of the 50 are women) and caucasian/white (just six minorities represented in the list). 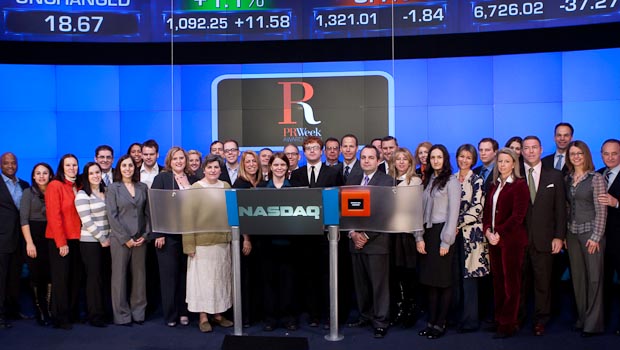 This post could be a rant about that first stat above–after all, this is an industry completely dominated by women. Yet, only 18 of the 50 on a POWER list are women? Seriously? I’ll let Gini Dietrich take that one and run with it.

But for the sake of this post, I want to tackle a different angle. Another aspect the PRWeek folks completely missed. The fact that just SIX of the people on this list DO NOT work on either the East or West Coast.

And, even more astonishingly, there are just THREE people from the Twin Cities and Chicago on this list.

That’s a lot of big businesses based in those markets–almost all of which have senior-level communicators that could most likely make a list like this (and, communicators with big PR/comms budgets, most likely).

I believe a few different factors are at play here, including:

So, I can’t say I’m surprised. After all, Minnesota and the Upper Midwest have been dubbed “flyover country” by New Yorkers for a reason. Why should we start getting respect now?

And then I think about the PR/creative talent in this town (and in Chicago).

And then I think about our history.

And yes, Carmichael Spong Relate’s Julie Batliner is on the list. And that’s fantastic. But that’s one notable leader from Minnesota (the 15th largest DMA last I checked). And, just one more from Chicago (the 3rd largest). And, to add insult to injury: Just one from Dallas (5th), too. And NONE from Atlanta (10th) or Denver (17th)–not necessarily “flyover country”, but definitely in the mid-section of the country.

Six from the rest of the country. And only one from Minnesota.

With all that said, I thought I’d offer up a few suggestions to the PRWeek folks for next year’s list. I know it’s too late for 2017, but these leaders would be ideal candidates to put on the 2018 list. It’s time the Minnesota PR community gets some much-deserved respect (I’m sure Chicagoans have their own ideas, but I just don’t know that many people down there):

Just a few idea, PRWeek editors. Take em, or leave em. Any way you cut it, I’d love to see Minnesota (and the Upper Midwest, in general) better represented in next year’s list.