Last week a friend of mine sent me a concerning email–but one I’ve seen far too often over the years.

He has been interviewing with various companies around town for positions–and not having a lot of luck as of late. That’s understandable–even in an improved market, it can take a few months (sometimes up to a year for more senior-level folks) to find the right fit.

What WASN’T understandable was how the companies treated my friend. 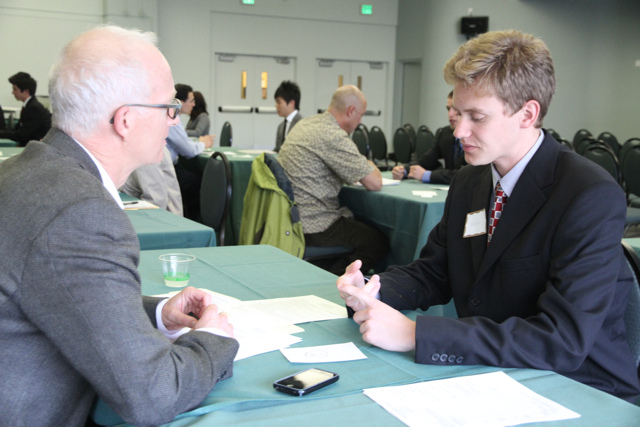 The interview process can be tough–on both sides. Candidates sometimes use interviews to gain an upper hand with their current employers (to ask for a raise, in most cases). And sometimes, candidates completely flake out. I’m not excusing this behavior. It happens. And it shouldn’t.

But, what I want to talk about today is the behavior I see on the company side–and how I believe it impacts future recruiting and overall company reputation.

Let’s look at a few of the mistakes I see/hear companies making, and what impact they may have on the overall reputation of the organization:

Mistake: Failing to call candidates back after making a decision

This has got to be the most common mistake on the list–but it’s definitely the most curious. After all, how hard is it to make a few phone calls and follow up with those people you brought in for that final interview? That takes all of about 15 minutes, right? Now I’ve applied for a lot of jobs over the years and I can probably count on one hand the number of times the company has made a call to me after I didn’t get the job. But, the companies that made those calls–I remember that. It showed me a lot about who they were. Those that didn’t? I remembered that, too. And to this day, I still have a tough time referring people to those organizations. I can’t believe I’m the only one who operates that way.

I’ve heard numerous stories about companies who have made a hiring decision, but interview 1-2 additional candidates “just to have a back-up” in case the first selection doesn’t work out. I understand the benefit to the company here, but this just seems disrespectful to the “backup” candidates whom you’re putting through the paces. Why not just interview all candidates at the same time, make a decision and go from there? This one’s all about showing some respect to your candidates. They will remember if you burn them. And they may not come back again if you do.

Another mistake I think companies make when interviewing–taking FOREVER to do it. If you have a need, fill it. Quickly. Not too tough, right? Now, I realize companies run into issues with buy-in. And things change from month to month with earnings and priorities and such. But, dragging an interview on for months at a time (which is more common than you might think) just doesn’t make sense. If you think the process is going to take a while, communicate that with the candidate. Make it clear that things may slow down considerably. Why is this important? Because the candidate most likely is interviewing with other companies. He/she wants to make informed decisions. How can they do that if your interview process is taking six months? I guess I would tell companies this: Keep your interview process inside two months (which still feels long), or hold on your decision to start interviewing. It’s really not fair to either side.