A few weeks ago, while checking Twitter, I  happened across an interesting hash tag: 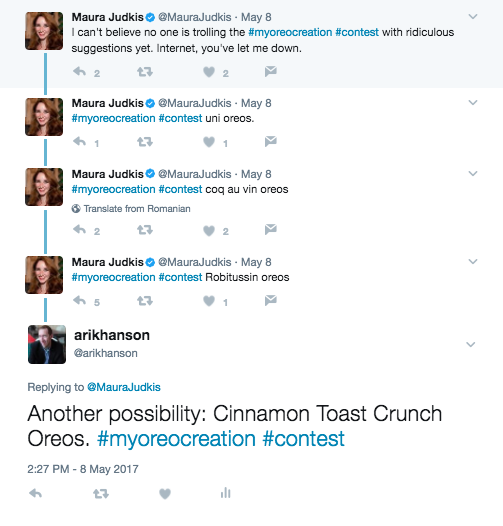 I decided to participate:

A few days later, I received the following DM from the @Oreo account: 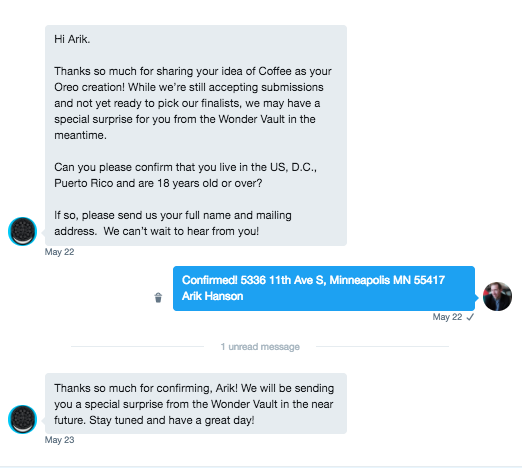 A special surprise from the Wonder Vault? Now I was excited! I mean, actually kinda genuinely excited and curious (mostly because we don’t have Oreos in the house anymore, or I and my kids would eat an entire box in 5 minutes flat).

A couple weeks later, I received said surprise in the mail. Here’s what I received:

You know we’re always on trend. Stay tuned to see if it becomes a reality! #MyOreoCreation #Contest pic.twitter.com/E24wjbX55k