Is the new LinkedIn Today on your list of daily reads?

Widely regarded as THE network for business professionals, LinkedIn is one of those networks most people are “on” but few actively participate.

But, that may all be changing with LinkedIn’s recent beefing up of its publishing platform.

And, “beefing up” may be an understatement.

For many, LinkedIn is the social network they only visit when they’re looking for a new job.

But, for a growing number of people (including this guy of late), LinkedIn is becoming one of the de facto sources of professional and business information.

In 2011, LinkedIn rolled out LinkedIn Today, it’s new publishing platform. The idea: To give LinkedIn members curated news by industry and from the people they conceivably trust most–their professional peers and contacts.

Great idea, right? But, then in October 2012, LinkedIn launched another new feature: The ability to follow influencers (similar to how you follow people on Twitter and Facebook) on LinkedIn. At the time, “influencers” really meant people like Barack Obama and Richard Branson. But today, as promised by LinkedIn, that list has expanded substantially. For example, people like Dave Kerpen and Pete Cashmore have now been added to the queue in the marketing/social media world.

And then in 2013, LinkedIn launched its new channels functionality. Channels gives you the opportunity to follow different industries and areas–while also giving you the chance to customize the way you consumer your news on the network. Now, you can view “Your News”, “Influencer Posts you Follow” and “All Channels you Follow”.

All those changes have reshaped LinkedIn from a network you visit haphazardly when you need something (new job, new vendor, an introduction, etc.) to a network you potentially could visit every day (multiple times a day).

And that’s exactly what I’ve been doing of late.

Not just as research for this post–but because I’m getting pretty solid content there I’m not getting anywhere else.

Now, you’re probably saying: “No one else is really using LinkedIn this way, right? I mean, how many people are actually reading these posts and stories from influencers?”

Well, let’s look at the numbers. Just this past week, we’ve seen the following posts by “influencers” along with their stats:

Dave Kerpen’s How to Sell Anything Using Social Media 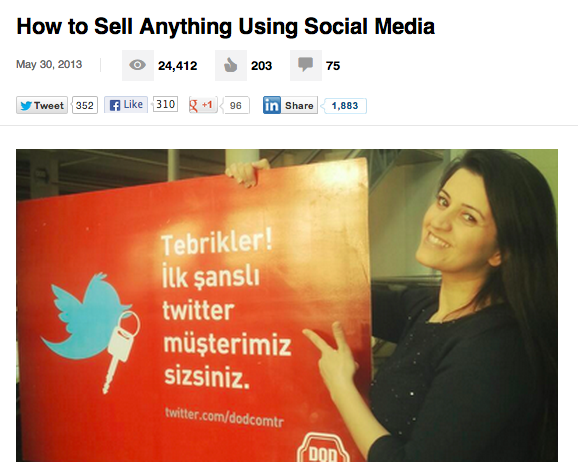 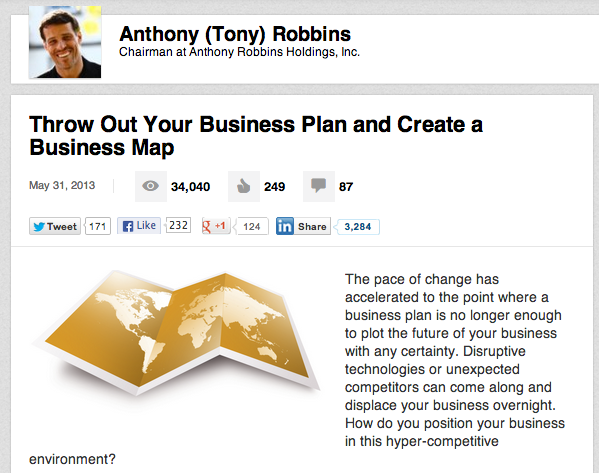 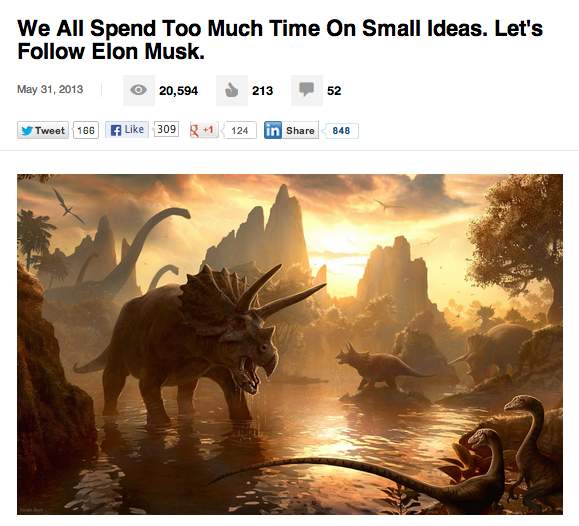 Great numbers, right? Not exactly out-of-this-world impressive when you look at bigger sites like Mashable, Buzzfeed, HuffPo and the like, but pretty darn impressive for a site that’s just starting in the publishing game.

For me, lately, LinkedIn is becoming more of a content resource. For my blog. For my client reports. And, for my weekly e-newsletter. It’s now part of my daily reading regiment–right up their with my Feedly account. I couldn’t have said that a year ago. Heck, six months ago.

What about you? Is LinkedIn Today part of your daily reading regiment? And if not, what’s holding you back?