How PRSSA made me the leader (and woman) I am today

Today’s guest post comes from Lauren Gray, a young woman I met via Twitter/my blog a year or so ago. As some of you probably know, I’m pretty involved with younger professionals, speaking at local colleges and universities from time to time (I’m speaking at my alma mater here in a few weeks) and heading up HAPPO. And while I haven’t met Lauren in person, she seems like the kind of young professional I tend to gravitate toward. Hard-working. Not afraid to speak her mind. Passionate. Let’s hear from Lauren about how PRSSA has played a key role in her development–and making her the woman she is today.

Joining any organization is exactly what you make it and you get out of it what you put in it. As the current Public Relations Student Society of America (PRSSA) National President, I’ve put a lot into this incredible organization and, in return, I have gotten a lot out of it. It has not always been the easiest journey, but it is been worth it. 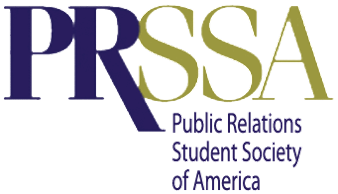 From a student perspective, PRSSA helped me develop my leadership skills and my leadership style by leading my Chapter at a local level and now leading the whole Society on a national level.

When you are on a National Committee of ten students and five professionals scattered across every time zone in the United States, communication can be a little tricky. Our biggest tool we use is Google Groups communication. Email is huge and we hold ourselves to a 24-48 hour response rule.

Conference calls are important for us too. Not everyone will be able to make every single call, so it’s important to remember that and schedule the best time where the most people can meet. It’s also important to stay in touch with each other. We don’t all talk every single day, but we all know what is going on with each other and have a secret Facebook Group for internal communication too.

One of the first things I learned about leading students, not everyone is the same type of leader as you and everyone handles conflicts differently. For PRSSA, we have encouraged leaders to do a “leadership assessment” of your fellow executive board members. This assessment helped me to better understand who I was working with, how they deal with stressful situations and how to deal with them when a conflict arose.

For me, I’m an expressive! I’m very assertive, direct and responsive. I show a lot of emotions and I’m always involved. I’m persuasive, enthusiastic and spontaneous. I like to be reassured in decisions, so my leadership style is to ask for a lot of feedback. For my fellow Committee members, learning how their different leadership styles and how to best communicate with them has helped us succeed as a whole.

We might not always agree on every single issue we face, but we’re all on the same team working toward the betterment of our Society – that is what is important.

Being a leader can be hard, especially when everything falls on you. Not everyone is going to like you and conflicts always arise. I’ve done my best to work around conflicts and work through conflicts.

I’ve let a few conflicts consume me and that was not the best thing to do. I dealt with a two-year conflict that seems so ridiculous now. I had to learn to move past things, not let the small things get to me and move toward the overall big picture. It is hard moving past a situation, but I think everyone is better in the end when you just learn to let things go.

I still have people rooting for me to fail every single day, but it is not them I focus on. I focus on PRSSA, my strengths, my successes, my friendships, my connections, my relationship and my future. It does no good to dwell on the past, but I certainly learned from it.

One of the best things about PRSSA is our huge network! I have gotten internship and job leads through PRSA and PRSSA connections and conferences. I got my current, paid internship by going to a local PRSA Georgia conference and handing out my resume to Trevelino Keller. You don’t think people at career fairs look through resumes, but they actually do. I also have received internship and job recommendations to other top companies and firms through PRSSA connections from people I helped, met or influenced as they moved through their college career. Some PRSA members have also recommended me to various jobs as well.

Connections and job leads aren’t everything though. Most of my closest friends are in PRSSA. I can honestly say Amy Bishop, the FORUM Editor in Chief for the 2011-2012 year, is my closest friend. We originally met on Twitter in 2010, became friends, served on last year’s National Committee and worked together very well. She’s my closest friend and I call her about everything.

One of my other closest friends, Tara Rosenbaum, I met at the 2010 National Conference and we’re still close. Vanessa Perkins, Haley Higgs, Chris Bailey, Catherine Koonce, Ian Crumm and Drew Mitchell are also some of my closest friends. I talk to them all on a regular basis and we’re all in PRSSA together. These incredible friendships make me who I am.

Even though I may only get to see these people 1-3 times a year at various conferences, events or when I travel, they’re still my closest friends and we would do anything for each other and I owe them a lot.

I wouldn’t be where I am today without PRSSA. PRSSA really advanced me as a student, as a friend and, as a future life-long PRSA member, I know PRSA will help advance my career. 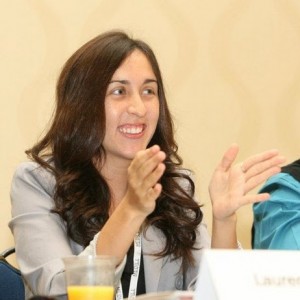 Lauren K. Gray currently serves as the PRSSA National President for the 2012-2013 year and as an intern with Trevelino Keller Communication Group in Atlanta, Ga. She is a senior public relations major at Western Carolina University and will graduate in December. Outside of work, Lauren spends free time with her friends, making regular Starbucks trips, attending local events and enjoying Atlanta.