Home Blog Social media management|Social Media Tools How do you decide which social networks to participate in?

How do you decide which social networks to participate in?

Last week, a friend sent me and a few other friends a note asking us if we were actively using Path, a relatively new social network. This friend (who shall remain nameless) was asking because he/she thought it seemed like a lot of the more, shall we say “prolific”, folks in our industry were using Path and he/she felt like he/she might be missing the boat. 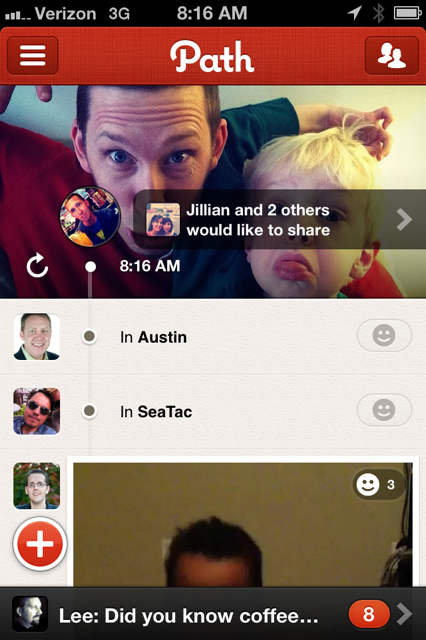 My response was this:

“I used it for a while, then it became just another network to keep up, so I don’t really participate any longer. But I know a bunch of folks that love it. For me, I can barely keep up with my blog, Twitter, FB and IG (with much more focus on IG personally lately).”

Another friend chimed in with this:

“I use Path sporadically. I’m finding that more and more people I know are using it. I also am much more selective about who I connect with on there. I don’t spend a lot of time on Facebook, so for me, I spend my time on Twitter, IG and the other time is split between FB and Path. The type of content people share on Path is very different, so I do like seeing the less polished and more “human” side of people on Path. It’s cool.”

And, a third friend added this:

“I checked out Path when it first launched. Like Arik, I just don’t have the ability to spend more time on yet another network. Finding time for Google+ is tough enough. Path is based on a limited network, so I think age/generation is a big factor here. Most of my close IRL network/friends/family aren’t social media fanatics. They are mostly just on Facebook, where I’m finding I spend most of my time these days. If I had close friends that I wanted to share my whereabouts and things (that I don’t want the whole world to see) with who.”

The bigger issue here, of course, is how do we decide WHERE to spend our time online? Which social networks to we participate in? Why? And to what end? It’s not really about Path–it’s about managing our time and figuring out where we want to spend it.

* Blog–probably the place where I spend the most time, given all the time I spend researching, planning and writing my posts (and commenting). Time spent: 40%.

* Facebook–where I share personal anecdotes and pics of my family, from time to time. This is mostly personal stuff (outside of sharing the occasional blog post). Time spend: 20%.

* Twitter–I still spend some time on Twitter, mostly sharing industry posts (and my own) and asking questions of industry colleagues, and participating in the random Twitter chat from time to time. Time spent: 10%

* Instagram–Find myself spending more time here, especially when I’m on vacation or on the weekends/weeknights, when I’m off at an event for my kids, or at events with my friends (Gopher basketball games coming up!). Time spend: 15%

* LinkedIn–Spending more time here lately, too. Simply because more of my posts are shared there (relevance) and I connect with more potential business contacts there. Time spent: 15%.

You’ll notice I don’t spend any significant time on Path, Pinterest or Google+, notably. Gasp–a digital marketer who’s NOT active on EVERY social network! Yeah, that’s right. I simply don’t have the time, and I’d rather show up in a few spots fairly well, than show up in 10 spots haphazardly. It doesn’t mean I don’t know how those social networks work–it simply means I don’t personally spend time there.

So, what about you? What social networks are you active on personally? And how do you decide which to spend time on and which to avoid?