A couple weeks ago, I’m sure you noticed Cision published a list of the top 50 PR and marketing blogs. And not surprisingly, it spread across the Web. 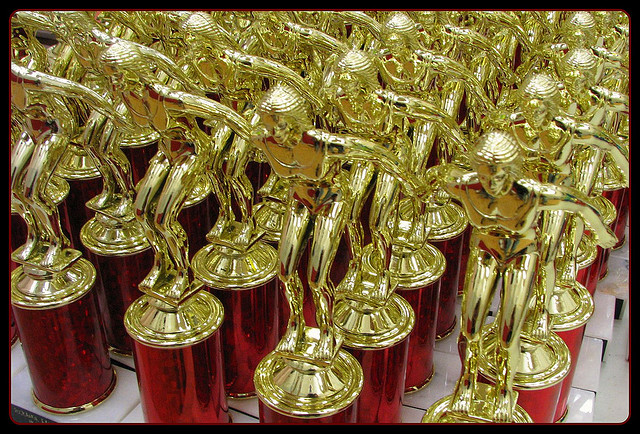 These kinds of lists are a dime a dozen–I should know, I create a bunch of them. But, this one had a bit of process behind it as Cision used its proprietary Cision Influence Ratings to create the list. I would imagine that tool takes some kind of algorithm of unique visitors, comments and social scoring into consideration before giving a blog one of the “scores” we see in the list (note: I have never used the Cision tool).

But, what I didn’t see the last couple weeks was a lot of discussion about this list. If this list had come from an independent blogger (like me, for example), I probably wouldn’t bat an eye. When it comes from an organization like Cision, I take a closer look.

So, I took a closer look. Here’s what I found in terms of facts.

How many of the blogs are written by agencies? 10

How many of the blogs are written by solo bloggers? 24

Number of blogs on the list featuring the company who actually created the list: 1. I know it’s not your fault, Cision, that you popped up on the list. But when you’re the list facilitator it’s tough to put yourself on the list. It’s a shot to your credibility–even if the numbers are true.  I took some heat for including myself on a list a few years back–so, speaking from experience here, Cision, just take yourself off next time.

How many blogs don’t even really cover PR or marketing? I know, I know, social media is just a small part of the larger marketing and communications mix. But, technically folks like Chris Brogan, Lee Odden (Online Marketing Blog), Jason Falls’ Social Media Explorer and Jason Keath’s Social Fresh don’t cover PR or marketing. They specifically cover “social media.” Go ahead, fire away at me now. And, all four were in the top six! Why is that relevant? Because they blog about social media. It’s kinda like Twitter. Consisistenly, tweets about Twitter rank as those most popular on the platform. Well, people that blog about social media can tend to have bigger audiences than those that blog about other disciplines. Again, I know you can lump them all together. I get it. I would just argue that those three blogs aren’t really PR or marketing blogs.

Lists like this are meant to be debated (and shared). Anyone who’s ever created a list online knows this. But, when it’s a list from an industry-leading organization like Cision (and using one of their proprietary tools), I tend to take a closer look (and I expect it to be a bit more buttoned up than this one was).

Outside of the Fleet/Brown/PR Conversations miss (start a Canada/international list, perhaps? :), I don’t have a big problem with the list. I see lots of blogs that deserve to be on a list like this. But, I also see a few that kinda surprised me. Beyond The Hype (few shares, comments), CrisisBlogger (great content, but limited sharing and engagement), Down By the Avenue (not a single comment on one post since April.) and The Intake blog (grand total of one comment since May 1), just to name a few (not slamming these blogs because they’re not solid blogs–I just question whether they should be on a Top 50 list developed with help from a proprietary tool by an industry-leading organization).

Meanwhile, I noticed a number of blogs that were conspicuously absent. First, if the list is going to include social media blogs from the likes of Brian Solis, Lee Odden and Chris Brogan, how can they NOT include Jay Baer’s Convince & Convert? That’s simply unacceptable no matter how you’re coming up with the list. Close behind, I’d list Adam Singer’s The Future Buzz and Jeff Bullas–both miles ahead of a number of other blogs on the “Top 50” list in many ways. Additionally, I probably would have included Heather Whaling’s PRTini, Frank Strong’s The Sword & the Script and Stuart Bruce’s A PR Guy’s Musings. All belong in this company. But that’s just me.

Why all the fuss about this list? Because Cision created it with their Cision Influence Ratings tool–something they sell as a tool that will help you with blogger outreach. I’m not here to say it’s a horrible tool–it’s most likely a great tool (I’m sure someone will attest). But I’ve learned that you shouldn’t use these tools as the end-all-be-all when it comes to building blogger lists. Remember, there’s a human element to blogger outreach–researching blogrolls, Twitter feeds and About Us/Me pages that these algorithms and formulas aren’t going to pick up. In this case, you would have missed Jay Baer, Heather Whaling, Frank Strong and a host of others. And, according to this list, you’d be focusing on Brogan, Falls and Keath pretty intently–three guys that again, write predominantly about the world of social media (again, I know social media is a part of PR/marketing).

So what do you think of Cision’s list? Was it relatively accurate? Or, did it miss the mark a bit? Does it matter?