Back when I was working for other people, I had a job where I had to write and post a steady stream of executive announcements.

If you’ve been in the PR business for any length of time, you know exactly what I’m talking about. 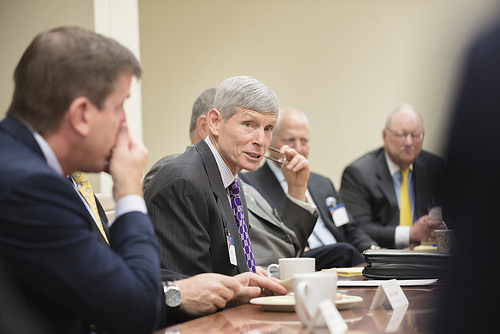 These news releases are then sent out in hopes of liberal “pick up.” (read: very short mentions in newspapers, magazines and web sites in your industry).

Except here’s the thing: It’s not. In fact, not only is it not easy and pain-free, it’s actually very painFUL.

I’m sure you know what I’m talking about.

Allow me to walk you through the process, as I remember it (it’s been a while–bear with me).

First, the executive team shares the news with you that a new EVP will join its ranks. You are tasked with writing a news release on the announcement.

You write said news release–probably takes you a couple hours in terms of researching and writing.

Then, you submit the release for approvals.

And, the fun begins.

Your executive team weighs in.

Each one has changes.

Some of the changes actually contradict one another.

Some then have additional changes when they’ve seen what their colleagues change.

The CEO even has changes. And, their nit-picky, small changes.

It’s like they didn’t even see it the first time.

They tweak the headline.

They insist “executive vice president of ya-da-ya-da-ya-da” should be capitalized.

They change their minds. Again.

You submit for final approval. Again.

The CEO says she has a few more final changes. Calls you into her office.

You submit for approval. Again.

Legal says they’d like to review. They have changes.

You revise, because, well, it’s legal and you like your job.

Your boss weighs in. She hasn’t responded to other emails because she’s been traveling.

You distribute with media.

All told, the process takes two weeks. It also took upwards of 15 hours including time to research, write and seek approvals.

So, here’s my question: Are these corporate exec announcements a complete waste of productive time? Or, do they have some semblance of value in today’s information-rich climate?

On one hand, there’s little doubt these types of news releases are supreme time-wasters. The example above is hardly an exaggeration. In fact, I’m quite sure I’ve lived it a few times in the past.

On the other hand, these types of announcements do get picked up. They do make a difference (albeit a small one). And, most importantly, they are HUGE ego strokes for your executive partners.

In fact, I might argue that’s the number-one reason these types of announcements even get written.

It’s all about ego. My name in the Minneapolis Star Tribune. The Business Journal. The Wall Street Journal.

So, from that perspective, maybe this whole thing is worth the time. After all, relationships are key to our roles. And, keeping our executive partners happy is pretty darn important.

But man, I could really use those 15 hours for a few other tasks…