Last week, Playboy announced it was cutting the nudity out of its magazines.

I know, weird way to start a post, right? Stay with me for a moment.

The Playboy news was a long time coming. The internet killed Playboy’s corner on naked woman many years ago. 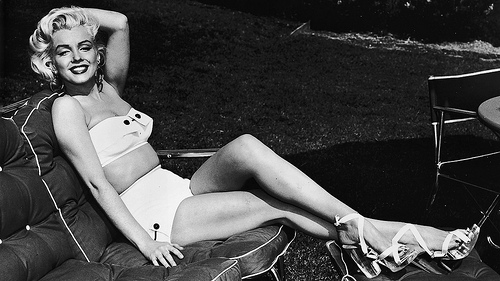 But, for YEARS, Playboy did have the corner on the market.

But, what Playboy owned wasn’t “naked women”–it was the ALLURE and IMAGINATION of naked women.

For years, Playboy actually covered up their models fairly well. Sure, they showed skin. But, not a ton of skin.

And, they usually only included a handful of shots of the models.

Now, let’s jump ahead to 2015 and the content marketing landscape.

For years, we’ve been told “behind the scenes” content will “engage” your fans.

Use “behind the scenes” videos on your YouTube channel.

Give fans access to “behind the scenes” footage on your Periscope feed.

Show your customers what it’s like to work at your company in a “behind the scenes”-kinda way in your Instagram feed.

I mean, basically, that’s the gist of it, right?

Now, let’s go back to Playboy. Early Playboy. What did they give us? 5-7 shots of tremendously good-looking and sexy women in very little clothing.

Sure, they also worked in a few quips from the model. A list of likes and dislikes. A profile. But that was about it.

No “behind the scenes” footage.

No “behind the scenes” video detailing the shoot.

Just the pics and a few words.

And that sold a LOT of magazines. And, made Hugh Hefner a crap-ton of money.

He didn’t give us all the behind the scenes details. If he had, that would have killed it.

What made Playboy so alluring in those early days was the ALLURE of these women. Just show us a couple pics and let our imaginations run wild.

Today, more is more. At least that seems to be the way many brands approach content marketing.

But, I tend to be a firm believer in that less is more corollary.

Customers don’t always need to see what’s behind the curtain.

Customers don’t always need to understand every detail around how you produced that commercial.

Customers don’t always need to read about what went into your latest marketing campaign.