Home Blog HAPPO|Other An Instagram day in the life…

If you’re a regular reader of my blog (or follow me on Twitter or Facebook) you know I’m a huge fan and borderline addicted (who am I kidding?) to Instagram. It’s become my go-to network for enjoyment and community lately. I even recently documented a bunch of my “must follows” in the PR/marketing world–and that list grows by the day as people join the (relatively) new community.

Last week, friend and co-#mnblogcon-conspirator Missy Berggren threw out a great idea: Document one day in the life by posting an Instagram pic each hour that tells the story of my day. I loved that idea immediately and made plans to give it a try this week. Turned out, given my schedule (which has been a bit crazy of late), yesterday was the perfect day. I thought that particular day had all the elements that demonstrate what my days are typically like as a solo counselor (although I didn’t stay with the #photoeveryhour theme I wanted to initially).

So, I give you an Instagram day in the life of Arik Hanson (gratituous third-person reference): 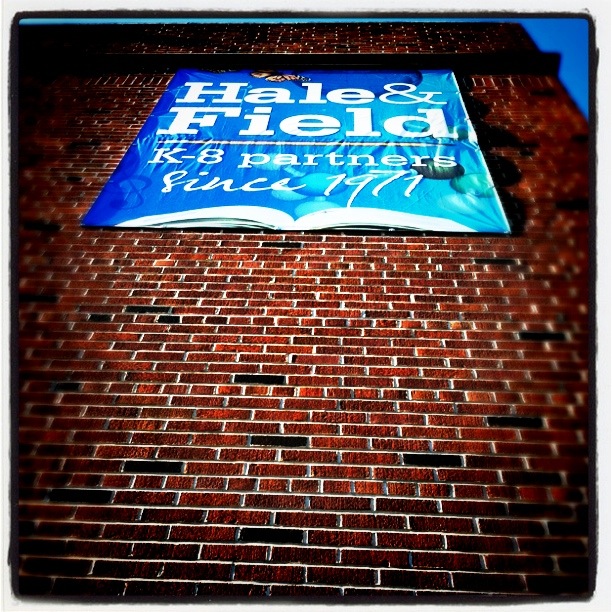 I walk my son to school every day (and usually pick him up). It’s one of my favorite parts of each day. And I get to do it every day. This summer, we’ve been riding our bikes together to school. Couldn’t be any better. 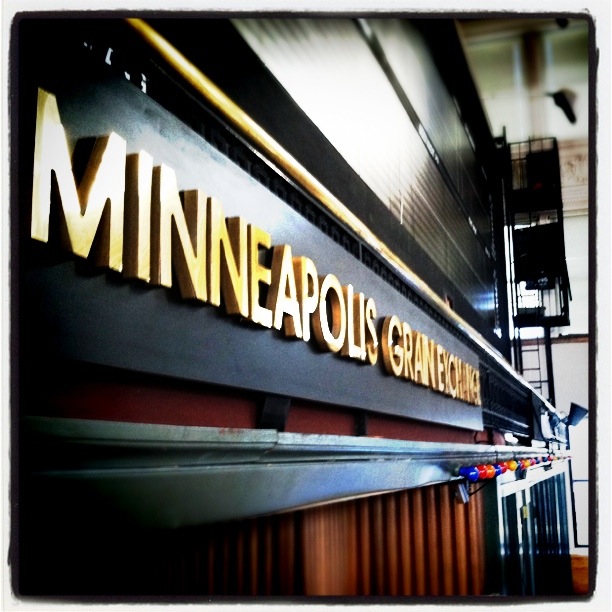 I’m relatively new to the coworking scene, but ever since I first saw the new CoCo space in Minneapolis, I’ve been a huge fan. I signed up for the part-time package, so I’m down that way once a week for now. Working out great so far. Also gives me an excuse to bike commute at least one day a week. 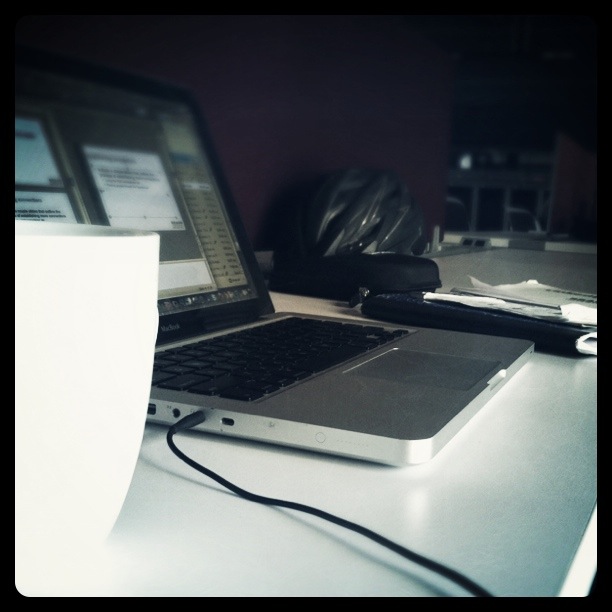 If you don’t like open work environments, you won’t like coworking. I share office space with roughly 20-30 people at any given time at CoCo. This is just a quick shot of my “office space” at CoCo. But, we also have access to pretty cool “conference space” there which is the main driver behind my membership. 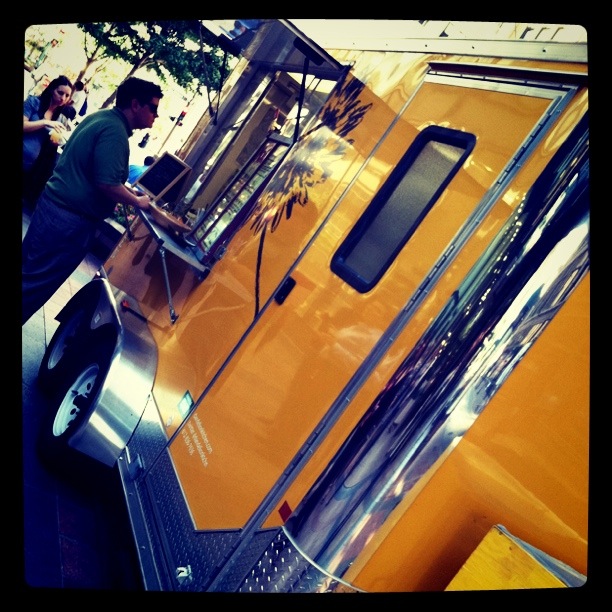 After a quick networking appointment with a new connection, I made my way to Nicollet Mall to persue the food trucks. I’ve heard great things about the Dandelion Cafe–but didn’t pull the trigger. 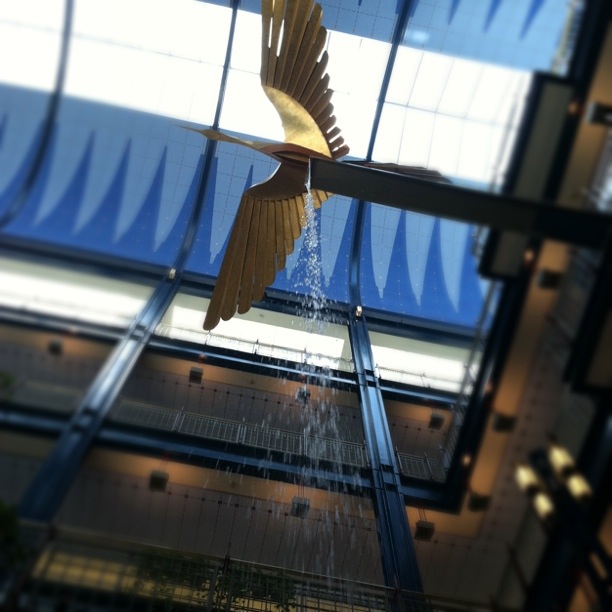 After a quick lunch with my brother (who also works downtown), I had to find a space to crank out work for a bit before a meeting at an agency downtown. A nearby Caribou did the trick. This was the view from a nearby fountain. 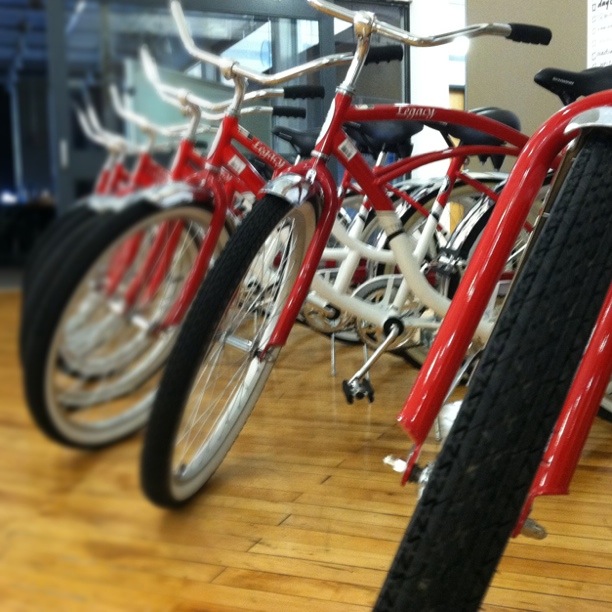 Had an afternoon appointment at local integrated marketing firm, Colle+McVoy downtown for some client work. I’ve been in their office a few times, but love the bike culture they foster across the agency. Everywhere you look there are bikes. These Schwinns were lined up near the lobby. 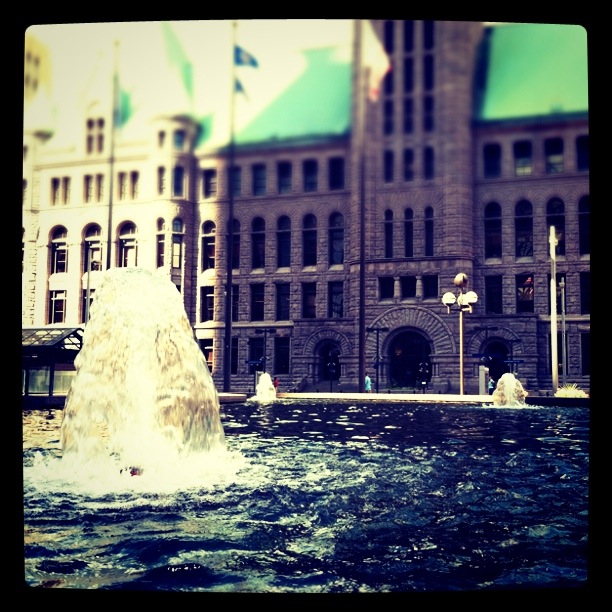 Maybe my favorite shot of the day from Government Plaza close to where I parked my bike for the day. Right after I snapped this one, I grabbed my bike and made the trek home to pick up my son (takes about 25 minutes to get home from downtown–not too bad). 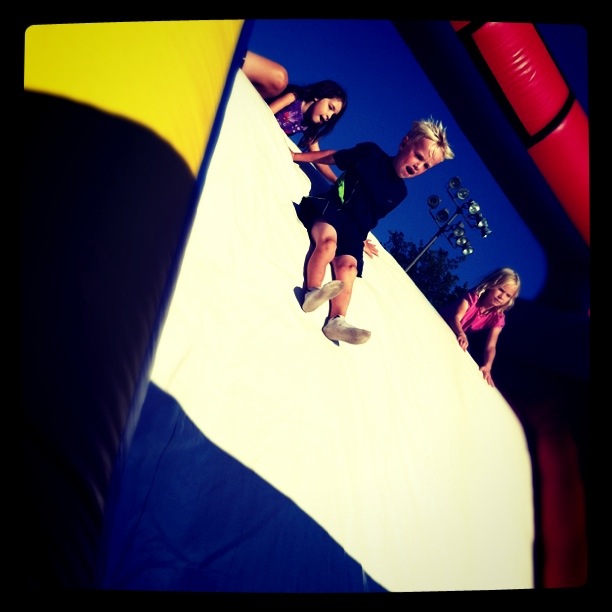 After picking up my son and meeting my wife at home, we grabbed a quick bite to eat and it was off to nearby Lynhurst Park for an annual carnival-like event. Obviously, the slide was our first stop 😉 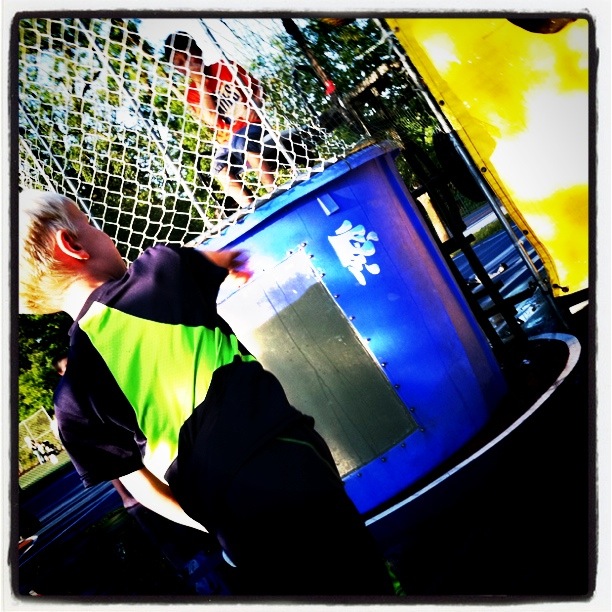 My kids both took their shot at the dunk tank–son hit in on the first try!

After getting the kids down around 8:30 p.m., I was back on my computer for a couple hours before bed. With a speaking engagement on Thursday (today), I tried to get a little extra sleep.

Pretty typical day for me in that I rarely have a “home base” for more than a few hours in any given day. I biked to and from certain spots around the city. And, I spent a fair amount of time with my kids on the “shoulder” portions of my day (my favorite part).

What about you? Have an iPhone? Try documenting your day this way? I know a few others in the Twin Cities were doing this yesterday.