Since Facebook unveiled Timeline in late March, there have been thousands of posts and articles written about the new look and feel. And, many focused specifically on how brands can best take advantage of the new layout to create a better branded experience on Facebook.

But, little has been discussed about Facebook tabs. And, they’re just as important as they were before Timeline–yet they’re often not nearly as discussed as the bigger Timeline changes.

So, I thought we’d take a look at how 8 big (mostly) brands are using Facebook tabs to drive business, awareness and a deeper level of engagement with fans on their Facebook pages. 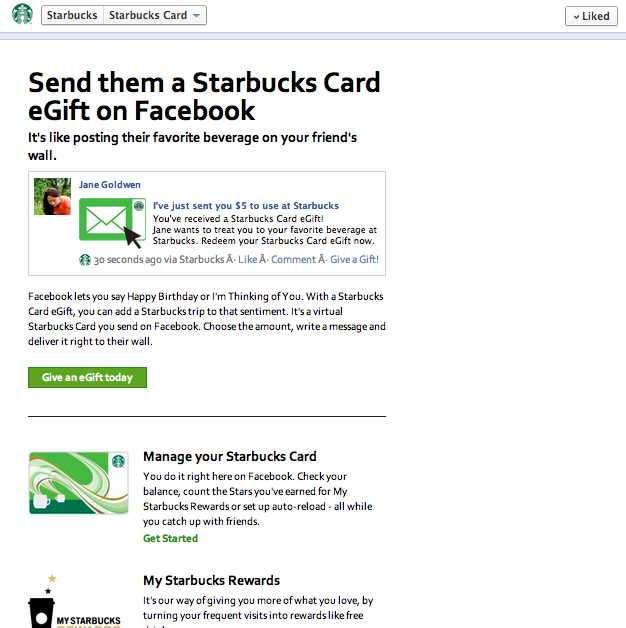 This Starbucks tab allows fans to send a Starbucks card eGift on Facebook. What does that mean, exactly? The tab lets users directly post a virtual gift card on a friend’s wall with just a few clicks. Obviously, that helps spur awareness for the coffee giant. But, it also helps them drive sales as someone who receives a $5 gift card may typically purchase more than $5 worth of coffee/bakery goodies in the store. The tab’s also a nice with for fans because it allows you to manage your Starbucks cards right online–a feature which is becoming increasingly popular with customers. 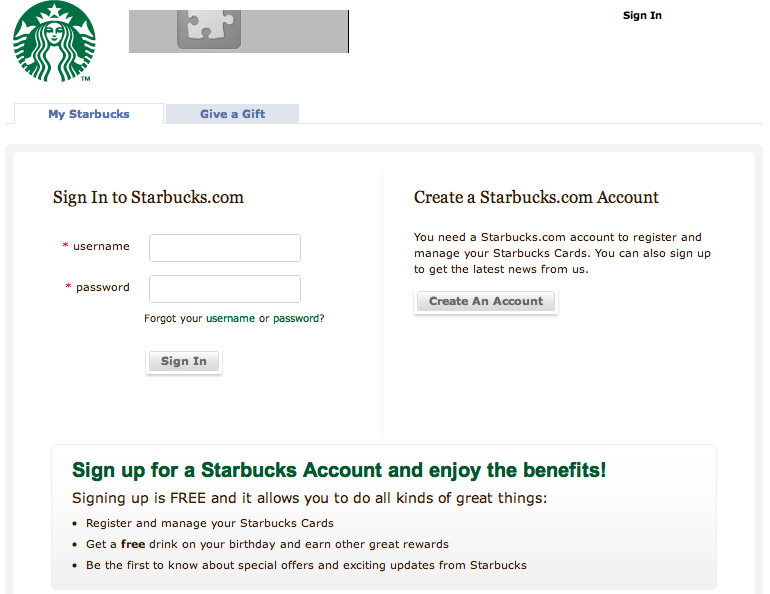 Interact with fans through polling–ABC News 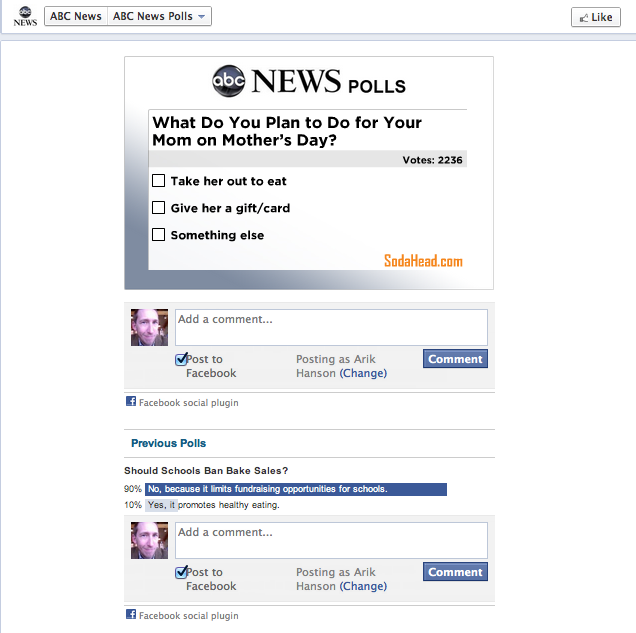 This tab allows ABC News Facebook fans to vote in the latest ABC News poll. Nearly 4,000 people voted in the Mother’s Day poll last weekend. The goal is clear–to spur engagement with “fans” on Facebook. They not only hope fans take the poll, but that they share it on their walls with a simple click. Previous polls are also available to review, and results are frequently used in newscasts given folks incentive to vote. 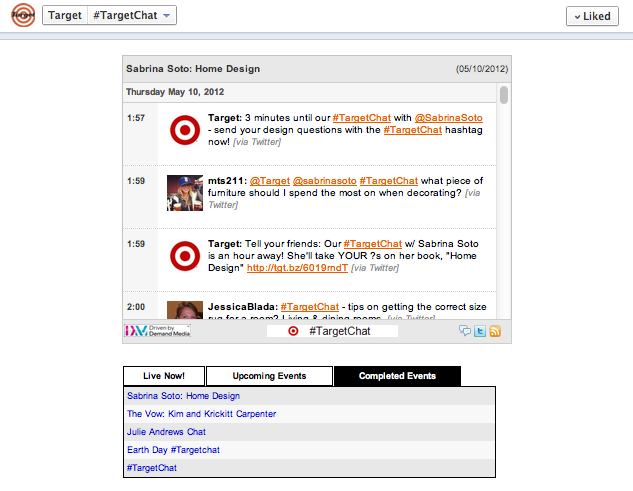 Target hosts a series of Twitter chats on a regular basis with such celebrities as Julie Andrews and Sabrina Soto, just recently. Since many of Target’s fans don’t live on Twitter, the retail giant decided to host and archive these Twitter chats on their Facebook page using this slick “Cover it Live” tool within this tab. The idea? Capitalize on the 12 million-plus Facebook fans Target has acquired. (Note: A client of mine, Sleep Number, also does this well). 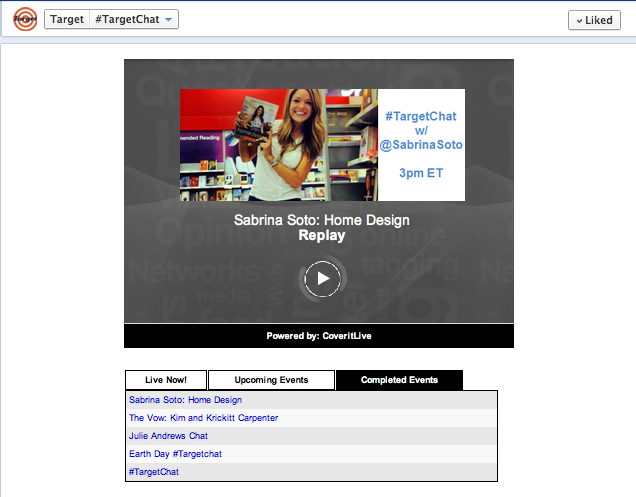 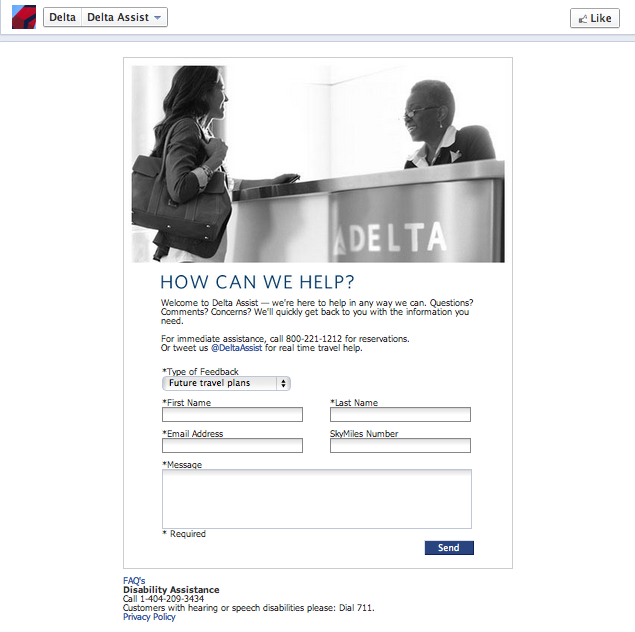 Delta Airlines places a lot of weight on its customer service. And why shouldn’t they? They’re an airline carrier, after all. Customer service is the name of the game. And Delta is taking that dead seriously online. And, this Facebook tab is just part of the big picture. In addition to a 1-800 number and Twitter handle, the tab also gives customers the opportunity to lodge concerns or complaints right on Facebook through a simple form.

Give customers opportunities to see and chat with brand reps–Toyota 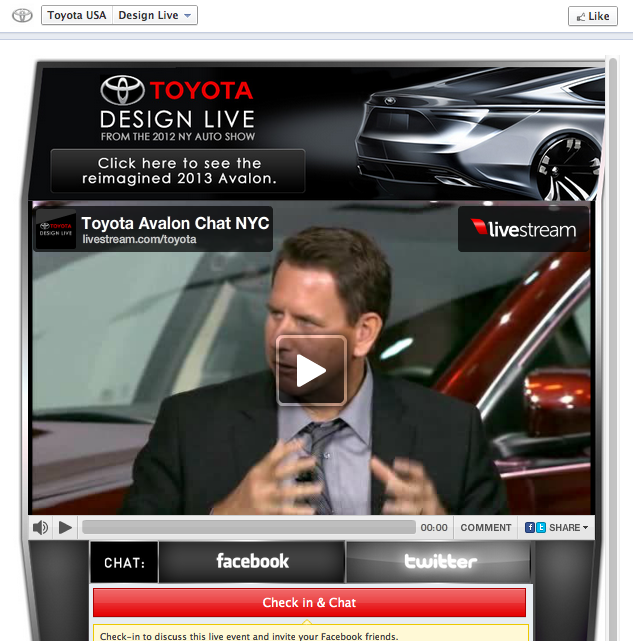 Toyota uses a variety of tabs on its Facebook page. But, this one’s a bit different. It showcased a panel discussion from the NY Auto Show recently featuring Toyota representatives talking about the new Toyota Avalon. The Livestream broadcast adds depth to the Facebook experience and also gives fans a chance to chat live with reps from Toyota (and other customers) right on the tab. The video is a bit long (40-plus minutes), but the panel discussion goes into detail about the design behind the new car, which may interest big fans of the car manufacturer. 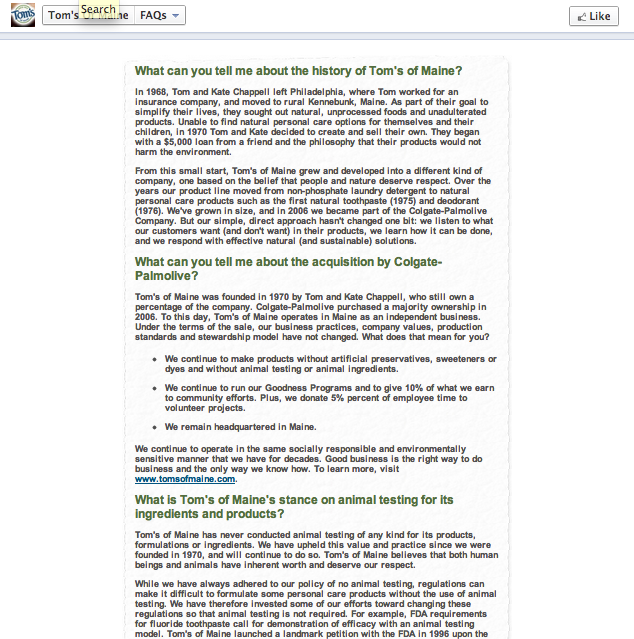 Tom’s of Maine is a company that cares deeply about the environment and sustainability. And, its customers do, too. But, when it was bought by corporate giant Colgate-Palmolive, you can guess customers probably got a little skittish. So, Tom’s now addresses those concerns on its Facebook page with a lengthy FAQ tab. The tab gives them one page to point to where they can address all sorts of issues and concerns including what ingredients the company puts in its products and satisfaction guarantees.

Give customers input on product design–Threadless 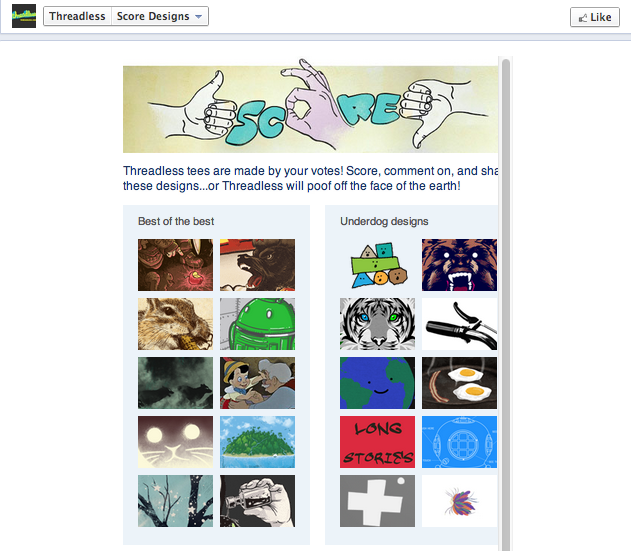 Granted its not the best tab in the world in terms of straight user experience (I want to see all the t-shirt designs and be able to vote on them seamlessly), but the Threadless strategy here makes sense. Engage its biggest fans (as it routinely does) on Facebook by giving them input into which t-shirts get printed through voting. Threadless has made its name by inviting input from its fans on its site (i.e., voting), but now you can do the same thing on Facebook. 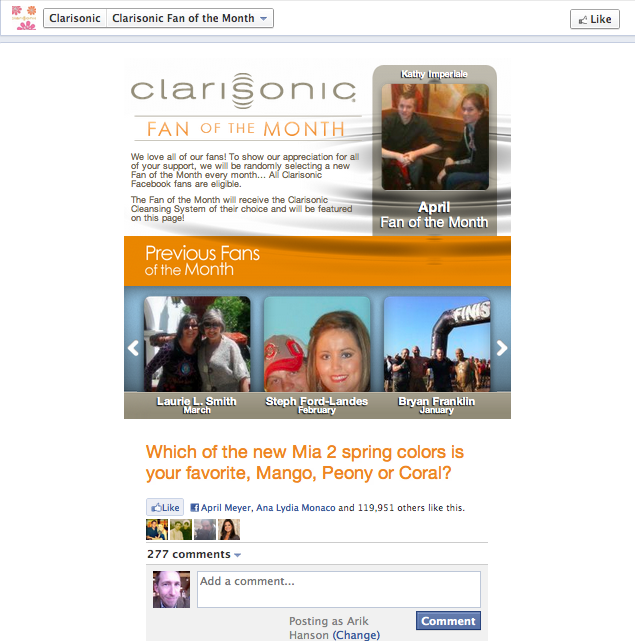 Clarisonic is taking advantage of the now popular “Fan of the Month” trend on Facebook with its tab here. This represents a nice way to engage fans by casting the spotlight on them for a month. In addition, the “FOTM” gets a Clarisonic system as a courtesy and a link to their profile page on the tab. The tab also spurs even more discussion by featuring a poll question with each FOTM. This month it’s a question around product colors–answers Clarisonic can use to tweak product strategy down the road.