5 reasons Mark Cuban was obviously joking about moving to MySpace 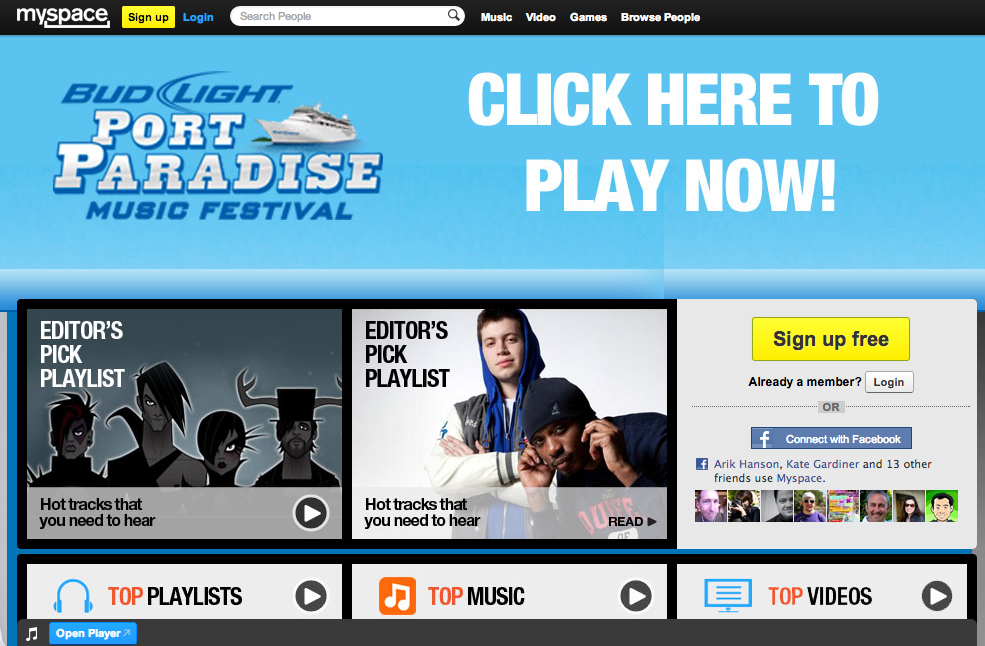 Cuban said what many people have been thinking of late: Why is Facebook hijacking my page? Why are they virtually demanding I spend money now to reach my fans on their platform? It’s a valid claim, but one I’m surprised to hear brands complaining about given Facebook is an off-domain platform (read: You don’t own Facebook–Zuckerberg always did, and shareholders do now).

But, when you really sit down and think about Cuban’s rant, he was clearly full of hot air (and this coming from one of his biggest fan–I’ve long had a man-crush on Cuban). I mean, MySpace for the Mavs? Really, Mark? You’re smarter than that.

His audience doesn’t live there

You know who’s on MySpace? Musicians. 25 million of them, as of Jun 2012. Meanwhile, Facebook as ONE BILLION users. In fact, a full 66 percent of U.S. adults say they use Facebook, according to Pew Interent. Which numbers would you bank on if you were a business owner?

I mean, I love JT. Great musician. But, he’s a player in the MUSIC industry–not the NBA. The whole reason, I would guess, that Timberlake is involved, is to help investors Tim and Chris Vanderhook build a platform that musicians–and fans–will come back to. As you can see from recent clippings, Timberlake is clearly the front man. That was most likely by design. But again, they’re going after the music and entertainment industry–not necessarily all business (or NBA basketball teams).

Third-party vendors aren’t there yet

One big advantage Facebook has over many other platforms right now–their openness to third-party vendors. And, the connectedness Facebook brings. Think of all the sites you sign into through Facebook–I don’t see a “Sign in through MySpace” sign up. The lesson? Facebook is ubiquitous. MySpace is very, very niche (right now).

As much as they might eventually try to change this perception (although last week’s Timberlake buzz isn’t helping), most folks still equate MySpace with music. Now, do people who love the Mavs also love music? Sure. But, they’re not GOING to MySpace to stay up to date on the Mavs. They’re going there to hear the latest tunes from their favorite artists.

You’re going to throw away (or piss off) 2.3 million fans?

The Dallas Mavericks Facebook page has 2.3 million fans currently. Now, I’m guessing a big chunk of those 2.3 million actually still enjoy spending time on Facebook. They’re probably part of the same chunk that spends six-plus hours a month on Facebook. They have, on average, 229 friends on Facebook. And, I’ll take a wild guess and say many of them still think MySpace is a dead platform. So, why move? I mean, you’d be starting FROM SCRATCH. Think you’d be able to build up to that 2.3 million mark quickly? I’m guessing that would take some time (maybe the length of an NBA season?).

What did you think of Cuban’s tantrum last week? Think he would have *really* moved to MySpace?