Does the name ring a bell?

For many in 2020, you probably know him as that guy on Twitter who shares mostly awesome (and funny) stuff in your feeds. 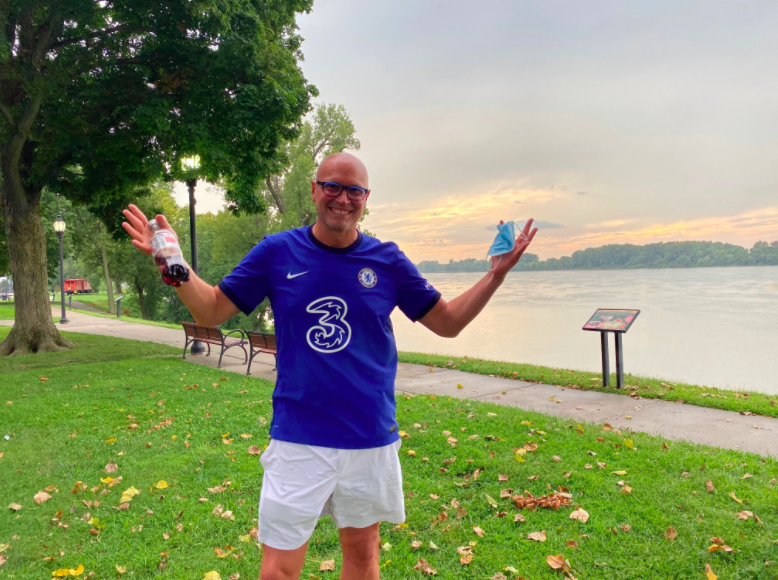 For a smaller number of people, the name Rex Chapman conjures up images of dunks wearing a University of Kentucky uniform in the early 90s.

Yet others remember him as the guy who was addicted to opioids.

But, from a marketing and communications perspective, you should remember and acknowledge him in a singular way in 2020: As the single-best example of the power of content curation on the web today.

Because that’s how Rex Chapman came to become a household name on the internet.

Just take a look at his feed.

95% of his tweets are retweets of other people’s stuff (with his own commentary).

Most of the stuff he’s sharing he’s finding from across the web/Twitter (with many suggestions, I’m guessing).

He’s creating very little content on his own (especially visual content–almost none!).

Let’s just look at his feed for a few examples from JUST YESTERDAY!

More than 100 Beirut residents have been reunited with their pets after a blast that rocked the city a few weeks ago.

Here’s one of those reunions.

I’m here for all of this.🌎❤️pic.twitter.com/hexRORlIPU

This is probably the content Rex is most well-known for–the emotional, uplifting and inspirational content. He typically ends it with some derivation of “This is the content I’m here for.”

He was the first Black coach to win a NCAA title.

He won two as a player w the Celtics.

He had a 97% graduation rate for his players at Georgetown.

Like I said, Rex is a former college star and NBA player, so it’s no surprise he curates content from around the league–especially this year as the NBA has taken center stage in the fight against racism. These types of emotional videos are pretty typical for Rex to find and share.

Ok so someone has edited Karen videos with zombie sounds.

Finally, Rex has an uncanny ability (OK, so it’s probably thousands of people sending him clips to tweet each day–but he still has to sift through all that stuff!) to uncover the best of the internet. Case in point: A video of Karens with zombie sounds.

I could go on and on and on and on. Just look at his feed for ONE DAY–it’s an endless stream of this kind of stuff. And, I find myself always wanting to share it.

That’s a top-flight content curator, folks. Rex Chapman. He’s doing it better in 2020 than any brand (or person, really) out there.

So what can brands learn? I think the big thing is simply the power of curation. Rex could certainly be posting more of his thoughts on certain topics–we know he has them. He’s not someone who’s short on opinions! But instead, he spends what I’m sure are hours curating this content. He could be promoting whatever it is he wants to promote (apparel, new startup he’s invested in, etc.), but he chooses to curate content. The point is, Rex Chapman could do what most people do on Twitter–talk about themselves. But instead, he curates the internet for us.

And, I for one am here to say we’re all better off for it.