In case you missed it, Facebook rolled out “call to action” buttons last February.

It was hardly a revolutionary move. Advertisers wanted to bolster results. They needed clearer calls to action. More advertisers were joining the fray. It was time for something like this.

Since then, we’ve seen more and more companies using these buttons. And the results (of which we know) have been pretty decent.

In fact, according to AdRoll, brands are seeing a lift of 2.85X their normal lift when using these CTA buttons. Not bad, right?

What’s also interesting, according to AdRoll, is that the “Learn More” button is the top performer, but “Shop Now” is the most “popular.” Hmmm… Probably a result of apparel, consumer electronics and home goods companies being the most popular industries for CTA buttons. 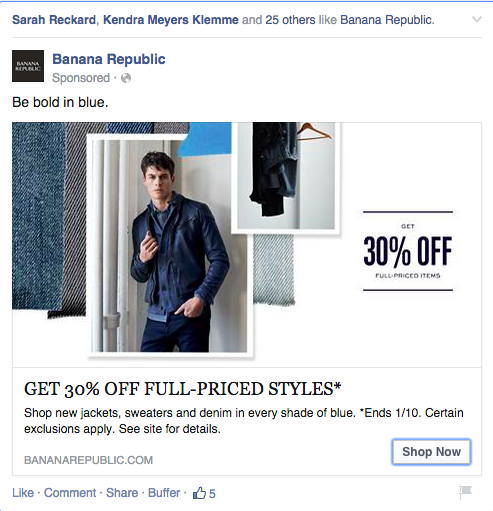 And, “Sign Up” makes sense for the legion of subscription based services on the web (and in real-life) like Uber. 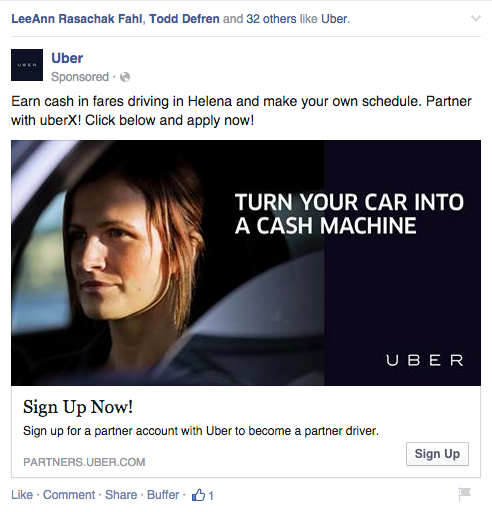 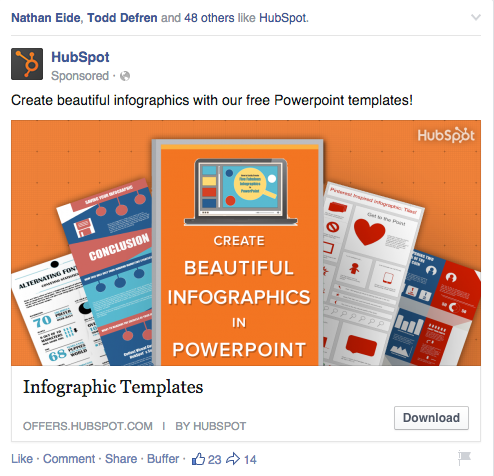 “Book Now” is probably the button of choice for any company that deals in reservations (Zipcar, in this case): 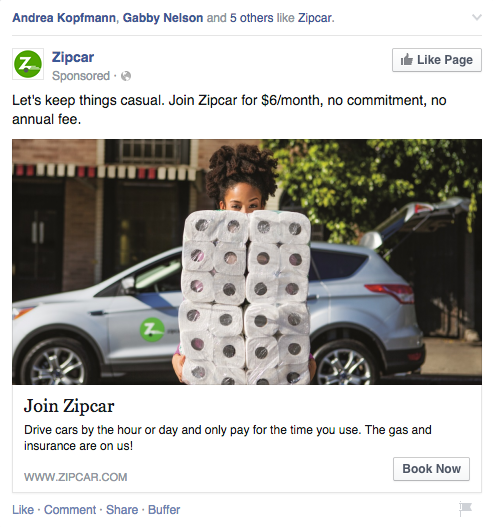 But, isn’t it odd that the “Learn More” button, the one you thought would be the MOST popular, is the LEAST popular, according to the recent research (just 10 percent vs. 74 percent for the “Shop Now” button).

What’s more, the “Learn More” button is the TOP performer in terms of clicks, according to the research!

Doesn’t it seem like the “Learn More” button would be far-and-away the most popular? There are so many uses. Here are just a couple from Toyota and Allina Health. 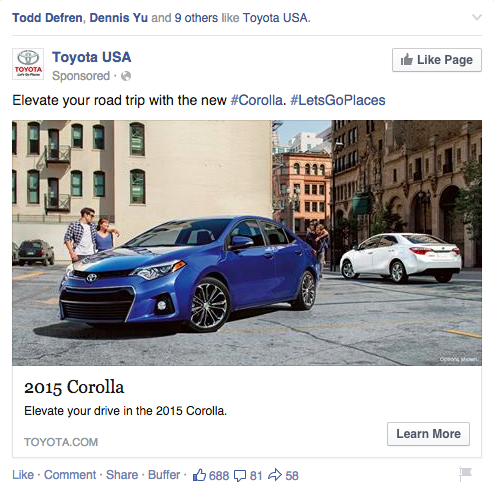 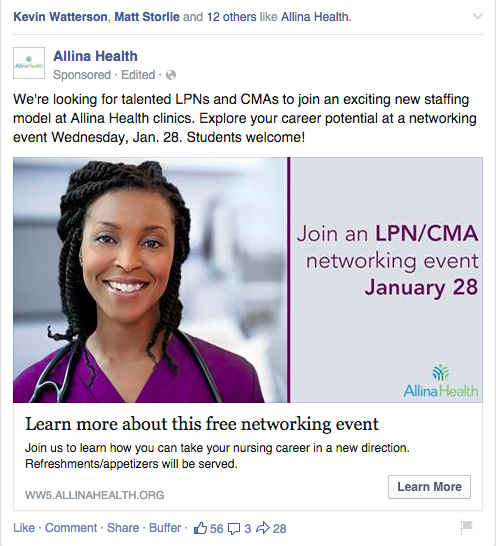 Part of what’s at play here is certainly the fact that the only way to add these buttons to your ads or organic posts (yep, you can use them on organic posts, too) is to create them in Power Editor (just follow the steps in this Jon Loomer post). I’m quite sure most people don’t work within Power Editor when creating posts/ads (would love to see the stats on that, by the way)–in fact, it probably scares off most folks.

But, I’m sure the CTA buttons will be added to the native Facebook advertising options soon. And, after that, I’m sure adoption rates will go up.

But, until then, this will probably be a feature reserved for only advanced Facebook users. Which is too bad, because clearly these CTA buttons are doing some heavy lifting. After all, what brand couldn’t use a little click-thru help when coordinating a Facebook ad campaign?

Might be time to learn Power Editor after all…