In case you missed it, LinkedIn announced some “big news” last week: It gave 500 influencers the ability to post videos right in your feeds.

I say “big news” because I think LinkedIn really missed the boat with this move–and it’s indicative of a strategy that may miss an even bigger boat down the road.

These influencer videos are most likely a nod to the burgeoning growth of video across the social web. Can’t you just hear the conversations at LinkedIn HQ? 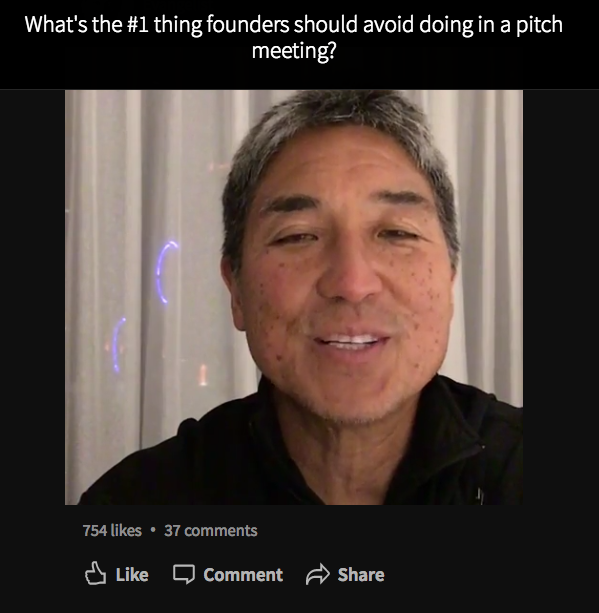 “Hey, video is blowing up people! We need more videos in our newsfeeds. How do we do that?”

I mean, that has to be how the conversation went, right? Why else would they do this?

You see, I think LinkedIn is missing the boat here. The lion’s share of folks on LinkedIn don’t go there to hear from influencers, they spend time there to do one of three things:

Now, you could make the argument that people could learn by following these influencers. And, that would be a valid point. But, I would argue most people aren’t seeking out these influencers. If Guy Kawasaki has something interesting to say on a topic I care about (the last time he did that, by the way, it was 2010), I’ll stop and read it. But, I don’t SEEK OUT Guy Kawasaki on LinkedIn. And, I can’t believe anyone does, really.

So, to me, these influencer videos are contrived. They feel forced. And, by and large, they don’t add a ton of value.

Instead, why doesn’t LinkedIn focus on making the user experience even better by figuring out new and better ways for me to connect with people I care about (i.e., colleagues, former managers, college classmates, etc.)?

Since I’m never one to criticize and not offer up ideas, here’s a few free ideas LinkedIn on how to better the user experience:

That’s my two cents. Your thoughts on the new Influencer videos?