When it comes to personal and professional social media use (and those are the same for me), up until about two weeks ago, I had to big rules.

As a consultant, I saw no upside to discussing either in a public forum. For one, there are so many extreme views shared on social media. Obviously, we’ve seen that the last year-plus on a grander scale. 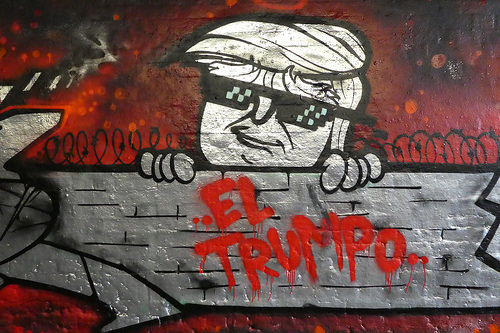 But, the rules also existed (to a larger extent) because I didn’t want to offend a client. Or, a potential client.

After all, you don’t know everyone’s political or religious affiliations online.

But, a little more than a month ago, something switched for me. It’s not necessarily because I lean hard to the left and that the president leans pretty hard to the right.

It’s not because everyone else is talking about politics online.

And it’s not because I’m necessarily prompted to act based on the current president’s actions.

I just started thinking a bit more about my current policy. Why was I so stringent on not talking about politics publicly? Would that really drive a client away? Would it really offend someone to not work with me, if I presented my arguments and opinion in a rationale manner?

I kept coming back to one answer: Not really.

So, why not talk about it? Why not share my opinion from time to time? Why not comment in spots where I would have never commented before?

I decided to wade into the murky and dangerous political waters online. Here’s my thought process:

So, that’s my story and I’m sticking to it–for now. Hoping to hold myself accountable (this is a good way to do it). We’ll see how this goes…