Why it pays to stay connected to your college alumni group

Last year, I accepted a role on my alma mater’s (Winona State University’s) alumni board. I did it for a few reasons: 1) To give back, plain and simple, 2) It gives me a chance to travel a couple hours down to Winona every year (for those not living in Minny, Winona is a beautiful river town right among the bluffs), 3) I wanted to meet more Winona St. alumni–I don’t know as many people as I would like.

So, a year later, that decision has paid off. I’ve met a TON of Winona St. alumni–both at events (Minnesota Twins games, alumni events, scholarship breakfasts) and through more informal networking. 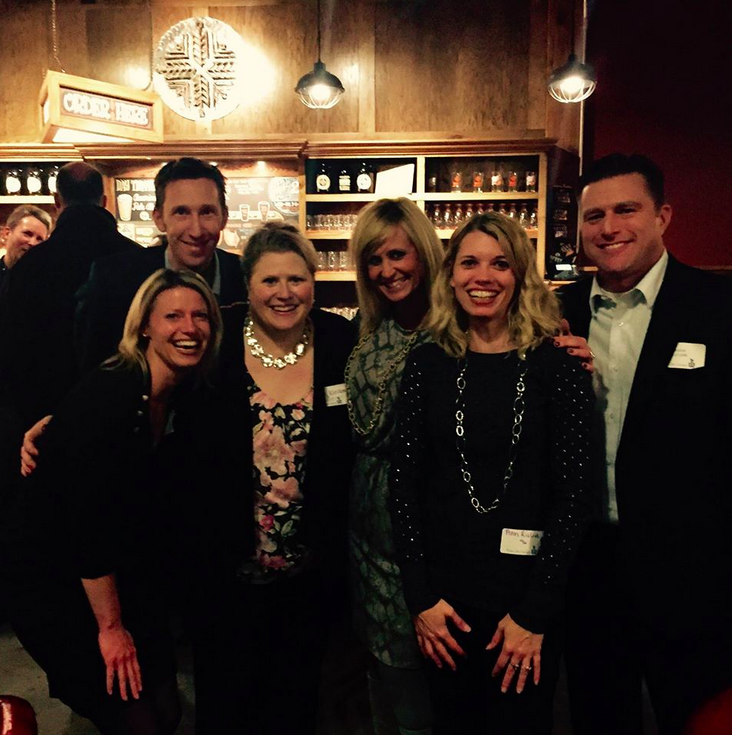 And, just this week, I helped organize a Winona State Mass Communications Department Reunion event that was a smashing success (we have ZERO no-shows and more than 50 attendees–ZERO no shows!).

During that event, I had the chance to catch up with a bunch of class of 1996 friends I haven’t seen in AGES (those are some of them above!). We laughed. We drank. We ate. And then we laughed some more. I haven’t laughed that hard in a long time. It was so much fun.

After the night was over, I got to thinking: This is why I invest so much time in our alumni group.

And, I think you should do the same (if you’re not already).

At this week’s event there was a recent grad who I’ve gotten to know a bit better recently. Really good guy. He had been looking for a job in MSP for a while with little success. Then, boom–he found a gig. I can hardly take credit for this young man’s new job, but he claims the advice I gave him a number of months ago changed his mindset a bit. On the flip side, one of my class of 96 classmates was also at the event the other night (Shelli Lissick). Shelli (along with Brian and Jen Bellmont) were directly responsible for me getting my start as an independent consultant (they were one of my first clients–partners, actually). So, through our college connection, I got my jump-start in this wonderful world of consulting. Opportunities abound through your college connections–yet we often forget about this group as a primary professional network. Why?

I met a gentleman at a WSU event this summer. Never met the guy before, but we had a few common friends, so I sent him a message on LinkedIn and invited him personally. Turns out, that made a difference, because he showed up. We talked for a bit and agreed to meet up later one-on-one. That meeting went well. He called again. We met up again–this time for a drink. I connected him with another friend who I think might be able to help his business. We talked about kids. We talked about our businesses. And suddenly, I started looking at this guy less as just a fellow WSU alum, and more as a friend. You never know where your next friend is going to come from. And, given the common bond you have with your college alumni (from any year–this particular gentleman is a good 8-10 years younger than me), it only makes sense that these folks would become good friends.

Another classmate of mine had a comment that summed up my thoughts well the other night. She said: “I haven’t stopped smiling all night.” Boom. As I left the event, I was STILL smiling. I laughed as I thought about the jokes and stories we had told that night. I was still laughing the next day as I sent texts and messages to friends and new folks I had met. Reconnecting with your college classmates is a special thing. Since those are some of our most formative years, these people know you better than anyone (even almost 20 years later, in my case). You have a special connection with these folks. Feed that connection. Feed your soul. There’s no direct professional connection here–but you’ll feel a whole lot better after each time you meet up with these people. And happiness has all sorts of professional benefits, right?

So, next time you get that direct mail piece asking you for money from your alma mater, don’t immediately dismiss it. Instead, think about how you could reconnect with your alumni.

It just may lead to a new job, a new friend or a renewed sense of happiness.