That might be fine-and-dandy for the digital elite. But for today’s PR counselor, I say the front page of the internet is none other than Digg (and this article seems to agree).

The Digg that completely re-invented itself a year-and-a-half ago. 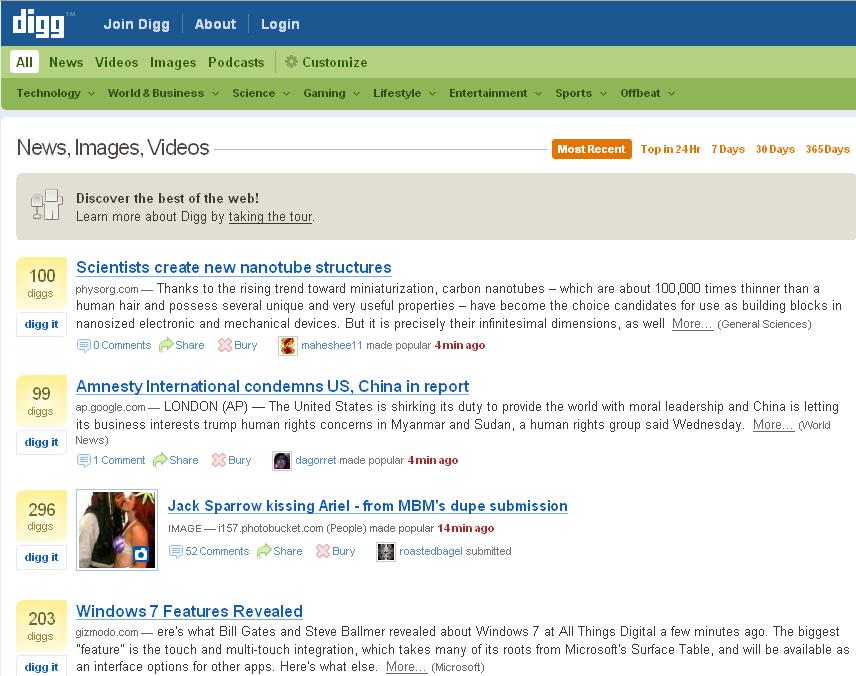 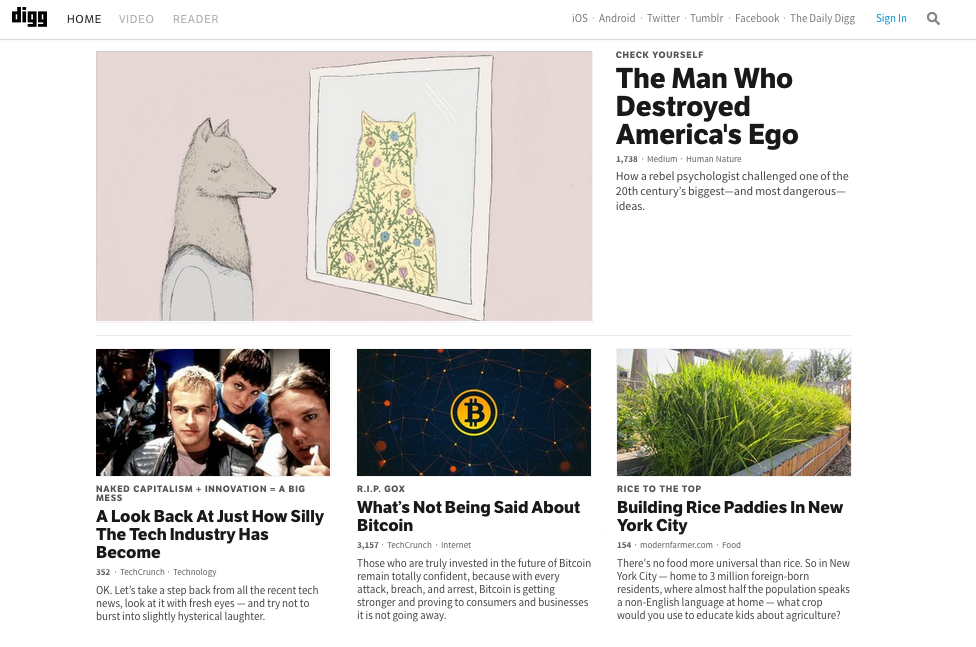 Quite the change, right?

While the old Digg was more of a community of folks who voted stories up and down on the Digg home page, today’s Digg is much more of a curated site (read: active community vs. passive media consumption site).

And, I think the change has made it a must-add to your digital reading for any PR pro today. Here’s my logic:

Today’s Digg is easier to scan

We don’t have a lot of wiggle room in our daily lives. Sure, I’d love to have two hours a day to go on Reddit, create sub-Reddits and contribute on a daily basis. Except, I don’t have two hours a day to do that. What I do have in about 20 minutes a day to read. And, I have to use that time very carefully. And the new Digg is a wonderful addition to my daily reading system. I can scan the home page in about 30 seconds for articles I need to read later (and, without fail, I always find at least one article of interest). They might not be articles strictly focused on PR or digital marketing, but they’re usually articles that would be of interest to clients, referral sources, colleagues, or posts I just find interesting in general. The new Digg is kinda like the newspaper–the best curated content delivered straight to you.

Not when it comes to devouring content on the web on a daily basis. Speed is the ultimate concern. How much valuable content can I consume in the fastest way possible. That’s what matters to me–and I would argue most PR people. And the new Digg fills that role nicely. The old Digg was more like Reddit–very democratic. But, if you’ve been on Reddit lately, you know it’s full of junk (please Redditors, don’t kill me). Sure, you’ll find interesting and worthwhile posts on Reddit, but you’ll have to sift through a whole lot of junk to get to them. On the flip side, Digg does most of the heavy lifting for you (or, it’s moderators do, along with the social signals you see at the bottom of each post). Let Digg do the work–so you don’t have to.

What’s so wrong with a Pinterest-like layout? 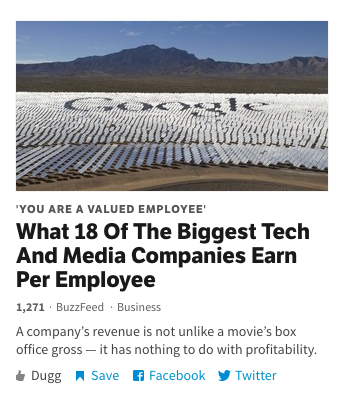 EConsultancy criticized the new Digg for its Pinterest-like layout. But why? For those who want to consume information quickly and efficiently, it’s a great layout. I can see a title, quick intro, social signals (tweets/Facebook likes) and Diggs all in seconds. What’s wrong with that? Sure, if it were all just headlines I could fly through it more quickly, but wouldn’t I miss some of the context? Wouldn’t I miss out of a few more details that might convince me to dive into a certain story? I really like the new Digg layout–and I tend to think most PR people will, too. Remember, the majority of Redditors are men. The majority of people in the PR industry are women. Women like Pinterest. Are you following my logic?

Love the variety–in both story types and sources

One thing I personally love about the new Digg is it’s ability to surface quality content I’m not finding on my own. And, it’s really good content. What’s more, the variety of content and sources is fantastic. Just last week I noticed the following stories on the home page:

* Is Start-Up Culture Derailing the MBA?

* To See the US Wealth Gap, Look No Further than Washington

* If Gravity Wins Best Picture it Will Break the Internet

* Here’s What’s Going on in the Ukraine

And here’s the range of sources from that same day:

Again, note the variety–but the substantial nature of the media outlets. So,  you’re not just getting QUALITY content that’s been vetted by moderators and voted on by the internet. You’re getting a very nice range of outlets that are offering up that content. I just like the mix.

So, those are my thoughts on the new Digg (I know it’s not “new” anymore, but it’s still relatively new) and why I think it’s a must for today’s PR. What do you think? Does anyone visit it daily (or subscribe to the e-newsletter, like I do?). I’d be curious to hear others thoughts on this one…