Why are brand-side PR pros less networked than their agency peers?

In case you missed it, AdFed recently held their wildly popular 32 Under 32 Awards. As usual, more than 100 people were nominated (105 to be exact). And, as usual, a large chunk of those nominees came from one area of our industry.

74 percent of the #32Under32 nominees were agency-side folks (I haven’t seen a published list of the winners yet). A full 78 of the 105 nominees. I’m too lazy to do the math, but glancing at previous years winners, I see a heavy skew toward agency folks, too.

Why do I mention this? 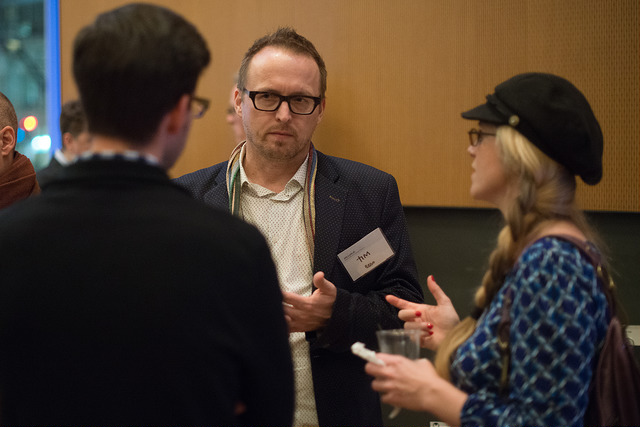 Because it lends credence to a trend I’ve long noticed, and often wondered about: Why are agency people far more networked than their corporate peers?

This is all based on a loose collection of assumptions. But, hear me out because I think it’s an interesting discussion.

Think about your local professional organizations–for me, that means MIMA and PRSA. Who largely makes up those groups and attends those events? I’d say agency folks. I remember when I was on the PRSA board, there was routine discussion about what we could do to recruit more corporate-side folks because we always seemed to lean agency-side (that’s been a MN PRSA label for years).

Look at the awards around town. I just outlined the prominence of agency folks in the 32 Under 32 Awards. Look at MN PRSA’s Young Professional of the Year Award–5 of the first 6 winners of that award have been agency-side folks. And, eight of the last 9 Padilla Award winners have also been agency or solo-side pros.

Finally, as I think about my experience personally, I think about the people I’ve worked with and know on the agency side and people I know on the corporate side. No question, my agency friends (largely) are more networked and connected than their corporate counterparts (with the exception of some folks like Jen Joly at Patterson Dental, Kevin Hunt at General Mills, Jamie Plesser at Allianz and Susan Beatty at US Bank). And, in my experiences working for corporations in the Twin Cities, those folks rarely (if ever) left the building for coffees and professional development events.

So, what’s going on here? Why are agency folks so connected, while corporate folks tend to stick around the office so much more?

I think a few factors are at play:

1: New business is a BIG motivator. Agency folks, like me, essentially get paid to know a lot of people. Because, you just never know where that next piece of new business will come from. So, they show up at events. They go to coffees. They apply for awards. Because all that helps them get their agency’s name out there.

2: Agency people, by their nature, are a bit more outgoing. I know this is a generalization, and it’s obviously not always true, but I’ve really found this to be a trend line in my career. Agency people are just more gregarious than their corporate counterparts. I mean, there’s a reason many agencies have beer wagons roaming the offices at 3:30 on Friday afternoons. Bottom line: The more outgoing agency folks are drawn to these social situations (coffees, events, etc.), while corporate folks seems more inclined to stay within their four walls.

3: Agencies trend younger. No surprise here, right? And I also think people who work for corporations tend to trend a bit older. Think about a typical career track. You start your career working for a big agency in your early 20s. You travel a lot. You’re not married nor do you have kids, so it’s not a big deal. Then, you work your way up the ladder, and you want more responsibility. You take a corporate job. You get married. You have a kid. You have another. Next thing you know you’re 37 and it’s pretty tough to leave that corporate gig where it’s fairly balanced and you now have 25 days of PTO to use for kid sporting events and vacations.

So yeah, I think by writing this I’m confirming what I’ve thought for years: Agency people really are more networked than their corporate counterparts.