Why 99% of companies should completely forget about brand journalism

Relatively recently, Verizon joined a number of big companies in the business of brand journalism. The new site, SugarString (interesting name, right?), is full of original content produced solely by Verizon. According to a recent WaPo article, the site will publish “thoughtful tech-focused stories that track humanity’s climb towards the new next.” 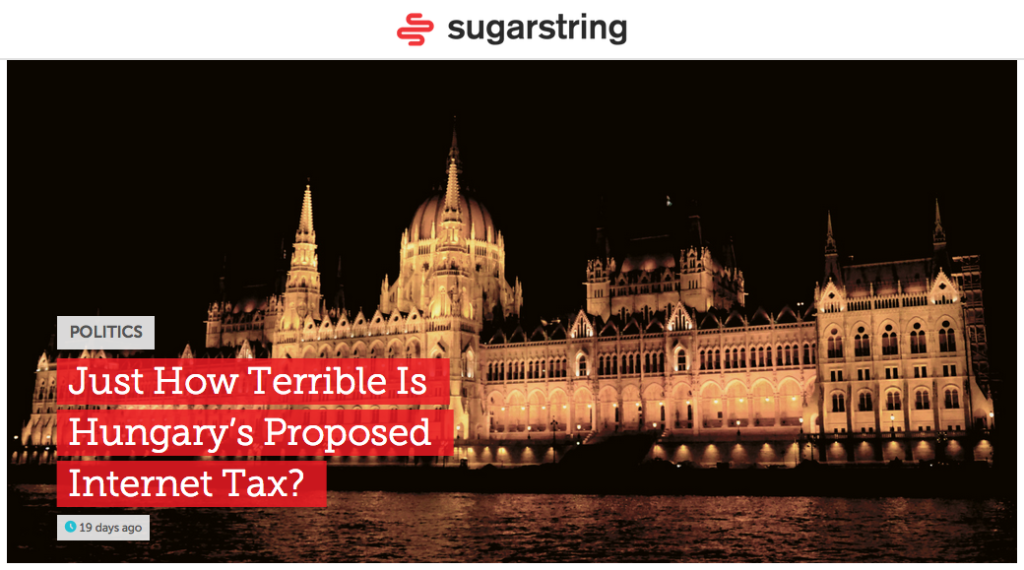 Coca-Cola has been a pioneer of sorts in this space–most recently, it revamped its site, now titled “Unbottled.”

GE has been producing GE Reports for quite a while now.

And tech companies like Intel (IQ) and Cisco (The Network) have been at it for quite a while as well.

But, will this brand journalism trend continue? Will it eventually metriculate down to midsized and smaller brands? And, does it even make sense as a viable marketing approach?

Let’s examine some of the popular theories–and discuss why I believe brand journalism is a non-starter for 99% of the companies in the U.S.

This is the biggest and probably most important hurdle for many companies. Note how big the companies mentioned above are–Coca-Cola, Intel, Cisco, GE, Verizon. I mean, those are all Fortune 500 companies with massive marketing budgets. Now, they did make the decision to invest in brand journalism–but make no mistake about it, that is a significant investment. The ongoing costs associated with maintaining a site like SugarString almost eliminate 80% of brands right off the top. To keep a site like that going requires a full time editor (or two) and a team of freelances or full-time writers to source content. Those are resources very few brands have access to.

Just because you can, doesn’t mean you should.

What’s the common refrain we’ve heard the last number of years: Publishing tools have leveled the playing field. Brands no longer need mainstream media to tell their story–they can tell it themselves through a blog (or brand journalism site)! While that reasoning may be true on the surface, the much bigger issue is this: Sure, you can create your own brand journalism site. You can tell your story directly to customers and circumvent the mainstream media. But you what? It’s damn hard work building a site like that from the ground up. Sites like Unbottled started just like every other blog or news site–with 0 visitors. Building an audience from scratch is hard work–ask anyone who’s done it. And maintaining that audience is even harder, in many ways. So, when Verizon goes and takes on something like SugarString, my first reaction is: “I wonder how long that site will stay around.” Because they’re going to have to build that audience–and then they’re going to have to work like hell to keep it. Remember, this is all about eyeballs and impressions–if they’re not getting those, all the brand journalism in the world ain’t worth squat.

I’ll grant you headlines are important. No question. A good headline brings in readers. But, to say most people don’t care who wrote an article? You’ve got to be kidding me. You actually think an article written by SugarString would carry the same weight as an article that’s been published in the New York Times? ARE YOU OUT OF YOUR MIND? One is written by a team of freelancers who may or may not be trained journalists. The other is written by some of the finest and most experienced journalists in the world. I realize, to an extent, that since so many stories are shared and consumed on social these days that the source is often minimized, but to say the source doesn’t matter. That’s just pure insanity. I don’t care what any survey. I refuse to believe that. I think most people are smarter than that. They still want good, quality content. They want credibility. They may not trust the mainstream media like they once did, but they still pay attention. And they still look at the content they produce a lot differently than they do a brand site.

Who wants to get their news from a wireless service provider?

I know they’re only writing (largely) about the tech space, and most likely, topics that are closer to their sphere of influence, but who’s looking for news from Verizon? Who wants to hear the latest on tech from Intel? And who is looking for news of any kind from a soft drink company? For the life of me, I just don’t understand why anyone would seek out this kind of information from any of these brands. I mean, I get it, articles and posts get shared via social. They come in “sideways.” There is some pass-along value here. But, is that sustainable? Will those traffic numbers add up in any meaningful way? Is that kind of traffic the RIGHT traffic? And, will people really start trusting brands as news sources? I certainly hope not for the sake of mankind…

To be clear, I’m not saying companies shouldn’t continue to create content (in the form of a company blog, for example). Brand journalism, and what Verizon and some of these other companies are doing, is a bit different. And, I just don’t see it being sustainable–or a good fit for many companies at all.

In fact, I’d say for roughly 99% of all companies, it’s not a great idea at all.

Disagree with me? Let’s discuss in the comments (or via social).