Home Blog Uncategorized Who do we pitch to when there’s no one left to pitch to?

Who do we pitch to when there’s no one left to pitch to? 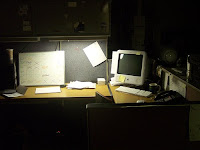 Had an interesting, albeit short conversation with my friend and PR colleague, Ryan Mathre, on the golf course the other day. His question: “Who will we pitch to when there’s no one left to pitch to?”

Of course, this question is based on the premise that the traditional media channels as we know them are slipping away. Newspapers are shuttering their doors. Others are laying off staff or offering furloughs. One way or another, the traditional newspaper model as we know it today will change. Eventually.

So, then what? Basically, that was Ryan’s question.

Look at the strategy Domino’s employed last week in addressing its crisis. Sure, they most likely issued a news release with their official response in an effort to tell their story through traditional media channels. But, they also recorded Patrick Doyle, CEO, telling their story firsthand to customers and key stakeholders on YouTube in a more human, visceral way. Domino’s didn’t pitch anyone. Didn’t pick up a phone. Didn’t send an email. They simply produced a video, posted it to YouTube and hit “upload.” And boom–their message is instantly available to millions of potential Domino’s customers and influencers.

The game is changing. And right now, we’re in this limbo state. Traditional media channels are very much still in play. Think the New York Times or CNN has no clout? Better think again. But, new media channels are offering organizations a very different way to tell their story. Sometimes it’s direct-to-consumers (YouTube videos) other times it’s more indirect (monitoring and commenting on key blogs in your niche market).

What do you think? What will happen when we don’t have anyone to pitch to?