Home Blog Uncategorized When we celebrate PR/social media success why do we always zero in on impressions?

When we celebrate PR/social media success why do we always zero in on impressions?

There’s a huge dichotomy going on in the PR/social industry that’s been bothering me for a while now and I just want to talk about this for a minute today.

The topic: Using impressions as the key success metric when we celebrate case study wins.

We see it all the time. 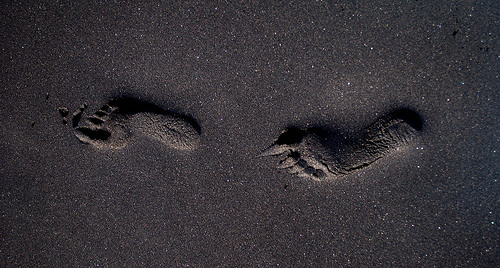 In fact, I just saw it this week when a friend, and someone I, and many people, respect, showcased a case study he/she had recently worked on. This person talked about the campaign in the post and ended it talking about how successful it has been based on the huge number of media impressions it has generated so far.

The number was in the tens of millions. It was impressive. But, if you’ve worked in marketing or comms for any length of time, you also know those gaudy impression numbers are a dime a dozen.

My friend is far from alone.

It’s an issue I’ve been acutely aware of for some time.

Here’s the crux of it: As an industry, we talk a lot about how impressions are the softest of the metrics we typically report on. Sure, they show reach. And, that’s somewhat important. But, metrics around engagement, traffic and ultimately, leads, are far more powerful in any marketer or communicator’s playbook.

Yet, when we see people talking about their work online and how successful it’s been, we often see them LEAD WITH impressions.

This has always confused me.

Most people are smart enough to understand that impressions are not a meaty metric. They know full well people will do the eye roll when they see the gaudy metric numbers. We’ve all done it.

So, why lead with it when you’re lauding your case study success?

Is it because it’s the easiest metric to get and share?

Is it because you can’t share lead or traffic numbers because of NDAs?

Or, is it because those big impression numbers are awfully impressive, and put your traffic and lead numbers to shame?

Probably a mix of all three in many cases.

But again, at the same time, we’re all talking about how impressions and things like “AVEs” are too soft and don’t resonate with executives and leaders.

And, for good reason, too. Impression numbers tell you the least of any metric you report on. Allow me to explain. Let’s say you earned a media placement in Mashable. According to the site, Mashable has 45M unique monthly visitors and another 28M social media followers. So, you could make the argument a placement in Mashable would earn you 73M media impressions.

But, what does that really mean?

Your story was published on Mashable. And sure, the site gets 45M visitors per month, but those visitors come to the site in many different ways (through social, search, enewsletters, etc.) How many of those 45M actually read your story? Most likely a small fraction.

What about the 28M social media followers? How many of those actually saw your story on the site? Mashable’s most likely not spending hundreds of thousands of dollars promoting its social content. That means, on the contrary, VERY FEW people are seeing it on sites like Facebook and Twitter.

So, of those 73M how many are actually reading and retaining that article you got placed? Probably not the full 73M. Probably not even close to that number. This is just one example. And, I’m clearly taking an educated guess. But, I think it’s pretty close to the truth. And, it’s a big reason why you shouldn’t put too much stock in these gaudy impression numbers.

That’s my two cents. What do you think? Have you noticed this as well? Any take on why people continue to do this?