Home Blog Career|Other When is it OK to stop climbing the PR career ladder?

When is it OK to stop climbing the PR career ladder?

There’s a conversation I keep having with colleagues close to my age level (35-45, shall we say). Not sure if it’s a new conversation, but it’s one that doesn’t get a lot of attention when it comes to the larger career discussions.

In essence, what these people are really wondering is this: Is it OK to NOT climb the corporate or agency ladder and just stay where I am for a while? 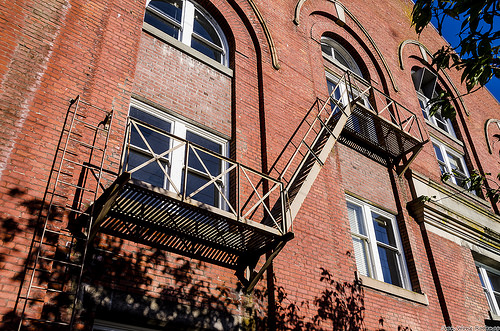 And really, why should the answer be anything but: “That is completely fine”?

Never mind that the SVP job you’re competing for is a 75-hour-a-week job with a massive travel commitment. I want to win, dammit!

But, maybe that’s changing a bit.

Like I said, I’ve heard this conversation a lot in the last six months or so.

Maybe it’s just my age group. People in the 35-45 age range are more likely to have little kids. Little kids have activities. Little kids need parents to be around a lot. They also need cars to drive them to said activities. These people are getting pressed from every corner of their lives for time.

And lately it seems a higher level job with more responsibility and more pressure just isn’t a priority.

Truth be told, this was the situation I found myself in before I started my own business. I had two kids under the age of 3. I had a decent job, but it wasn’t a killer job. I could have competed for a more senior-level job–but I really didn’t want to. I saw what those people had to do. I saw the hours they were putting in. I saw the pressure. I didn’t want any of that.

So, I kept my head down. Did my work. And just stayed. Right where I was.

Here’s what went into my thinking:

Would not competing for that more senior-level job hurt my future job prospects?

I didn’t think so. And, that turned out to be true–for me, at least. Keep in mind, there are only so many SVP and VP of Communications jobs in any market. There are many more director and manager-level jobs. And most of those pay pretty darn well. Plus, you have to look at the “rewards” of a more senior job and if it’s worth it for you. For example, an SVP job may mean a 10K bump in pay, but it will also mean 20% more travel and a LOT more pressure. Is that worth it? For me, the answer was no (again, two little kids at home; a lot going on). A title and money aren’t going to make you happy–most of the time. I think that’s important to keep in mind.

Would not competing for that more senior-level job hurt my financial future?

Not sure there’s any way around this one. By not taking more senior-level jobs, you will take a financial hit. No bones about that. But, here’s the thing: What’s the cost of that? What if you take an SVP job, it’s so stressful it causes health issues and you’re forced to quit. What happens to your financial future then? (and believe me, that’s not a crazy example). There’s more than money at play with these decisions.

Would not competing for that more senior-level job hurt my reputation?

Some of the smartest and best people I know are folks who have been in the same level job for YEARS. Does that make me think less of them? No way. Does it make me think they’re not ambitious and driven? Not for a second. Because here’s the thing: We can’t ALL be SVPs. We can’t all run agencies. Only a select few get and earn those jobs. So, there’s a whole slew of people just below that. The “lieutenants”, if you will. And those people are doing damn good work. They have a lot of responsibility. They manage people. They’re just not THE boss. That’s a long way of saying, I think you can have a stellar reputation and not be the president of an agency.

The bottom line is this: Today’s career progression is a lot different than it was 15-20 years ago. It’s not linear anymore. It goes up, then it comes down. Then you flatten out for a bit. Then you go back down again.

Then, I accepted a job at an accounting/consulting firm, and my outlook changed. I started climbing. Until I was in a pretty good place. Then, I climbed some more, and took a great job at Beehive PR.

Then, life happened. Boy, did it happen. We had our second kid. We had some big-time health issues. And, I was stressed to the hilt at work. So, I took a step back. And, I accepted a role at Fairview that was well below where I probably should have been at that point in my career. But you know what? That didn’t matter. What mattered at that point was my family.

Fast forward two years and my kids were a bit older. I was in a different spot. I was ready for a change. So, I climbed again and started my own business. And, I’ve been climbing for the last six years–more clients, larger clients, more “wallet share.”

Fast forward five more years–who knows where I’ll be. I hope I’ll be doing exactly what I’m doing now, but who knows what life will throw at me and my family. I might take another step back. My wife and I want to retire early (55 is the target age). I have a few other interests I’d like to pursue. Who knows where that will lead?

Point is: I’m not looking at the next 5-10 years with the expectation that I will continue to climb. I’m open to what life throws at me. And, I think that attitude is becoming more and more common.

It’s a good discussion–and I hope it’s one we’re more open to having more openly as we mentor and coach the next generation of leaders and professionals in our industry.