Home Blog Other|PR What’s the one iPhone app you can’t live without?

What’s the one iPhone app you can’t live without? 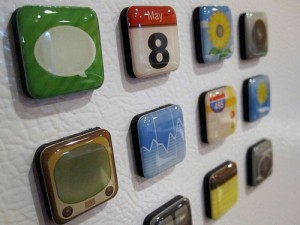 For the last two years, I’ve been a Droid owner. I bought the original Droid the day it came out. It was a thing of beauty–at the time. But, over time a number of things started to really bug me about the phone. The battery case kept falling apart (I wasn’t the only one with this problem). Sound quality on calls was rough. And, even as far as the Android app market has come in the last year, it still pales in comparison to the *quality* of iPhone apps.

In the meantime, we’re a full Apple family. Two MacBooks. One iMac. One iPad. And an Apple TV.

The iPhone was inevitable.

So, last week I broke down and pulled the trigger. Bought the new white version, too. And, I immediately ordered this case.

Now, all that’s left to do is learn how to use the damn thing 😉 Oh, and figure out what apps work best and fit in my work routine and lifestyle. Off the top, I know I’m going to be a heavy Posterous user with my new BadAssShoes blog (and others). I’ll probably also use Pandora a fair amount. Crackle, too. But, I was curious what other apps other people like me use.

So, I started asking PR and marketing folks like me the simple question: What’s the one iPhone app you absolutely cannot live without?

Here’s what I heard:

What’s the one iPhone app YOU can’t live without?