We’ve all heard the litany of excuses our executive partners give us for why they can’t be a bit more active on social channels. 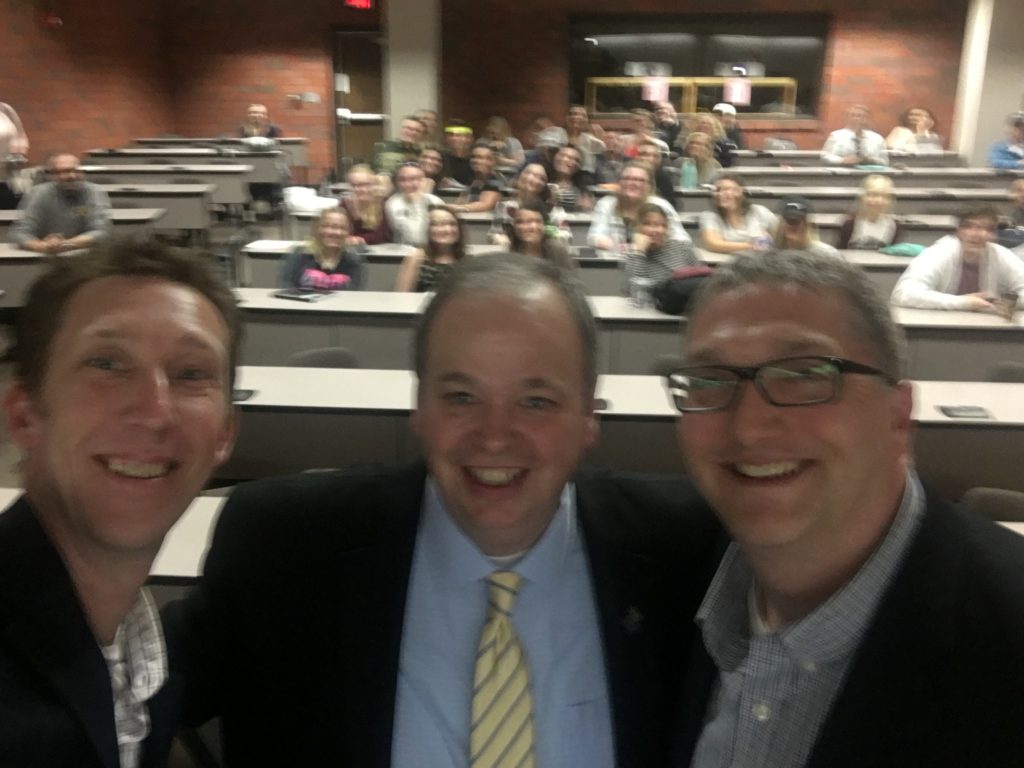 In fact, according to recent reports, only 38% of public and private company CEOs have updated their social media channels in the last YEAR.

UW-EC grad, Kevin Hunt and I had the chance to interview Chancellor Schmidt earlier this week as part of our Talking Points Podcast. And, we learned he’s taking time almost DAILY to interact with media, legislators, community members, staff and students on Twitter (he also blogs here).

During our interview, I couldn’t help but think: Executive leaders at organizations across the U.S. could learn a lot from this guy. Specifically:

This is probably the excuse we hear most often from our executive partners–and the one I have the biggest problem with. Here’s why: I’m not asking you to spend an hour on Twitter today. I’m asking you to spend 5 minutes. Chancellor Jim is a perfect example. Much like a company CEO, he’s a busy guy. He’s locked in meetings. He’s traveling. He’s meeting with important people. But, he also has short bursts of “downtime” he can use to check in on Twitter on his phone. In fact, he was doing just that when he got to our podcast interview a bit early. He uses those five minute bursts to check in on his mentions and conducts some basic keyword and hash tag searches to find tweets to retweet and respond to–like this one below from a UW-EC alum. Everyone has five minutes–even your CEO.

Always glad to see #Blugolds back on campus! https://t.co/Ooj2yA6bjA

One of the things that immediately struck me about the Chancellor was his ability to connect with students. He was approachable and down-to-earth with the students during our podcast interview. And, on Twitter, that’s really no different (he was even careful about his Twitter handle based on how approachable he thought it would make him). I’ve noticed Chancellor Jim routinely responds to students and prospective students who tweet at him. In fact, he often serves as a “customer service” rep of sorts for UW-EC. The example below is not out of the ordinary for him. Now, you might say, my executives don’t have time to handle customer complaints. And I would point to Chancellor Jim. By responding to these concerns, openly, on Twitter (where others can see them), he’s demonstrating to a whole lot of people (including prospective students, current students, and staff) that he, and the university, cares about their futures. And, by the way, he’s most likely not solving these “customer issues”–he’s merely responding to them and serving as a triage point to get them to the right people internally.

Could you send an email explaining the situation? Chancellor@uwec.edu https://t.co/bsp2MII67e

What better way to connect with employees (or students, in this case)?

See you back for #Spring Semester! https://t.co/43z7WqKsQ8