What the demise of Posterous means for the future of blogging

In case you missed it last week Posterous announced it was closing up shop as of April 30 to “focus 100% of our efforts on Twitter” (the company that bought Posterous last year). 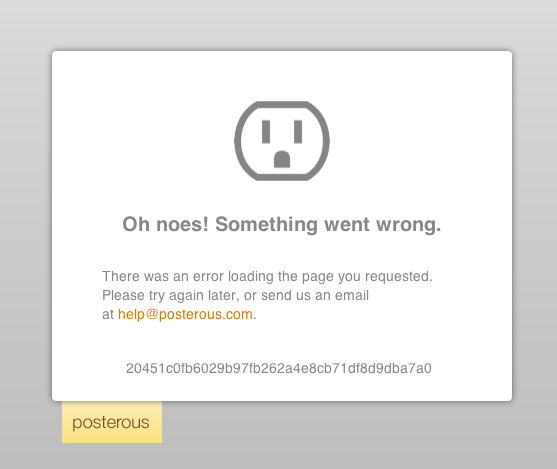 Not a big surprise for those paying attention. After Twitter bought Posterous last year, it seemed there was a decent chance they might shutter Posterous. Sure enough, that day will come on April 30.

It’s too bad really. Posterous was an innovator in many ways. It was one of the first platforms to give you the ability to publish to many platforms (Facebook, Twitter, etc.) with just a single click. And, it was also among the first (and only?) blogging platforms that allowed you to publish via a simple email. This was always an under-served path to blogging in my view. As corporations looked to easier ways to blog, it struck me as strange that this really never caught on (although personally, I LOVED it–I think I have more than 10 Posterous blogs I’ve started at one point or another over the years).

But, now that Posterous will be gone for good on April 30, what does this mean (if anything) for the rest of the blogsphere. I think three implications are in play:

Confirms the importance of self-hosting

Sure, Posterous is giving its users the ability to download content and shift to another platform, but if you had bought your own domain, and self-hosted, you wouldn’t be in this position, would you? I think the number-one outcome of Posterous shutting down is that it confirms the sheer importance of self-hosting your blog. If you own your blog, and the domain, you never have to worry about your platform being bought out by a bigger corporate giant. You never have to worry about porting content to a new tool. You can just focus on building the best blog you can. Every day.

Tumblr will only get bigger

For the last few years, the big blog players have been: WordPress.com, Blogger, Tumblr, Typepad (less lately), Squarespace (gaining steam) and Posterous. WordPress.com is far and away the clubhouse leader among this group with Blogger usually close behind and Typepad, Squarespace, Posterous and Tumblr in the rearview mirror. But, with the explosion of Tumblr (77 million blogs as of Oct. 2012 and counting, according to Wikipedia) as a community AND a blogging platform in the last couple years–and now with the demise of Posterous–Tumblr has really solidified itself as the primary #3 blog platform on the market. And, a lot of those folks with Posterous blogs will be switching over to Tumblr in the weeks ahead–just watch.

Apparently blogging by email WAS NOT a need

This one surprised me. I thought this was the most brilliant part of Posterous’ set up out of the gate in 2008–the ability to blog by email. For those who were confused and tormented by the “techniness” of platforms like WordPress, Posterous offered something much more simple. In essence, if you could use email, you could blog. It was literally that easy in the early days. Since then, of course, Posterous has evolved a bit, But that, along with the ability to cross-post across other social networks, was the chief USP for Posterous. And, it really never panned out. You really never saw people talk about how much they really loved that feature. I heard more folks talk about how they loved the simplicity and look of Postersous–but not so much around the posting by email. I really thought that was a need that  Posterous filled nicely. And, I was wrong.