Home Blog Uncategorized What grade would you give the MIAC in handling the St. Thomas fiasco?

What grade would you give the MIAC in handling the St. Thomas fiasco?

Yesterday, the Minnesota Intercollegiate Athletic Conference (MIAC) issued a four-sentence press release that officially booted the University of St. Thomas out of the conference.

And just like that a founding member of the conference was history.

Communicated with a 94-word press release. And no further comment from anyone at any of the other MIAC universities. 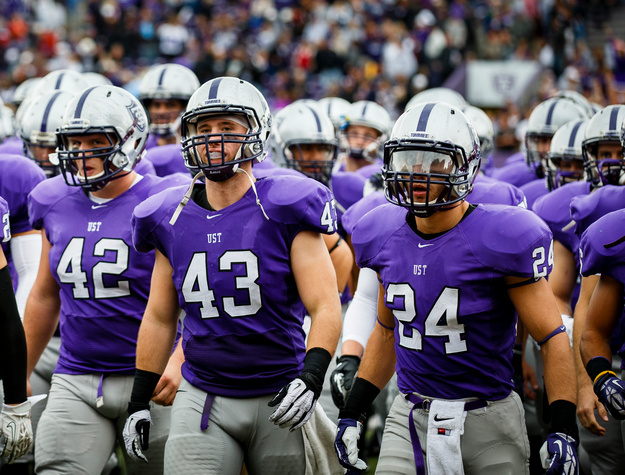 Predictably, backlash around the decision has been fast and furious on social media–especially amongst UST grads and supporters.

I hope St. Thomas beats the Oles, Pipers, and Auggie Tech by 200 points each.

And, UST itself has not shied away from commenting on the situation. In fact, St Thomas president, Julie Sullivan issued a statement just hours after the MIAC’s decision. Understandably, she and the St. Thomas community were disappointed.

Throughout this “discussion”, it’s been interesting to me that St. Thomas has been the only one talking. Yesterday was no different with Sullivan’s statement.

St. Thomas is attempting (successfully) to control the narrative. Meanwhile, the rest of the MIAC seems perfectly fine burying their heads in the sand and hoping things go away quickly (which they will–this is not life or death, after all).

Yet, according to the Star Tribune, multiple university presidents have refused comment (so far) and directly people back to the news release (which was, most likely, the agreed course of action).

So, no matter how you feel about this decision, you have to believe more people are going to ultimately sympathize with St. Thomas. Why? Because they’re the only ones talking!

If the MIAC had come out and justified their position and talked about why they came to this difficult decision, the backlash most likely wouldn’t have been nearly as harsh.

But, as we know, silence creates a vacuum. And St. Thomas has been filling that silence the MIAC has provided with their story, on their terms. And, I find it pretty compelling (personally, I’m with UST on this one–I find it ridiculous the MIAC is kicking a university out of its conference for being TOO successful! Wonderful message for today’s youth!).

The MIAC blew it here–not so much in the decision they reached, but with the way they handled the communication of the message and the entire situation. They had an opportunity to shape the conversation, but they relinquished that chance by staying silent almost completely throughout.

I gotta believe any PR or comms professor at any of these schools would have given their own institution of higher learning an “F” on this test.