It didn’t go over well (at least not with the colleagues I spoke to).

Almost seven years later, I’m fairly removed from the traditional office setting. I work from home many days. Coffee shops. My local YMCA. And, a local co-working spot. So my idea of an “office” is fairly non-traditional. 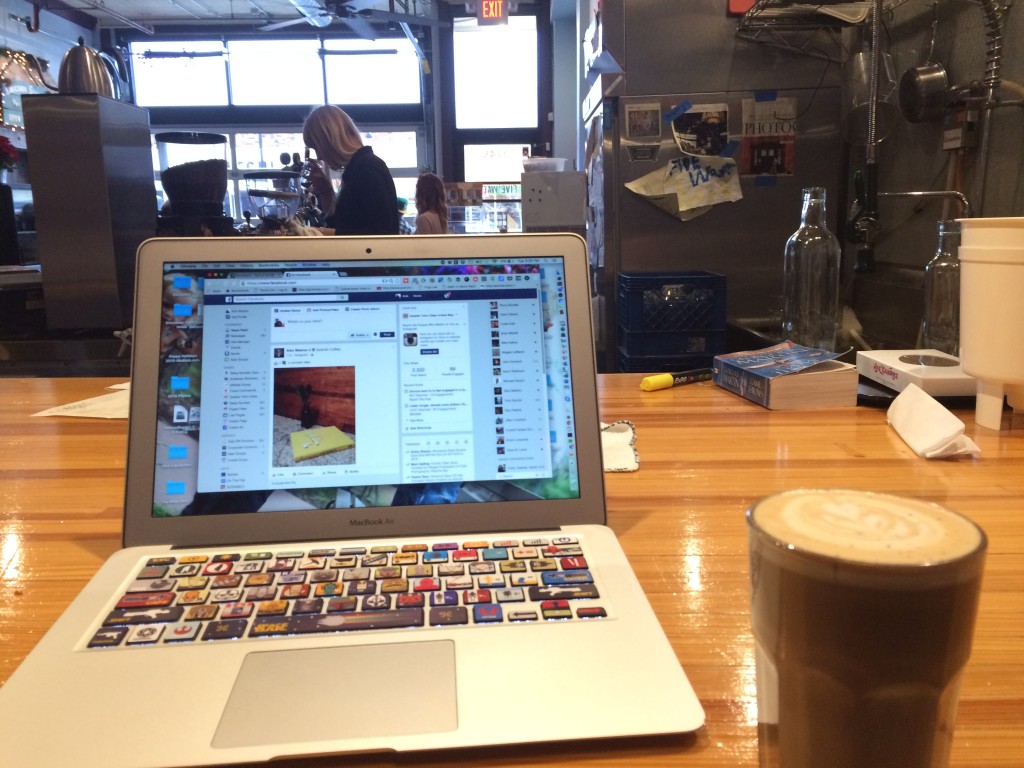 But, apparently, in those seven years that I’ve been away the whole “open office” trend has really taken off. According to the International Facilities Management Association, 70 percent of U.S. offices have no or low partitions.

And, not surprisingly, we’re starting to see more articles like this one from WaPo, which was shared all over the place last month. And, as a result, a lot more frustrated people (just like me and my colleagues at Fairview seven years ago), too.

The open office environment may be enjoying its heyday, but I’m here to say a different environment is the future of work in our industry.

According to many of the articles I’ve read lately on open offices, the chief complaint is they typically hurt productivity instead of enhance it. That’s not surprising. What’s the one thing you typically hear from most people who work in an office environment? “I can get as much done in a few hours working at home uninterrupted than I can in a full day in the office.” In other words: Noisy office environments aren’t productive at all.

What’s another big complaint people have about the world of work, in general? The commute, right? If you live in NYC, Chicago, SF, Atlanta, DC or any other myriad of larger markets, you know what I’m talking about. The commute is a KILLER–depending on your location. Some folks are spending 2-3 hours a day in the car or on a train. That’s no way to live, folks. And, it’s not helping your productivity.

The virtual office hits on each of these items–HARD.

#1: You’re typically far more productive when you’re working remotely. From home. From a coffee shop. From the gym. Your head is down. You’re focused. You have your list. No distractions (or, fewer distractions, at least).

#2: No commute! I don’t know how many winter mornings I’ve woken up to six inches of snow and said to myself, “Man, I’m glad I don’t have to get in the car today.” No commute=2-3 more hours of productivity per day.

#3: Collaboration is just as easy from my dining room table as it is in an open cube. OK, maybe not “just as easy”, but I’ll take the trade-off here given #1 and #2 above. Wouldn’t you if you were an employer?

And, you’re already seeing this trend in action with successful companies. Go ask anyone that works for Fast Horse here in Minneapolis how it’s working for them. FH was one of the very early adopters of the virtual office trend (way back). They call is “hot desking”, but essentially it’s giving employees the freedom to work where they want, when they want, on their own terms. In other words: Just get your shit done–I don’t care how or where you do it.

I think about my experience as an independent consultant. I don’t really even have an office. Sure, I have a “desk” at home, but it’s hardly an “office.” More often, I’m working in one of the following locations:

And you know what, I’m REALLY productive. When I want to be, I can PLOW through work at any of these locations (save CoCo, maybe). Why? Because I’m focused (no interruptions). And I’m removing “dead time”.

So, why aren’t more companies going this route? Good question. I’ve asked myself that many times. Trust issues are largely to blame. Older generations (those doing the “managing” right now, and serving in senior leader roles) still don’t trust the “virtual” concept. I think many still see it as an opportunity to “cheat” on work time, and get personal things done.

My comeback to that: Who cares? Sure, employees will get personal tasks done if allowed to work from home. But you know what else? They’ll be far more productive. So, why do you care if they get a load of laundry done as long as they knock out that TPS report by 3 pm. Really, WHY DO YOU CARE?

I feel like we’re going to hit a tipping point with this soon. The companies who get on board with virtual work environments will earn significant business advantages–you’re already seeing it in our industry (see Fast Horse). Those who don’t–I’m not sure they’re going to be able to attract and retain the talent they want. That’s just a fact. Go ask any millennial right now which option they’d prefer. And, as those millennials slowly have kids, I can tell you right now, that number is going to swing HEAVILY to the virtual side.

I know I’m not saying a lot here that’s groundbreaking. Nothing you haven’t heard before. But then why do we continue to hear so much about open work environments, and so little about virtual work environments?

It continues to baffle me.