The real cautionary tale of the Fyre Festival

Earlier this week, I joined a large percentage of Netflix subscribers and watched the Fyre Festival documentary on the popular streaming service.

My immediate reaction: Shock and horror that Ja Rule is allowed to be in charge of anything, let along a major music festival! In all seriousness, the doc was a bit shocking. But, also riveting. 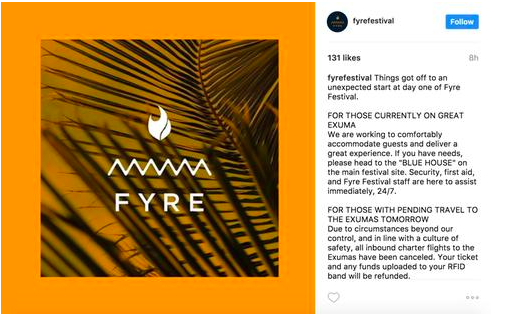 How could so many smart people be so blind as to follow Billy MacFarland in what seemed to be obvious to so many others?

Set that question aside for just a moment. Because there is an angle here for social media marketers. A big one.

A big part of the marketing strategy for the Fyre Festival was influencer marketing. They contracted with 400 key influencers to post a single orange square. The result? A reach of more than 300M.

The list included some heavy hitters, too. Among them: Kendall Jenner and former NFL players Marshall Faulk and Chris Johnson (because, to be honest, those were the only names I recognized on the list!).

And, while the posts did generate the massive reach and influence MacFarland and Ja Rule were hoping for, they DID NOT include one key element: a disclaimer.

Just look through a few of the key posts: 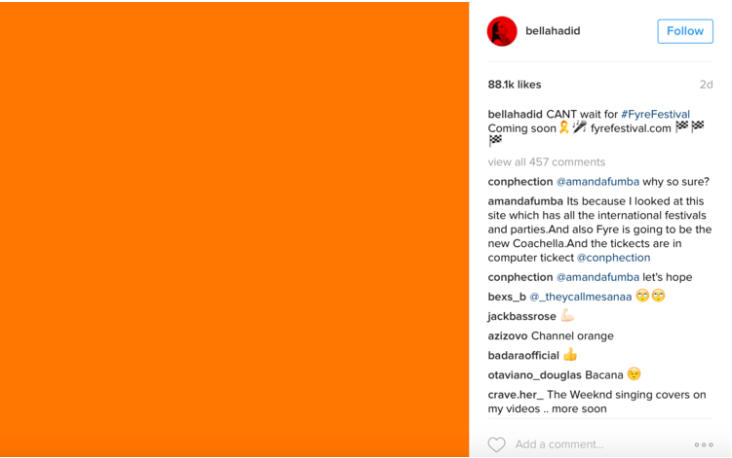 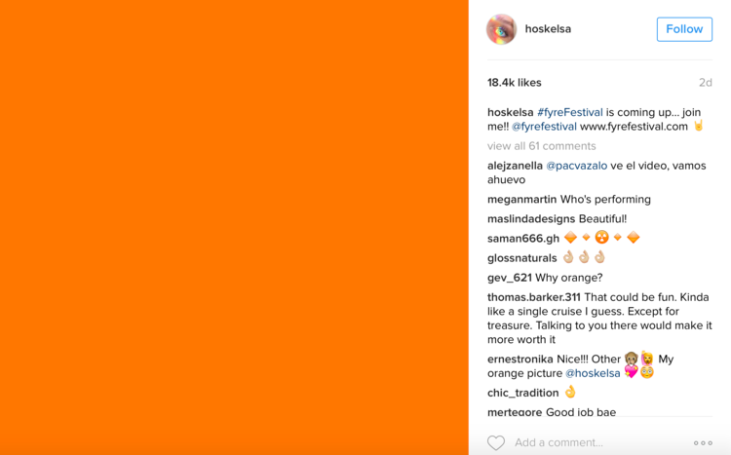 Surely, Kendall Jenner must have included a disclaimer! 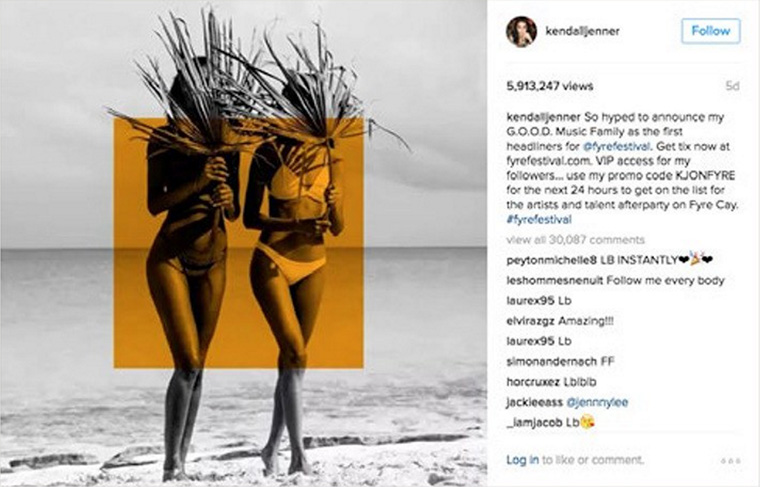 I didn’t try to run down all 400 influencers and their posts, but the good money is on the fact that few (if any) included a disclaimer.

Of course, for anyone who’s worked in influencer marketing the last few years, this is no surprise at all. Heck, I continue to see prominent “influencers” locally here in MSP refuse to post disclaimers (which are legally required by the FTC, mind you).

No, the big issue here, and the cautionary tale for an entire industry (marketing/PR), is much bigger than just disclaimers. It’s about ethics–or, more precisely, a complete lack of ethics.

Ethics: When it became clear they weren’t going to pursue this course of action, how did the agency that was helping FYRE with its influencer marketing not resign the account immediately?

Ethics: How did NO ONE threaten to walk away when MacFarland and Ja Rule demand that the marketing/social staff remove negative comments on Fyre Festival posts?

Yes, this was a hard lesson in ethics. Apparently, NO ONE on the Fyre Festival team practiced any kind of ethical behavior throughout this ordeal (although magically, they appeared to be victimized when talking about their actions after the event on the Netflix doc).

Ethics, my friends. Much like our reputations, it’s all we have. Stick to them. No matter what. Unlike glamorous Instagram posts or music festivals, they may not be sexy. But, they’re also one of the things almost everyone will remember about you when you’re long gone.