The opportunity cost of success 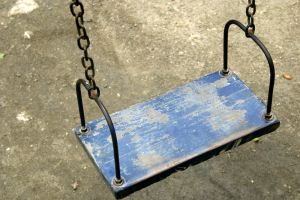 Over the last few months, I’ve had a number of great discussions with people I both admire and respect about work/life balance and the challenge of managing it all while achieving professional success.

In the course of those conversations, one question kept coming up: “How do people make it look so easy?”

It’s a great question. And one I’ve asked directly to a number of folks over the last year.

And, here’s the answer: It’s not easy.

Every single person who achieves professional success makes a trade-off. Whether that’s with their family, their hobbies or their pets. Everyone makes that trade-off.

It’s the opportunity cost of success.

Just look at the folks who are kicking some serious ass.

They’re at the top of their games. They’ve written books. They travel the country speaking. And, they’re most likely making a good chunk of change as a result.

But you know what? It’s all coming at a cost.

I don’t know what those costs are—and it’s not my place to speculate. But I guarantee you each one of those people is making some sort of trade-off.

It’s the opportunity cost of success.

I’ll use myself as an example. In the last year, I’ve started a profitable business, helped organize one of the largest social media events in the country, organized the first-ever Minnesota Blogger Conference, redesigned and revamped my own blog (and continue to blog regularly), helped launch Help a PR Pro Out and sat on the MN PRSA board of directors.

What in the hell was I thinking?

Clearly, I wasn’t. That’s a whole heck of a lot of work. And I can tell you without question that it came at a pretty steep cost.

I probably haven’t been the best husband this past year. I work most evenings so I find myself spending less and less time with my wife.

I probably haven’t been the best Dad to my two small children (ages 3 and almost 6). I pride myself and being a great father, but I know I could definitely be a better Dad to them both.

And I know I haven’t been the best friend. Sure, I talk to folks online almost daily, but my “real life” friends have taken a significant hit. My oldest friend in the world? I’ve probably seen him 4 times in the last year. One of my best golfing buddies? I played with him twice this whole year. It’s a huge sacrifice, and one I knew I was making. I’m hoping to correct this in 2011, but it was just a ball that dropped in 2010.

As you can see, 2010 had a significant opportunity cost for me. Have I had a successful year as a business person? I’d like to think so. Has that come with a cost? A fairly big one.

My point? Success has a price. For us all. It’s different for everyone, but make no mistake about it, there is a price. It’s one of the true secrets of success that no one really talks about. But believe me, it’s there.

So, the next time someone asks you how you make it look so easy. Do me a favor. Tell them the truth.