The impact of a well-orchestrated tweet-up

Last Tuesday evening, I attended a local tweet-up organized by two friends, Liz Heinecke and Jennifer Samuel to learn more about the Children’s Defense Fund MN. I attended, in part, to support a couple friends. And, in part, of genuine interest to learn more about the organization. Well, and the event was held at Corner Table which is less than a few miles from my house and happens to have tremendous vittles. That didn’t hurt either 🙂 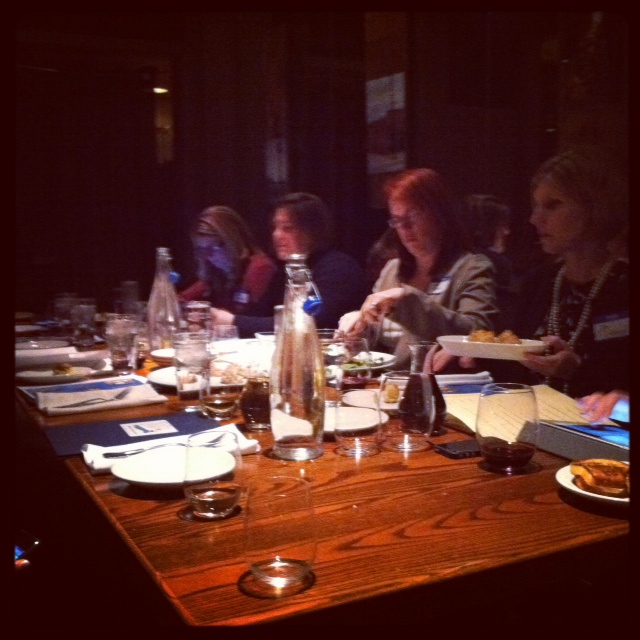 The initial “ask” was pretty simple. Come hang out with us at Corner Table for an evening of drinks, good food and some information about an organization we care about–and we think you will, too. As a Dad to two small children (and a wannabe foodie), I heard enough. I was in.

Now, a good tweet-up (at least one led by a company/organization) needs a few basic components to be successful. Among them:

* Feed your participants (and give them drinks).

* Actively encourage (but don’t plead with) folks to tweet/share.

* Get the right people at the event.

Prior to Tuesday evening, I may have said, “not really” in some situations.

But, what I saw last Tuesday night changed my tune a bit.

Not because we generated hundreds of retweets. Not because we made #beattheoddsmn trend. Not even really because of the people in the room (although it was a really good group for this particular organization).

No, the reason I’m now a believer in the well-run tweet-up is because of one, single email. It’s a note one of the organizers received after the event. She sent it to us the day after, thanking us for participating and pointing us to the note as a sign that we did make a difference.

I’m not going to name the person who sent the note–the organizers asked us not to. But, I will share the context of the note, because it’s important to the story. Someone from an area outside Minneapolis had seen the #beattheoddsmn tweets and they hit home. Because, this person was someone who had actually beat the odds.

In this person’s email, the person talked about how he/she had grown up hungry–starving, in fact. One of the tweets we sent had alluded to the fact that more people were accessing food shelves in a certain Minnesota county (Dakota) than ever before. This person was writing to share his/her story and to ask if there was anything he/she could do to help. He/she had “beat the odds”–and now he/she wanted to do what he/she could to help others who are in his/her shoes.

Why is that so impactful?

Because, beyond the impressions, beyond the retweets, if you can reach just *one* person through all your tweets. One person who has been either impacted by your organization–or who needs its help. You’ve done your work. You’ve achieved success. Well, in my mind, at least.

In this case, CDF now had a supporter who had actually beat the odds who is willing to share her story as a means to helping others. You can’t put a price tag on that. Especially for an organization like CDF where confidentiality is a key factor–many of these people don’t want to share their stories. So yeah, in this case, this was a big deal.

Think of all the people this person could help CDF reach. Think of the credibility he/she would bring to a presentation with youngsters who are facing the same challenges he/she was years ago. Think of how he/she could inspire kids who many  times are lacking for inspiration. This one person can make a world of difference. And all because of a few tweets.

So, the real impact of a well-run tweet-up? Reaching ONE person who can make a real difference.

Remember that the next time you organize a tweet-up. It’s not always about the retweets or the followers. It’s about the impact and reach of those tweets and the lives you can touch through those message.