For many companies, targeting and talking about Millennials has become a full-blown obsession. I mean, how many articles have you read this year with “Millennial” in the title? 20? 30? 1,000?

And sure, Millennials represent a sizable audience for almost any company to consider. And for good reason–they’re starting to accumulate wealth, and they’ll be moving into their prime earning years soon.

But, you know who’s next? Gen Z. Kids ages 5-19 now. These are the NEXT Millennials.

And, they have the size to back it up. 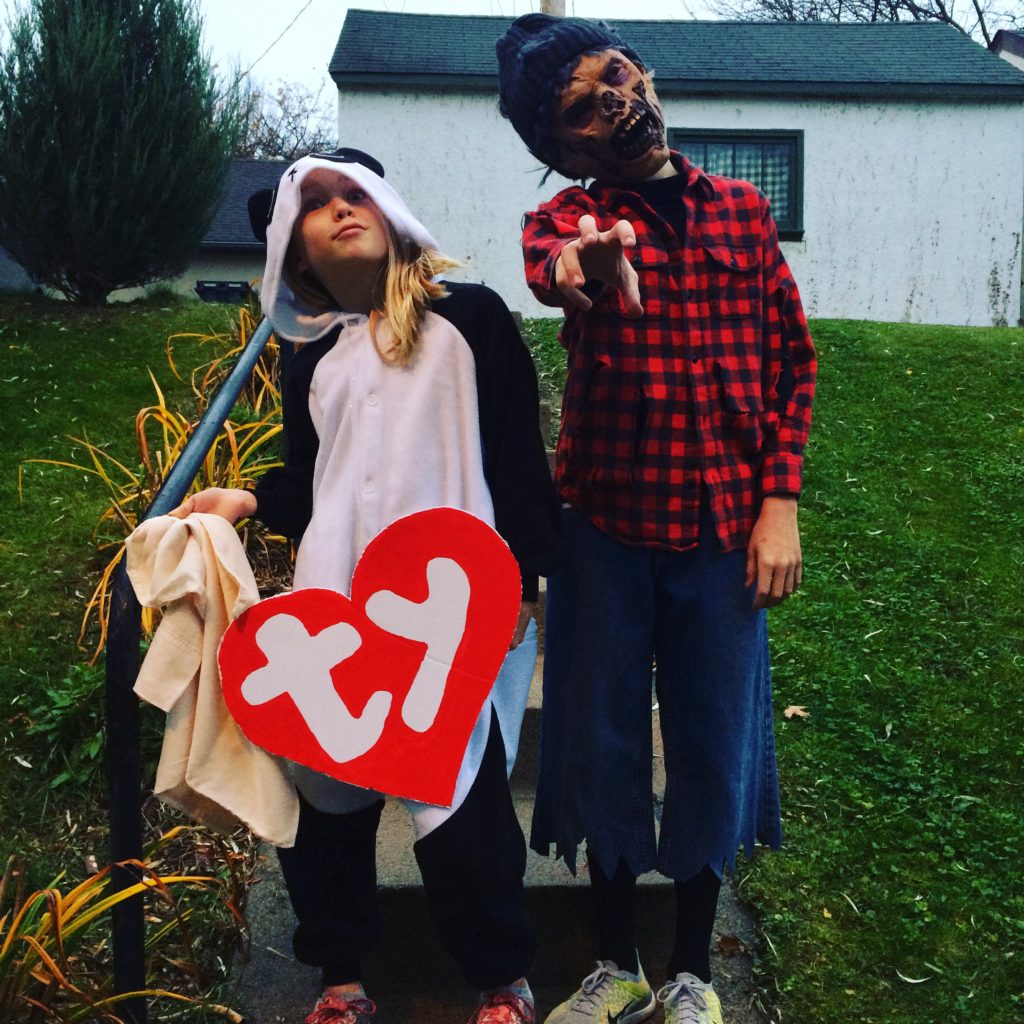 Would it surprise you to know that Gen Z represents a full 25% of the overall U.S. population? Crazy, huh?

But, we don’t hear much about Gen Z because, well, frankly, they’re still kids. And, there are ethical boundaries many companies would prefer not to cross.

However, this is the next big generational group we’ll be marketing to and communicating with in 5-10 years. Because, by that point, many of them will be 21-29 years old. Right in that spot Millennials occupy now.

What do we know about these kids? Not much. Again, they’re so young we don’t really need to know much about them.

But, we should start paying attention. Because these kids communicate and consume media much differently than the generations before them.

And, that’s going to significantly change the way we communicate with them in the years ahead.

According to recent research, 93 percent of Gen Z’ers visit YouTube at least once a week. And, a whopping 54 percent visit multiple times per day. As a parent to two Gen Z’ers, I will attest to that fact. For my kids, YouTube IS the internet. It’s their go-to platform and they’re on it ALL the time. For Gen Z, video IS YouTube. So, that’s a big shift. For previous generations (even Millennials), video has meant a combo of network TV/cable + YouTube + streaming. And probably in that order. For Gen Z, it’s more like YouTube (by a mile) + streaming + cable (and no network TV).

From a comms perspective, that has a few implications: 1) Traditional TV news shouldn’t be the first priority with this audience–kinda goes without saying, but I feel the need to hammer it here; 2) Gen Z will most likely get their news predominantly from social networks; and 3) Gen Z may not be seeking out news the way other generations have–simple as that.

See how far down “reading” and “radio” are down on this list? 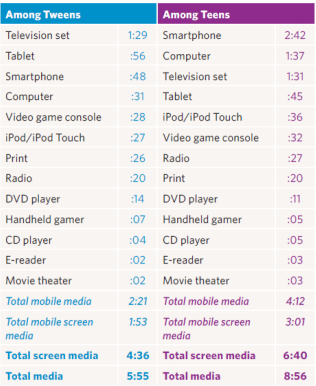 Especially when you look at teens as they prepare to enter the “real world”. Radio and print are miles behind smartphones, computers and tablets as the tools they’re using to get information. These kids are using smartphones, computers and tablets to get their information, instead of newspapers, radios and TVs. Again, seems obvious, but worth hammering home.

Gen Z will be the first mobile-first generation

Look at the graphic above again. And note the total media time for teens (8 hours, 56 minutes). Now note the total mobile media number: 4 hours, 12 minutes. Almost half of their entire media consumption is on a mobile device. These kids grew up with tablets and smartphones. Again, my two kids are living proof. Both get most of their entertainment and info on either their tablets or smartphones (well, MY smartphone, anyway :). I know all generations now use smartphones ubiquitously, but Gen Z will be the first generation who actually grew up with the smartphone as their PRIMARY device.

This shift will make a big difference in how we communicate with Gen Z. Mobile-friendly sites will no longer be optional–they’ll be table stakes (I would argue this is the case now). Your mobile experience won’t just need to be “optimized”, it’ll need to be air-freaking-tight. These kids will be so attuned to the mobile experience, they won’t have time for brands who are fumbling the snap. Mobile won’t be a “consideration”–it’ll just be assumed.