I’m not a recruiter. I’m not a hiring manager. And, I’m not looking to hire anyone at ACH Communications (I have all the help I need at the moment!).

So, I want to start this post by making it clear that I’m not a recruiting specialist, nor do I hire people on a routine basis. 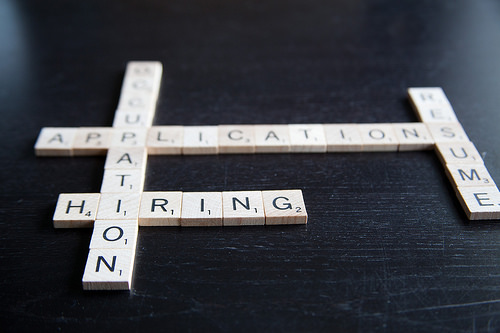 And, from what I can tell, there are a number of clear challenges facing today’s hiring manager–and today’s social media candidates.

On the hiring manager side, the complaint I hear the most from friends and colleagues is a lack of clarity or depth in the resume or interview. For example, a candidate may say they have “strong experience with social media advertising tools”–but the hiring manager comes to find out the candidate has never used Power Editor.

Another example: The candidate might say “I helped drive and implement an integrated social media strategy for the company”–but the hiring manager comes to learn the candidate played just a very small role in that strategy development and that most of it was done by his manager.

From a hiring perspective, social positions are tough because sometimes the hiring manager isn’t the most fluent in social–therefore, they don’t know what they don’t know. Hiring managers may hire a candidate expecting they have a certain skill set they promised in the interview, only to find out the depth of that skill is surface deep at best.

On the candidate side, what I see most often when reviewing LinkedIn profiles is that junior to mid-level candidates don’t fully understand how to best position themselves to employers. They use generalities in their descriptions and stay pretty fluffy when talking about their work.

And, I think some folks tend to over-represent their work and skills. I see lots of “social media strategy development” in junior-level profiles. And while that might be true to an extent, I think it’s dangerous to label yourself as a strategy lead when you’re 25 years old (even if you did actually work on the strategy for your last company/client).

Finally, I don’t see a lot of results and numbers as I sift through LinkedIn profiles–which is absolutely BAFFLING to me since social is littered with opportunities to insert results and data. I mean, I wish I would have had the data I have now when I was building my resume 15-20 years ago. Yet, if you look through most LinkedIn social resumes, you won’t see a lot in terms of results or numbers. Strange.

So, what would I suggest? I thought you’d never ask: