Home Blog Uncategorized The big problem with the “hustle culture”

The big problem with the “hustle culture”

There’s been an awful lot of talk about “hustle” in the business world lately. I blame Gary V. for 98% of this. All kidding aside, Gary is merely a small part (OK, fine, BIG part) of the larger “hustle culture” that has emerged in the business (and PR/social) world the last few years.

And, truth be told, it’s a culture I’ve embraced (in a way) throughout my eight years as a solo consultant. After all, you have to have a big dose of hustle to make it as a solo. You’re chasing new business. You’re networking. You’re doing the work. You’re doing the admin thing. Hustle or die, is really what #sololife is all about. 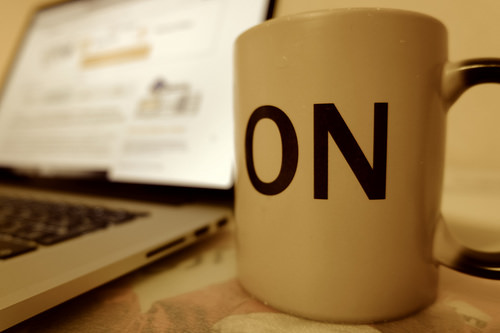 But, there’s a bigger problem at play with the whole “hustle culture” and it’s one I don’t see too many talking about.

Let’s start with the word: Hustle. For me, it’s a loaded word, as I immediately think to athletics and my experiences as a youth (and now, as a coach with my son who’s playing basketball and soccer). Hustle is a attitude that is applauded by coaches across the board. You’ll never hear a coach say “You need to stop hustling!” In athletics, hustle counts for an awful lot.

However, when you translate that attitude to the business world, some thing change.

Successful people in business aren’t necessarily evaluated on “hustle.” I’ve rarely heard a manager, boss or client say my “hustle” was the reason I got that promotion or scored that new project (my work ethic has been noted before, but I see those as different terms).

Now, I’m not saying “hustle” isn’t valuable in business. Certainly, a little bit of hustle is a good thing. Chase down that approval from a client. Jam that networking meeting into your day. Or, spend just 30 more minutes at the office finishing up that deck, but also get to your daughter’s soccer game on time.

Some hustle is a good thing.

But, the hustle culture has gone far beyond that. Today, hustle is celebrated much like other key skills and attributes like building trust, establishing a clear vision and demonstrating a great work ethic.

Here’s why: The further you progress in your career, the more you realize your job is much more about how you can best use your brain to solve business problems than it is about “hustle.”

In essence: the people in more senior-level jobs at agencies and corporations aren’t rewarded for “hustle”–they’re rewarded for efficiently using their brainpower to solve business challenges with teams.

Hustle is a factor–but I see it as a small one.

Attributes, attitudes and skills I see as much bigger indicators of success include:

I’ll take people who exhibit one or more of those attributes or skills any day over someone who “hustles.”

The hustle culture is vastly overrated folks. Don’t get sucked in.