Home Blog Blogger Outreach|Influencers|Online marketing strategy Targeting micro-influencers: The next big thing that should have been a big thing 5 years ago

Targeting micro-influencers: The next big thing that should have been a big thing 5 years ago

AdAge reporter, Kristy Sammis, recently wrote an article that sums up how I’ve felt about the whole influencer thing for years.

No need to pay big-time influencers gobs of money to broadcast your products and services when you can target “micro-influencers” to do the heavy lifting instead–for far less, if any, money. 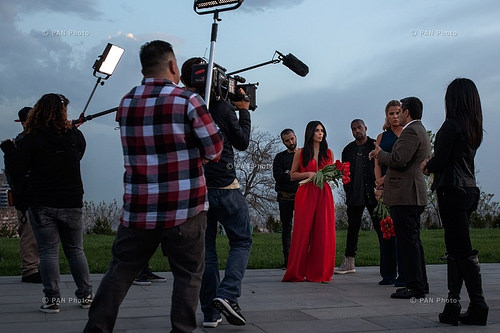 The last couple years have seen the whole influencer marketing thing spiral completely out of control. Companies are routinely paying these influencers tens of thousands of dollars for a single Instagram post. Or, a Snapchat story. Or, a handful of tweets.

Sure, it’s worked in spots. But, by and large, this has been one big bandwagon-jumping operation from the outset. A few big brands started “activating influencers” and the next thing we knew, everyone was doing it.

And yes, I know you could substitute “celebrity” for “influencer” and it’s really no different from what brands have been doing for years. I get that. And, like I said, in spots, it works.

But, when I think of how companies can utilize influencers, I gravitate toward more of a grassroots effort using these “micro-influencers.” Here’s why:

I worked with one client a couple years ago that was targeting “cat influencers” as part of their work. Not the people who OWN the cats, the ACTUAL CATS. Yeah, this is a thing. And, these cats were commanding a lot more money per post than you might think. To the tune of tens of thousands of dollars. Now, these cats did have large Instagram and other social media followings. But, did they really “influence” anyone? Did they really change buying behavior? Maybe. Maybe not. But, for the price tag they were commanding, I’d like to be a bit more sure of that than “Maybe. Maybe not.” Remember, less money spent on influencers means less risk and more opportunity to exceed expectations.

One of the primary hurdles with these big-time influencers is trust. Sure, they have the reach and massive followings many brands are looking for. But, do people actually trust them? I would argue “no.” And, on the flip side, I would argue people trust “micro influencers” much more. According to the recent Edelman Trust Barometer, more people are trusting “someone like them” than ever before. Those are your micro-influencers! These are people with 1,000 Instagram followers–not 100,000. These are folks with maybe 750 friends on Facebook–not a celebrity influencer with 400,000 people “following” them. These folks earn trust every day because they’re not making 15 sponsored posts–they’re just talking about their days and what they like and what they find interesting.

If you do decide to target these big-time influencers, think about the process of approaching them. It’s kinda like targeting a reporter at the New York Times. They get pitched ALL THE TIME, right? They’re getting approach by huge, Fortune 500 brands every day throwing tons of money at them. How much chance do you have of getting their attention? I think that’s a big challenge right from the outset. On the flip side, micro influencers are rarely approached by anyone, yet they cost far less (if anything) and have more trust than celebrity influencers. Makes too much sense, right?

Remember mom bloggers? They still exist, of course. But, way back (7-8 years ago), they were a huge force on the Internet. They developed content that resonated with other moms. Moms read their stuff all the time. Then, they started to appear on marketer’s radars as a tool to reach other moms (a coveted audience). And, the outreach and partnerships started. Then, mom bloggers started running sponsored posts–a lot. And, those posts that resonated with moms so much seemed to dry up. Their blogs turned into one big series of sponsored posts. And, they lacked passion. On the flip side, micro influencers are oozing passion. Because no one’s paying them to talk about anything. They’re just posting about and taking pics about the things they really care about in their lives (food, hobbies, family, etc.). Target the uber-influencers? You’re bound to get someone who will simply go through the motions for your brand. Target micro-influencers? You’re bound to get someone who will be a little more excited and not quite as jaded by the whole influencer marketing world.