Sometimes it’s OK to be a social media follower

Today’s internet culture is very much predicated on one basic principle: Me. 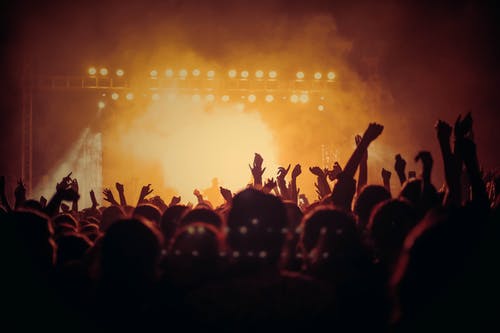 Me, as in, how can I become an influencer and make hundreds of thousands of dollars on Insta, YouTube and TikTok.

Me, as in, how can I talk more about me and how great I am.

We see it every day. And, we’re all guilty of it. Every single one of us.

But, in all this “me-ness” what often gets overlooked is the tremendous value of being a follower.

Yes, there are benefits to being a follower–and not always creating content yourself or making everything about me! After all, we can’t all be thought leaders and influencers, right? Even the influencers and thought leaders would be wise to be followers a bit more.

What do I mean by this? Allow me to share a few examples.

Example #1: You want to become more of a thought leader. You want to establish your “personal brand.” And, you think more speaking gigs will help. You might be right. But, in addition to the focus on speaking, what about routinely attending and listening to other speakers who you admire and find interesting. For me, this means hitting up MIMA events I find interesting. And, the upcoming Digital Summit in Minneapolis (wish I was going!). Attending these kinds of events (and being a follower, instead of a speaker) have many benefits. First, you’ll meet new people. No question. That by itself is worth it, as those connections can lead to new jobs, new business and new relationships. You’ll also expand your horizons more by listening and talking to other followers than you will by sharing your expertise via speaking! Think about it. When you’re speaking, you’re not necessarily learning. YOU’RE the one that’s sharing. Others are learning. When you’re listening, however, you’re learning. You’re absorbing. And, that has much more benefit than speaking.

Example #2: You’d like a more senior role. So, you try to elevate yourself online by creating and sharing more content on LinkedIn. Smart idea. You show up more among people who might hire you. And, you position yourself as someone who’s ahead of the curve in your industry. Yay, you! But, there’s also tremendous value in consistently commenting and adding value to other people’s posts on LinkedIn. And not just any posts, but posts from people who might be in hiring positions. Think about it. Those people frequently have big followings and draw a lot of attention on LinkedIn (compared to you, who might be more in the beginning or middle stages of building a persona via social media). Think about someone like Dave Schneider, CMO at Red Wing Shoes. Definitely someone who influences hiring. Definitely a big deal. And definitely someone who posts on LinkedIn regularly and draws many likes and comments. Wouldn’t there be tremendous value in commenting on his posts and adding value? Wouldn’t he–along with other smart people like you–see those comments and think “Wow, that’s a really insightful thing to add.”? Sometimes, I think we all get so preoccupied with sharing our own thoughts and content on our own social profiles, we forget about the huge upside of adding value to OTHER people’s content.

Just something I’ve been thinking about lately. I’ve been trying to practice this more myself, as I’ve been guilty of the “me, me, me” approach for a long time.