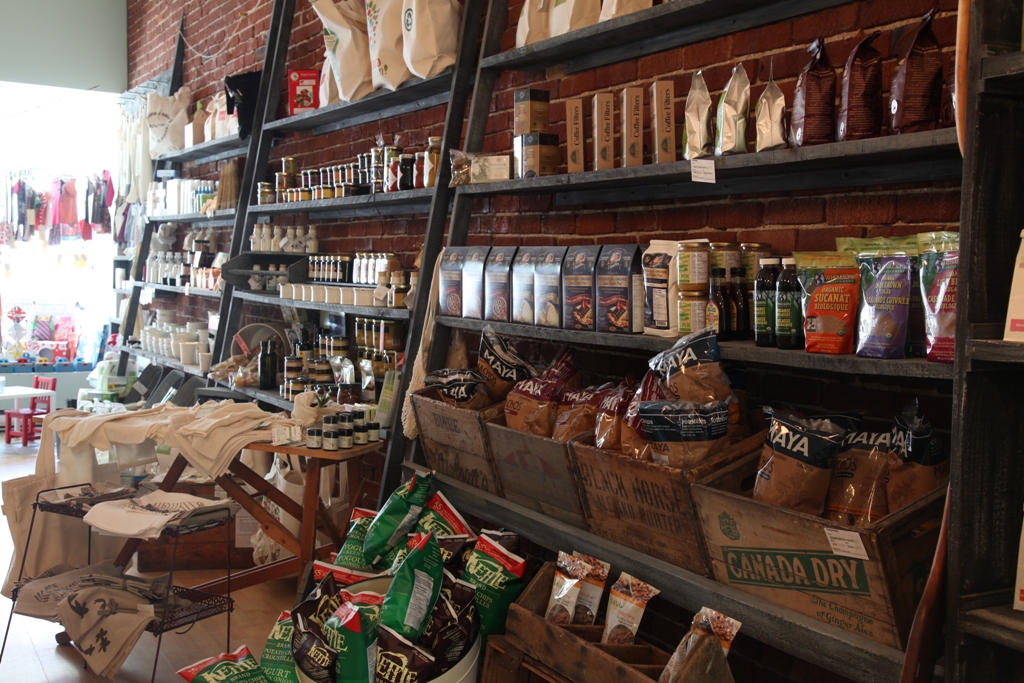 The following is a guest post from Jackson Wightman, a communications consultant based in Montreal who I’ve gotten to know more recently. Jackson has worked extensively in the non-profit, food, green biz and retail sectors. He is also a Contributing Editor at PR Daily and co-owns FAIT ICI with girlfriend.

Under the banner of FAIT ICI, the small organic food and goods business I co-own with my girlfriend, I’ve been managing a group blog called Ici et here for over 40 weeks now.

It’s taught me a lot. Here is an overview of the concept and lessons.

Based on a successful smaller experiment with guest blogging, we created a separate owned media property, and invited 52 prominent/quirky/interesting members of the Montreal food community to post over a 52 week span.

The bloggers are a diverse collection that includes chefs, local food bloggers, journalists, a Hollywood actress, an NY Times bestselling author, even my Mom and Dad. Each author posts only once and we publish once a week (for a total of 52 posts over 52 weeks). Authors are NOT given specific topics but are told to tell some story that touches on the interplay of food and life in Montreal. Because Montreal is a bilingual city some posts are in French and some in English.

Our goals were simple:

* Build relations with influencers in our segment

Have we achieved our goals?

Goal #1 – Get great content for our owned media properties:  No doubt, this was the most easily achievable goal. By partially outsourcing the creation of content we’ve had far more original material than would have been otherwise possible. Bottom line: the beast is fed!

Some facts tell the story here:

* Mentions of @FAITICI on Twitter have nearly tripled since the start of the project.

* Both our Twitter and Facebook followings have increased by over 30% since the project began (I’m not saying because of Ici et here, but it’s worth noting).

* The biggest English TV network in Montreal, CTV, profiled the project on a newscast (and shot in our store).

* One of Montreal’s French language daily papers, Le Devoir, wrote a profile on the project (please forgive the ridiculous picture of me – I was not actually drunk 😉

* The Globe and Mail – Canada’s paper of record profiled FAIT ICI and its digital strategy, including Ici et here.

* Content from Ici et here will soon be syndicated on the We Blog the World Network.

* Ici et here has accounted for a total traffic increase of just over 100% to our owned media properties.

* Our sales, especially over the last few months, are up. Is this because of Ici et here? We can’t say. But earned media matters in terms of getting the word out, especially when you have $0 for paid campaigns. And we know Ici et here has driven earned media.

Goal #3 – Build relations with influencers in our segment: Measuring this goal with rigor is not easy. I can say, anecdotally, that I’m very happy with how we have fared on this metric.

Quantitatively, the majority of our Ici et here authors have “liked” our Facebook page and nearly all of those on Twitter now follow us. They’ve also come by the shop, spent money and talked about the guest blogging experience positively. Good signs.

Ici et here has also served as a conversation starter with influencers who’ve ended up writing about the store, not the blog. The best example is this piece, on our food, that appeared in the major English language daily. Though the food critic who covered us wrote about our lunch offerings, the dialogue began around Ici et here. The article has done wonders for sales.

Over the 9 months of Ici et here, we’ve done a number of things very badly and a few well. Here are some key lessons about running a group blog:

It all starts with goals and metrics. Such a cliché but absent clearly iterated goals…bonne chance!

Have an editorial calendar and slot in your authors VERY early in the process. We did not do this, because we were rather hectic running our lives and the business. It’s a necessary step, so do it and save yourself some time!

Having a broad rubric instead of forcing authors to write on specific topics was helpful to us.  It allows our bloggers to be creative and was something they appreciated.

Select your authors carefully. Author selection should mirror the goals of the project. We wanted earned media, so we needed people with some profile. Not everyone on Ici et here has a massive profile (my Dad, for example, had never written a blog post) but realize that the quality of the project and the realization of certain goals will depend on who is producing the content.

Recognize that some authors need more guidance re topic and promotion than others. I mentioned that we’ve had some weaker posts. Inevitable, but we didn’t send a standard overview of do’s and don’ts to authors. Have material ready for your bloggers that outlines what the spirit of the project is (and is not).

Others may care about your project so you should consider telling them. As a Comms pro by day it has been fascinating to see traditional media (with big circulation/viewership) pick up on this digital project. Don’t be shy to tell them, because traditional media are interested in cool stuff going on in the digital space, especially if there’s a heavy local tie-in.

In the final analysis, group blogging has been a great content marketing tool for us.

I believe our approach is applicable to many other types of organizations. Whether you make outdoor gear, own a local clothing boutique, or run massive charity this is a tactic with real potential returns.

That’s my story. I’d love to know about your experiences. Have you been involved with a similar initiative?