Snapchat: As explained by a 42-year-old

A couple weeks ago, I was reading an article saying Snapchat may be wildly underestimating its total number of users.

I wasn’t necessarily *astounded* by the numbers. I know Snapchat is a big, bad gorilla–especially among younger audiences But, the article still made me feel out of touch a bit. 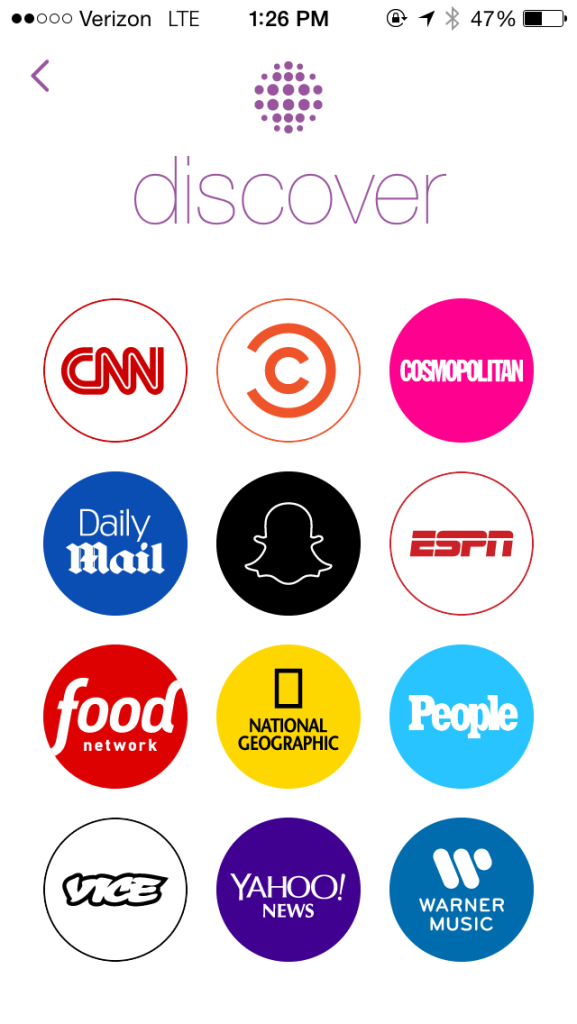 I also rarely consult on Snapchat as a tool, as most of my clients 1) Are not targeting millennials or Gen Z, or 2) Are not in a spot where they even want to attempt a Snapchat execution.

So, really, there’s little reason for me to be well-versed in the Snapchat domain. I mean, I know what it is. I keep up with what’s happening with the app (I know all about the recent addition of the Discover tool, for example). But, I don’t feel the need to know every detail about it, or be using it 10+ hours a week.

That said, I still felt out of touch. So, I decided to be an active participant on Snapchat for one full week.

For one full week, I checked my Snapchat account a few times a day.

For one full week, I actively snapped and chatted with a friends.

And, for one full week, I read through the new Discover tool each day.

Here’s how a 42-year-old Gen X’er would describe what I experienced in my first full week using Snapchat:

Turns out, I have very few friends who use Snapchat. 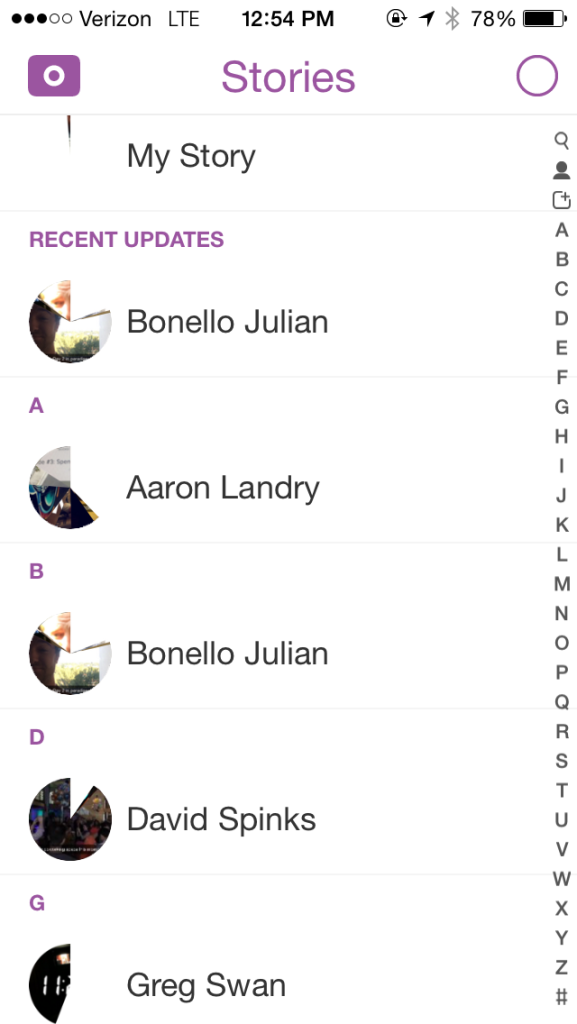 To be clear, I have a lot of friends who have Snapchat ACCOUNTS. But, I have very few friends who are active users of the app. Over the week, I found about 5 friends who actively snapped on a daily basis (thanks Greg Swan, Lindsi Gish and Aaron Landry!). Then, I probably had about 5 more than snapped on a semi-regular basis. The rest never snapped. Obviously, 42-year-old Dads aren’t the Snapchat demo. But I have a lot of friends who are in the 25-35 age group. And, like I said, very few of my friends were snapping regularly (at least not with me or using the “Story” feature).

I’m really only researching for when my daughter gets her first phone.

If I keep using Snapchat on a semi-regular basis (and let’s be honest, there’s little chance I become a “regular” Snapper), I will be doing it for one reason, and one reason only: So I better understand the world my daughter will be living in when she gets a phone in the years ahead. I’m actually quite terrified of the world she will be living in when she’s in middle school when it comes to technology.

Snapchat figured out how to cater to publishers. 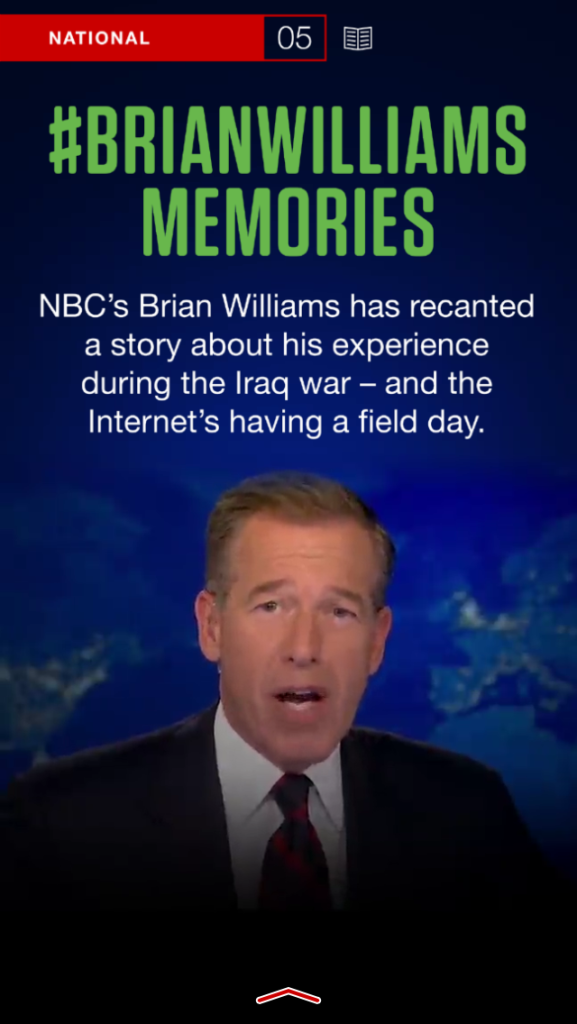 Snapchat has done with Facebook and Twitter really haven’t figured out–how to effectively cater to publishers and incorporate news content so it’s not obtrustive. I mean, just give the new “Discover” tool a try sometime. It’s actually REALLY cool–and useful. Right now, Snapchat features a number of publishers from CNN to ESPN to Vice. The ESPN feed I check every day–and I have to say, in a lot of ways, it’s better than the ESPN app (for a quick glimpse of the sports world, specifically). Same for CNN. Same for Yahoo, which uses Katie Couric to narrate its news feed each day (like watching a 3-5 minute newscast of the most important news each day). Right now, with all the social networks I use, this is probably the easiest way to get a quick glimpse of news in a few different worlds (sports, news, entertainment, for example). Seriously–try it.

I only follow a handful of brands on Snapchat–and I will tell you, it was not an easy thing to do. Everything about it was hard. Finding them was hard. You have to use the “search” functionality and it doesn’t auto-populate, so if you don’t know the EXACT brand name the brand is using on Snapchat, you’re out of luck. However, with the recent app refresh, they’ve add a QR-code-like functionality that lets you do stuff like this: 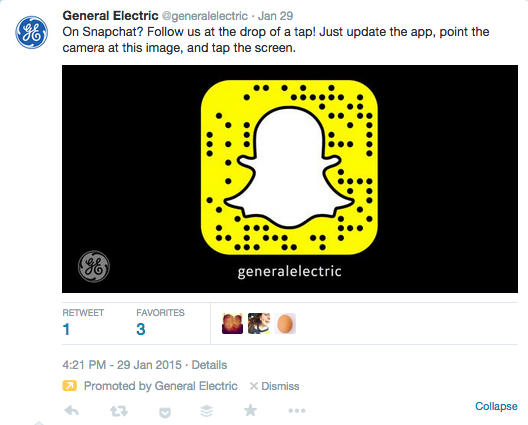 The brand stuff feels like 16-year-olds are running the accounts. 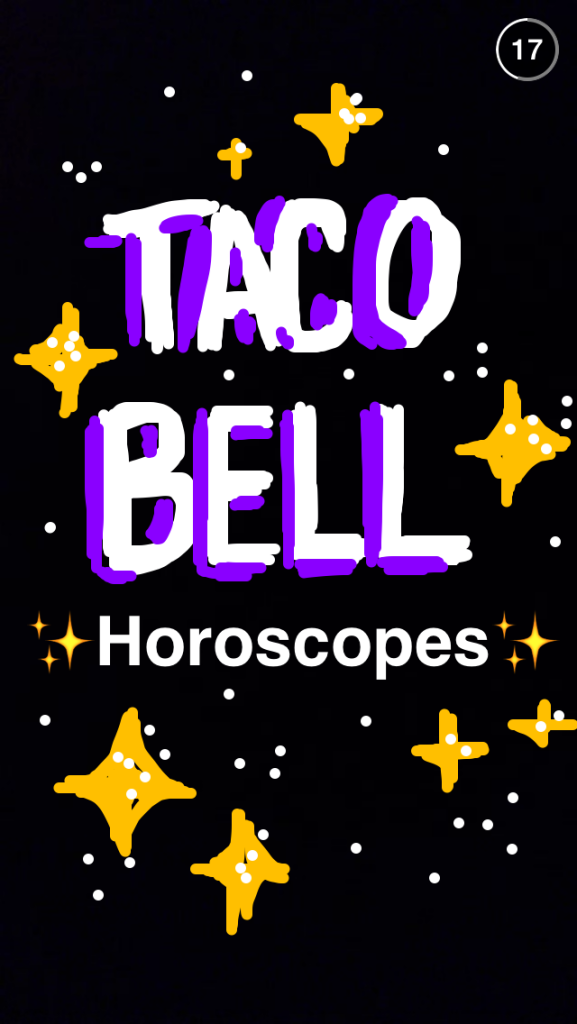 So, a few of the brand accounts I do follow are: MTV, General Electric, Taco Bell and Mashable. With the notable exception of GE (which, in my opinion, does a GREAT job with Snapchat–more in a subsequent post on this), many of these brands feel like they’re forcing it. I mean, Taco Bell had a “story” that looked like it was produced by my 10-year-old son (no offense, Taco Bell; remember, I’m 42 years old, and NOT the target audience). I know the point is for these snaps and videos to be more casual in nature. Not over-produced. But just because your audience is younger, doesn’t mean they want under-produced content that looks like it ran on cable access TV in 1985.

If Snapchat continues to grow, which other platform will start to fall?

One thing we absolutely know about time: It is finite. So, we know a lot of people are spending oodles of time on Facebook. And YouTube. And to lesser degrees Instagram, Twitter and LinkedIn. Snapchat is capturing more of that time–especially among younger folks. But, what if it continues to grow–especially among older people? Won’t time spent on one of those other platforms take a hit? There just isn’t enough hours in the day. This is the conundrum I found myself in while using Snapchat this past week. I’m already using Facebook to keep tabs on friends/family. I use Twitter sparingly. I use Instagram a bit. I check LinkedIn for business purposes. That doesn’t leave a lot of additional “social media time” for much else. I’m quite sure I’m not alone in having that mindset.

So, there you have it. One 42-year-old’s takes on using Snapchat for a week. I think I will continue to use it a bit–if nothing else, for the Discover tool, which I really, really, really like.

Old people who read this blog: What about you? Are you using Snapchat these days? Why or why not? I’d love to hear from others in the 40-plus age range.